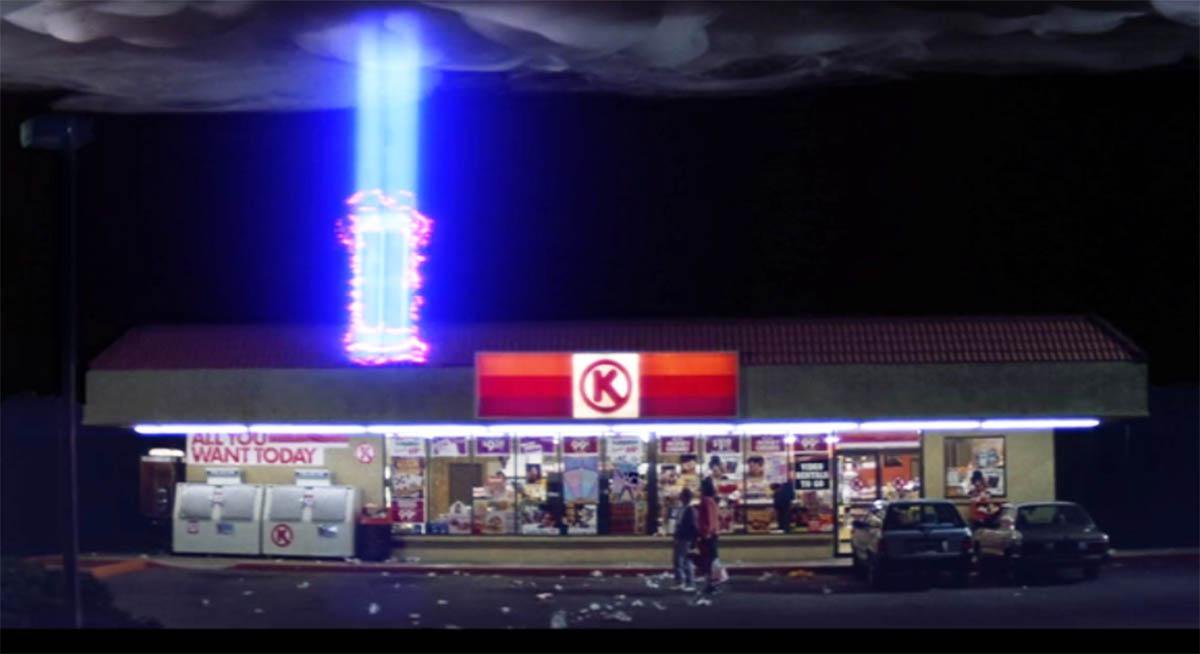 About a year and a half ago, our own Adam Bumas wrote an article about living in the city that plays home to Spider-Man: Homecoming — Queens, New York. It’s one of my favorite articles that we’ve published on Lewton Bus. As someone who lives in a city that is, suffice to say, less popular in pop culture than New York, I don’t have many opportunities to write a similar articles.

Which is why I’m very excited to finally get my chance. Yesterday marks the thirtieth anniversary of the greatest film ever shot in my home city: Bill & Ted’s Excellent Adventure.

No, I’m not from San Dimas, California. My high school football did not, in fact, rule.

Rather, I live in sunny, sometimes pleasant Phoenix, Arizona. Not known as a typical hotbed of pop culture, it’s rare to see my city represented on film. I can think of a handful of films (the opening of Psycho and like five minutes of Little Miss Sunshine come to mind) that were both shot and set in Phoenix. This year’s A Star Is Born features multiple scenes set in Phoenix and the main character hails from the state… yet everything was shot in California. And while Bill & Ted’s Excellent Adventure uses its Phoenix filming locations as a stand-in for San Dimas, it’s use of many landmarks from the Valley of the Sun make it arguably the best cinematic representation of the city.

If We Were One of Europe’s Greatest Leaders, and We Were Stranded in San Dimas for One Day, Where Would We Go?

One of the funniest sequences in the film is Napoleon Bonaparte, one of history’s greatest military strategists and ruler of early 19th century France, enjoying a day at San Dimas’s finest waterpark. There are loads of obvious jokes (Battle of Waterloo being Napoleon’s final defeat, Napoleon being short, etc.) but really the joy is in seeing someone in 1810s French military garb push kids out of the way in order to ride a water slide first. It’s such a great scene.

Located in Mesa not far from Arizona State University, Golfland Sunsplash served as the filming location for this montage. The 36 year old amusement park features everything from water slides to mini golf to bumper cars and more. Given the intense heat of the Phoenix summer sun, Sunsplash was one of the three biggest waterparks in the valley for decades.1 If you look closely during a POV shot on one of the slides you can see one of the castles that make up the park’s aesthetic and are instantly recognizable to Phoenicians.

And it’s still open! During my early twenties I worked for a few years just across the street from Sunsplash, making this one of the filming locations I’m intimately familiar with. I spent months during the summer waiting on families who just got back from the park, and while I’ve not been myself in probably two decades, I can confirm that it hasn’t changed all that much in 30 years.

Strange Things Are Afoot at the Circle-K

It takes an iconic scene to turn a mundane convenience store franchise location into a movie nerd tourist attraction, which is exactly what Bill & Ted’s Excellent Adventure did for the Circle-K location on Southern and Hardy roads in Tempe, Arizona — again just miles from my alma mater of ASU. While the primary signage has changed and the old ice machines have been replaced with newer models, basically everything else about this Circle-K has remained exactly the same. The parking lot is essentially identical to what it was thirty years ago. It might not have been a landmark before the movie hit, but it is now.

Special thanks to RetroDaze for this great side-by-side

Just don’t ask the staff when the Mongols ruled China.

Much like Sunsplash, I used to work remarkably close to the location used for the “historical figures destroying San Dimas mall” scene. Metrocenter Mall in North Phoenix was, at the time, one of the biggest and newest malls in the country. Opening in the 70s, it was the gold standard for shopping complexes in the valley for years, giving the rapidly expanding North Phoenix suburbs something of a hub for shopping, dining, and entertainment. There’s even the biggest dang amusement park in the state in the Southeast corner of the Mall’s lot.

And while the mall is still standing, it’s sadly a shadow of what it once was. The suburbs — and the city’s wealth — continued expanding north, creating their own shopping malls and plazas as they went. What used to be the wealthy part of town surrounding the mall slowly turned into a lower-to-middle class segmentation, causing the mall and surrounding stores to struggle financially. The mall itself slowly got run down, with something like 75% of the storefronts now sitting empty. The centerpiece stores — Sears, JCPenny’s, and Macy’s — ran into macro-economical struggles of their own, leading to many of the large department store segments of the mall to turn vacant. The Sears closed last year, JCPenny’s closed their location in order to consolidate with the location at a different valley mall a few years prior, and Macy’s shut down half their store and now serves merely as a “clearance” retailer.

Over 140 of the 175 spaces in Metrocenter Mall are empty

As I said before, I used to work in the Metrocenter shopping plaza at one of the restaurants on the outskirts of the mall’s parking lot. Like many of the eateries that bordered the mall, it no longer resides there, having shut down due to the lack of foot traffic and replaced by a bank or something of the like. The city is currently renovating the mall, hoping to turn the mall and surrounding area into an all encompassing business, facilities, and medical zone that will hopefully re-introduce people to the area.

So, suffice to say, Metrocenter Mall no longer looks as it once did back in the late 80s.

Cinematically, there’s nothing in Phoenix that was bigger than Southwestern Studios in Carefree, Arizona — located about half an hour north of Metrocenter Mall. Dozens of films were shot here, including the recently released Orson Welles film The Other Side of the Wind and Michaelangelo Antonioni’s Zabriskie Point. It most famously served as the home of the Dick Van Dyke Show.

Which meant by 1987 Bill & Ted were in excellent company when they shot the Billy The Kid segment of the film on the “western street” of one of the studio’s lots — a section of the studio grounds that served as the filmming location for many 70s westerns including Man and Boy and Pocket Money . The Carefree area, at the time, still hadn’t been fully developed and featured acres of pristine desert landscaping, which gives the Old West scenes a feeling of authenticity — even for a slacker time travel movie about a rock band that saves the universe.

Sadly, the studio shut down in the 90s and has since been turned into retail property due to the continued expansion north of Phoenix’s suburbs. What once hosted legendary filmmakers like Welles and Antonioni now is a Target.

One of the final iconic landmarks shown in Excellent Adventure is Scottsdale’s Coronado High School, which served as San Dimas High School for the film. The 58 year old campus served as the exterior shots of the school, where the now-demolished East High School in Phoenix served as the interior of the auditorium. We really don’t get much of a good look at San Dimas High School, so there isn’t much to latch as “unique” for most viewers — unless you know what to look for. Back in the 80s, the auditorium for Coronado had a piece of art created by the school’s original art teacher Joe Gatti and assembled by the fine arts students in the mid-60s. No other school in the valley has anything like the Mosaic of the Seven Arts.

In the film, you can spot the piece as Bill and Ted get into Missy’s red Mustang, a backdrop that almost feels like a wink to the city. Today, the mosaic still stands even though the auditorium has been completely renovated. Piece by piece it was moved to the new auditorium, creating a beautiful, singular piece that separates Coronado from the other schools in the Valley.

In it’s new location outside the renovated performing arts center.

So now you’ve digitally traveled the world of Bill & Ted’s Excellent Adventure and maybe, just maybe, found a new dorky-ass place to visit if you’re in the Phoenix area. Now that I’ve bored you with the behind the scenes minutiae from a 30 year old cult movie, there’s really only one thing left to say:

“Be excellent to each other… and party on dudes!”

Event: STREET FIGHTER at the Uptown Nightclub Previous
Chris Hemsworth will Play Hulk - Hulk Hogan, That Is Next