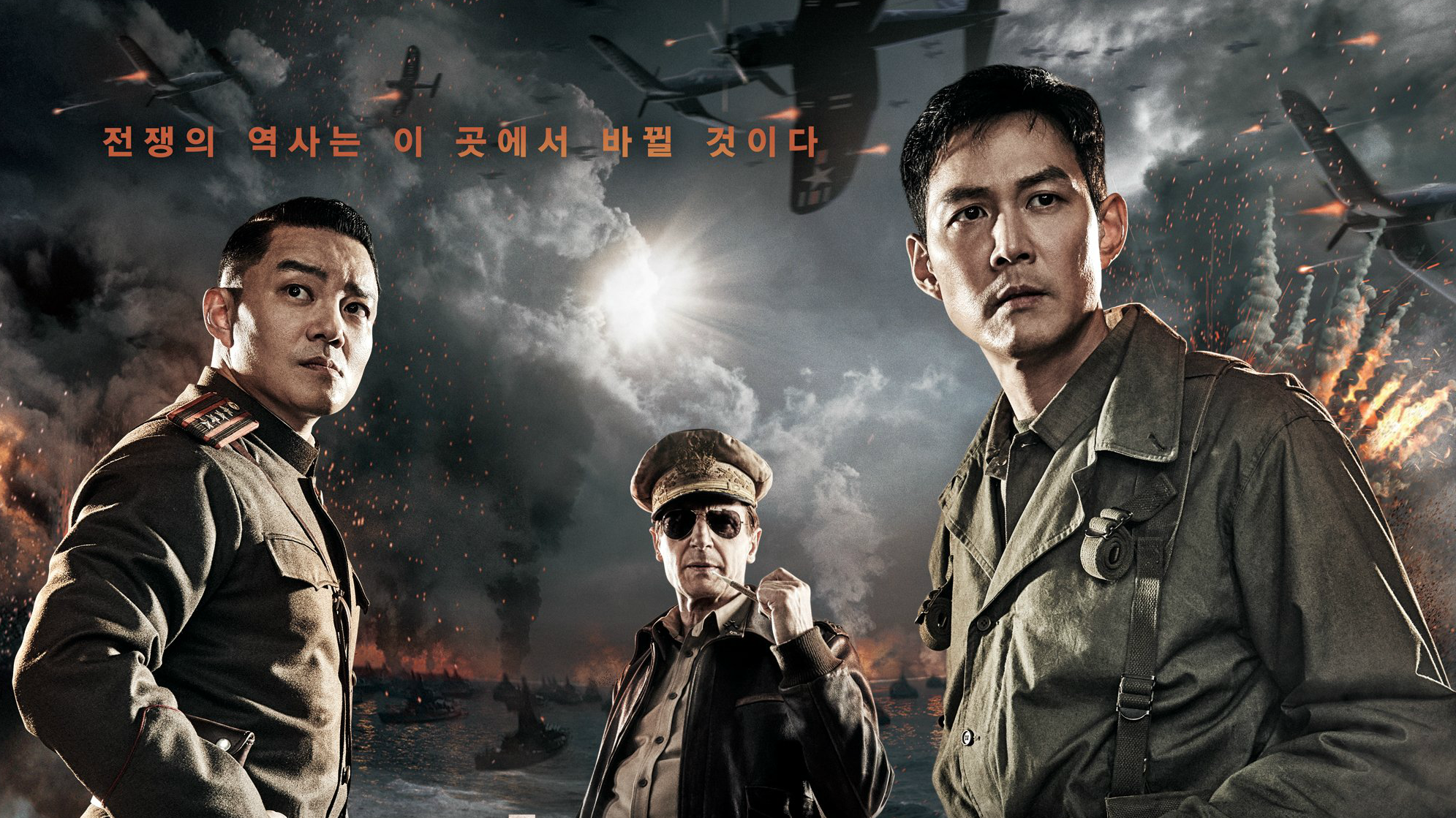 The Korean War is often referred to as “The Forgotten War”, a bloody conflict fought by beleaguered allied forces shortly after World War II that tore the Korean peninsula asunder. Spurred on by the containment policy of the burgeoning Cold War between the United States and the Soviet Union, North Korean forces backed by Chinese and Soviet support sought complete control over the region, as U.S./Allied forces of South Korea with fought desperately to stem the tide. For those unfamiliar with the timeline of the conflict, this excerpt from History.com gives a very brief summation:

On September 15, 1950, during the Korean War (1950-53), U.S. Marines force made a surprise amphibious landing at the strategic port of Inchon, on the west coast of Korea, about 100 miles south of the 38th parallel and 25 miles from Seoul. The location had been criticized as too risky, but United Nations (U.N.) Supreme Commander Douglas MacArthur (1880-1964) insisted on carrying out the bold landing. Afterward, the American-led U.N. force was able to break North Korean supply lines and push inland to recapture Seoul, the South Korean capital that had fallen to the Communists in June.The landing at Inchon changed the course of the war; however, the conflict later settled into a long, bloody stalemate that did not end until a July 1953 armistice.

The Inchon landing was instrumental in preventing a complete defeat of allied forces, but one of the lesser known (to Americans, at least) components of that operation is the incredibly dangerous reconnaissance mission conducted by a covert team of U.S. and Republic of Korea (RoK) forces on the days prior to the beach invasion. Code named “Trudy Jackson”, the operation was conducted by a special unit known as “X-Ray”. The 2016 Korean war film Operation Chromite brings this story to life on the big screen. However, the proceedings take great liberties for the sake of blockbuster action spectacle and nationalistic melodrama, so the events that unfold are to be taken with a certain amount of scrutiny. Nonetheless, the film remains one of my recent favorite war films, a barefaced assault of unbridled patriotism that hearken back to the Hollywood war films of yore that reveled in the daring-do of mighty heroes and an unambiguous black & white morality.

Operation Chromite stars Lee Jung-Jae as Captain Jang Hak-soo, A RoK Navy Intelligence Officer tasked with obtaining vital information about Incheon Port to ensure a successful landing. The mission orders come directly from of General of The Army Douglas Mac Arthur, the Supreme Commander of Allied forces in the Pacific, played by Liam Neeson in all his grizzled glory. Standing in the way of success is the shrewd and cunning DPRK Commander Lim Gye-Jin, played to the evil jackbooted hilt by Lee Bum-Soo. After infiltrating into the North Korean Army to gain access to the defensive positions at Incheon, Captain Jang and his heroic team of commandos race against time to clear the way for the invasion, while evading the heightening suspicions of the formidable Commander Lim. Operation Chromite is an all-star affair of sorts, with Lee Jung Jae and Lee Beum-Soo both having prolific television and film careers in Korea, with Neeson’s added star power is meant to give the film some international prestige flair. Its fascinating to see how all that star power on paper translates to a highly melodramatic and ham-fisted piece of wartime propaganda that borders on the cheap looking. Most of Neeson’s scenes take place in one room, and he barely shares any screen time with the main Korean actors. Despite all that though, once the action revs up, I couldn’t help bet be swept up in the bravura adventure that unfolds.

Operation Chromite vaguely touches upon the particulars of the “Trudy Jackson” operation, to include a very brief portrayal of US Navy Lieutenant Eugene F. Clark who played a significant role in the operations. However, despite appearances of being a joint venture, the film is firmly about glorifying the Korean soldiers, resistance fighters, and noble Korean civilians integral to the mission’s success. Throughout the film, the geographic and strategic difficulty of trying to land at Inchon is stressed repeatedly, as multiple characters mention the famous “5000-to-1 odds” of a successful landing. That said, the film is far less a calculated strategic drama and much more about explosions and hot-blooded heroism. Nonetheless, the Trudy Jackson operation at Inchon is the stuff of legend, and the movie aggrandizes that myth to full effect.

If exalting the incredible actions of the X-ray team was the goal, Operation Chromite is at least as successful as any other big budget modern warfare film, but it is interesting to observe the real world parallels of the mission to other well known elite paramilitary organizations. Of note, the exploits of the X-ray team recall the origins of the United States Navy SEALs. During WWII, the Navy recognized the need for the covert reconnaissance of landing beaches and coastal defenses. As a result, the joint Army and Navy Amphibious Scout and Raider unit was formed. The Scouts and Raiders mission was to identify and reconnoiter the objective beach, maintain a position on the designated beach prior to a landing, and guide the assault waves to the landing beach. This also recalls the follow on establishment of the Naval Combat Demolition Units, specializing in explosive cable cutting and commando raiding techniques, who took part in the invasion of Normandy in the European campaign. Additionally, the SEALs claim lineage to The Office of Strategic Services (OSS), the progenitor to the CIA, that executed special operations by dropping operatives behind enemy lines to engage in organized guerrilla warfare as well as to gather information on such things as enemy resources and troop movements. All of this clandestine and overt military capability comes into play by the men of the X-ray team, as the film begins as a taught espionage thriller that steadily ramps up into a full blown action bonanza in its finale.

It would be easy enough to dismiss Operation Chromite as a trite piece of bombastic propaganda. As a student of these types of movies, I have to remain aware of the power of this kinds of messaging and how it affects the audience. Having said that, I still ultimately enjoy what Operation Chromite brings to the table as far as an entertaining war film created in the modern era is concerned. More importantly, any time that the bravery of men and women at war from nations beyond America can be shown on screen, it is always worth paying attention and taking note. Just as well, we would do well to remember the brave Korean soldiers who sacrificed everything for future generations of their people, that they might prosper and perhaps one day even see the dream of peaceful unification become a reality.

The Soldiers of Team “X-ray”