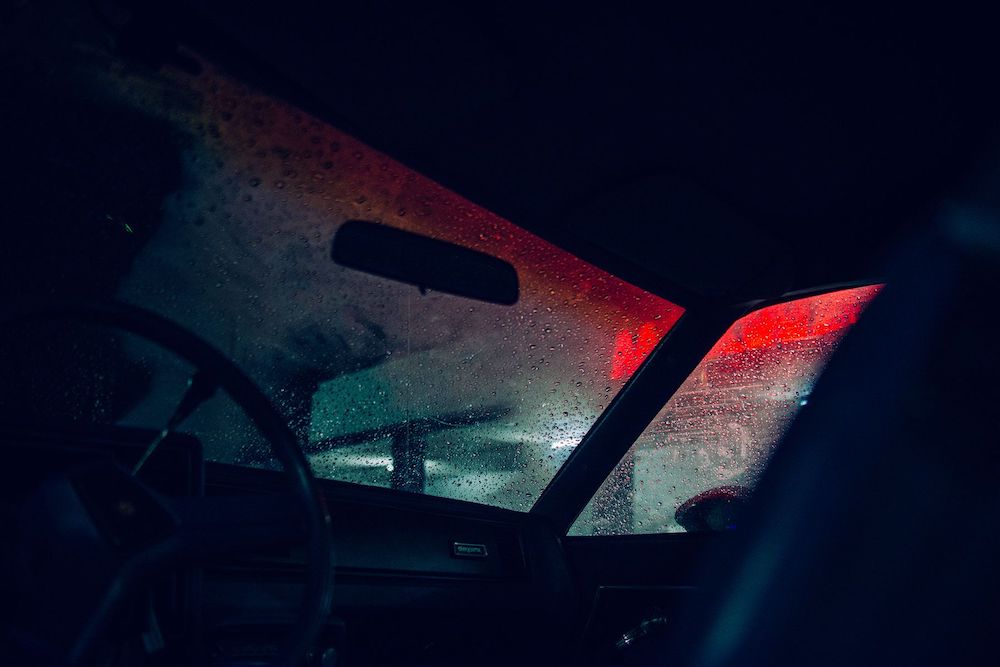 This is exactly the kind of quarantine creativity I crave. Something well-produced yet with some shoe-string flair, that “what can I get my hands on around the house” type of spark. BlameSociety founder Aaron Yonda has used this spark to light Junkyard Joust, a delightful derby of miniature cars, trucks and other vehicles competing in teams, sliding down a single track one after another, to knock opposing cars on their sides or upside-down, as only upright vehicles garner points. As Yonda himself describes it:

Here’s what I’ve been spending my time doing during the pandemic!  Smashing my Hot Wheels up in slow motion. I used to do this as a kid so I figured why not turn it into a show. Hope you enjoy something new! Safe for the kids, no swearing!

If you dug those marble racing videos, you’ll get a kick out of Junkyard Joust, with its wonderful model-scale set, Yonda’s color commentary, and many, many exciting collisions and crashes. There are two more episodes out as of this writing, for your sportswatching pleasure.

I’ll be straight right off the bat: this is gonna be a hard watch for a lot of people. It’s incredibly sad and at times infuriating to watch this story unfold as you can’t help but see how utterly avoidable the tragedy was.

But there is also a lot of hope and inspiration in the story, much of it courtesy of the late Christa McAuliffe herself.

I remember the Challenger disaster like a shadow over my childhood, though I can’t remember for sure when I became aware of it or when I first saw footage. My imagination leads me to think that I may have watched it live, beamed into my classroom on that fateful day, but it easily could have been that evening, that week, or even years later.

But the name that was always synonymous with it was Christa McAuliffe, the teacher,1 though it wasn’t until I watched this documentary series (Netflix, 2020) that I learned much of anything about who she was as a person, or what the world lost that day.

Curious and outgoing and with a truly inspiring zest for life and love of teaching, it’s hard not to watch the ~35 year old footage of McAuliffe and still feel her energy radiating out of the screen.  It’s easy to see why she was selected for the mission.  She was the type of person who inspires, and that was what NASA desperately needed at that point in their history.

The documentary itself does a good job of painting a picture of the NASA of that era, and the events which led to the disaster. It frames the story as two colliding narratives – the first of the Space Shuttle program itself, McAuliffe, and the waxing and waning of public interest in the space program; and the second of hubris, political pressure, and engineering malfeasance.

The hope present here is that through curiosity, kindness, joy, and passion, we can affect those around us in a positive way, and also that it is possible for systems to be corrected. Too often this correction is slow, and comes only after a great cost has already been paid, but it can be done.

Perhaps if we start with the first we will have no need for the latter.

I’m absolutely buried in work, lately. It feels as if I can barely get my head above water before the flood comes rushing back in. In the midst of the deluge, I’ve been nodding my head in near continuous loop to the 9th studio album by Deftones. Ohms is the first record since 2004 that was also produced by the legendary Terry Date, who worked on their first 4 records. Never a band content to stay put, Deftones have consistently pushed and evolved their sound over 3 decades, building soundscapes and ethereal beauty into the melodic dissonance and sheer volume.

This album began life as jam sessions between the original 3 members2, who reconvened in California to try to rediscover some of the magic that catapulted them onto Madonna’s radar when they were basically teenagers. What they found is a sort of cohesion and energy that has been sometimes elusive for the band in their later years, as different projects pushed and pulled creative voices within the group. These three Sacramento natives found a resonance that seems rooted in their fraternal appreciation for making art together, gradually pulling in the other band-members, and finally Terry Date himself, to help mold and capture the moment.

The result is that I have found it nearly impossible to stop listening, first as the closing and opening tracks were released, and finally as the full album became available on Friday. This record feels at once fresh and new, while recapturing the spirit and intensity of those early records. It’s not as though Deftones have ever put out a bad record, but this feels like a band completely revitalized. The locked-in groove of Cunningham’s beats and Carpenter’s angular and crunchy riffs, mixed with what is probably Chino Moreno’s most exciting vocal performance, provides a rock-solid foundation. While Carpenter eats up the low-end on his 9-string, Sergio Vega’s bass lines soar into new territories while Frank Delgado provides some of the most impressive atmospherics of his career. Ohms feels like the band pulling together a perfect balance of all those influences their 90s peers were too cool or angry to revere; Duran Duran, Depeche Mode, and The Cure would be proud of this banger.

More important than any of that is that this album just plain rips. I’ve been bobbing my head for 24 straight hours, and the end is nowhere in sight.