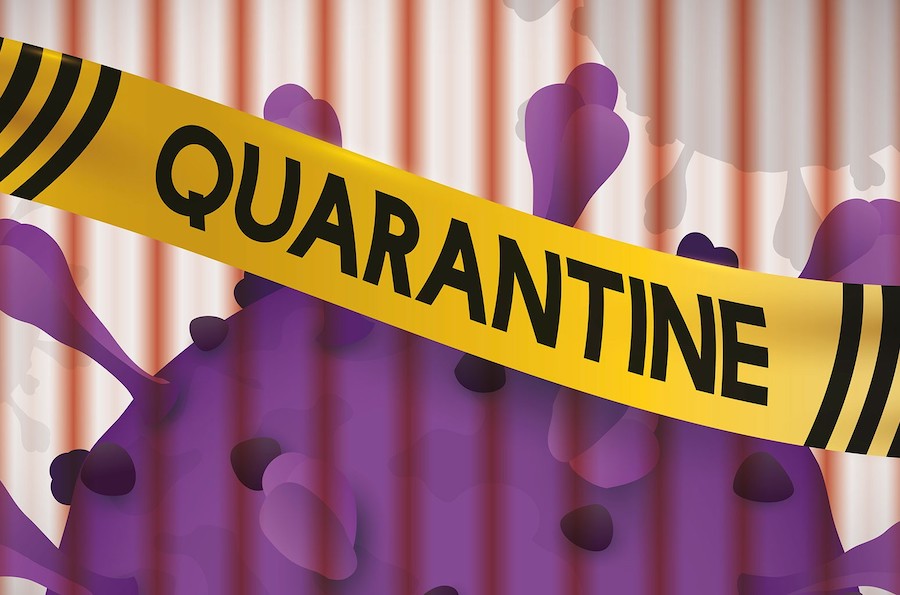 I’m about half way through a rewatch of one of my favorite comedy shows of all time: Community. Its particular mixture of sweetness, self-aware comedy, and general weirdness is very much My Thing. It’s turned out to be a decent salve for my pandemic-induced malaise.

Also, it’s remarkable how multiple directors from a half-hour, single camera sitcom are now blockbuster filmmakers (Justin Lin and the Russo Brothers) while one of the supporting players is now an Oscar-winning screenwriter (Jim Rash). Not bad for a show that featured a story involving the “Ass Crack Bandit.”

I’m working too much. I pretty much never stop. It’s…

Don’t get me wrong. I’m grateful for everything I have. I’m grateful that I’m still working and that my family is safe and comfortable. But, still… Where’s the off switch? The days are bleeding into each other and I can’t seem to get a handle on things no matter how far ahead I feel I’m getting. But a nice punctuation in the weekly grind has been (shameless self-promotion inbound) Cinema Chance Cube. For the past 3 weeks, Shannon and Kevin have joined me to pick two movies a piece, and then roll Watto the Toydarian’s favorite gambling instrument to see what we’ll be discussing next time we record.

The whole thing is a goof, clearly. I mean, it started as a rather grim joke about Russian Roulette, but when we couldn’t stop laughing at the disgustingly sexual way that Watto mentions his cube in (1:47 in the video below), we knew the name was gonna stick. And so far, so have we.

We’re genuinely excited just to be able to have an element of surprise to the week. While one of us might pick a genuine classic for one of our 2 choices, someone else (Shannon) might decide to role the cube on a Uwe Boll movie.1 We never know what the cube will decide, and it’s a delight. It’s also just fun getting together with these idiots to shoot the cube once a week. And after having listened to the awesome job Kevin has done editing these, I have to say that the joy is pretty infectious (and the joy isn’t the only thing). This show, unlike so many random white dude podcasts, is actually as much fun to listen to as it is to record. From random appearances by ‘Alex Jones’ to not-so-random appearances by everyone’s favorite Toydarian, you kind of never know what you’re getting into. Also, the first episode is about the 1990 trash-classic I Come In Peace/Dark Angel, so you already know we’re doing good work.

The extra element of fun is that after five episodes, whoever has had the least movies chosen at random gets to load the Cube with the movie of their choice from past selections, and force the other two to watch it. No appeals. No mercy. That’s the way the Cube tumbles.

And then, there’s James Wan’s Aquaman.

There’s almost nothing left to say about this movie that hasn’t been said already. It made a boatload of money, and cemented Jason Momoa as a star. It also proved the DCEU had more than Wonder Woman in it. This movie is a big, warm, soggy dumb hug. Unflinchingly earnest and heartfelt, Aquaman refuses to pull a single punch, emotionally. Much like the titular hero, it is unashamedly human and devoted to the kind of fun pulp adventure that people don’t get much of any more. A weird mix of Black Panther and The Sword In The Stone, this is a movie that cast cinematic treasure Julie Andrews as a Kaiju without skipping a beat. The characters are all beautifully portrayed by actors committing to the vision of director James Wan, who demonstrates once and for all that he is a cinematic force to be reckoned with. The effects and action sequences in Aquaman rival anything in the past two decades at this scale, short of maybe the Lord Of The Rings trilogy. However, the movie’s real superpower may just be how much it commits to the bit. This is a movie that is not ashamed to be what it is. It’s a movie that looks you in the eye and says, “Hell yeah, this is a movie about goofy-ass Aquaman! Are you down?!”