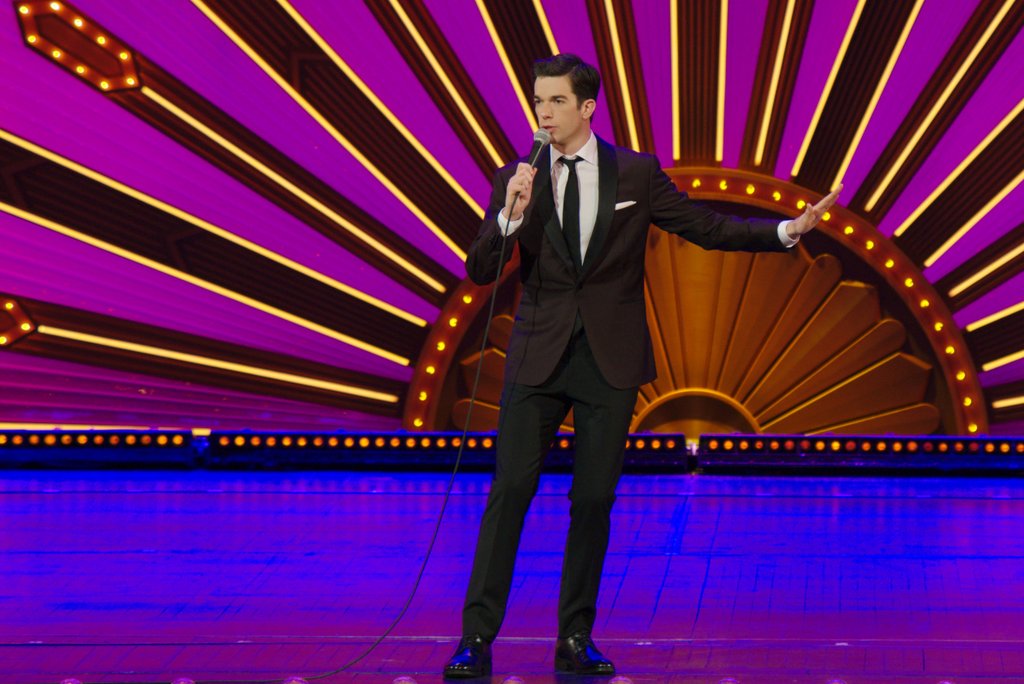 Each week the Lewton Bus gang will get together and write up a brief account of something we’re digging hard on this week. It can be a movie, TV, John Mulaney’s new stand up special, music, or anything, really!

A sarcastic doofus at Shudder compared this to E.T. and though it’s clearly closer in spirit to classic psychic baby stories from peak Cronenberg and Lynch, this isn’t far off. E.T. may have been more like its psychotronic cousins from the era than I’d given it credit for. This film’s Elliott, then, is Tina – a gangly Berlin teenager whose emotional adolescence is characterized primarily by fear, and for whom the trials by fire of early adulthood are personified in the form of a vaguely adorable rubber hairless monkey thing that rummages through her shit at all hours. They are psychically linked, as the genre dictates, but to far more more ruthlessly weird effect than I’ve seen in some time. Our heroine’s lanky physicality sells her discomfort, as do her believable histrionics at phenomena that the film’s population gaslight her into trying to pretend aren’t happening. The film is smart enough to straddle the line between perspectives so that we never have to accept any sort of reality as empirically true, whatever that would even mean – surrealism is never well served by attempts to ground the absurd. It’s visually and sonically challenging, with intense, cheaply rendered nightscapes, strobing clubs, and a vicious post-gabber industrial score. It’s a unique film that I’m sure appeals to narrow tastes. I’m glad to have discovered it. Shudder is worth the monthly pittance.

I’m digging getting more work done on my most recent tattoo at Modern Electric Studio in Berkeley. My tattoo artist, Aaron, is a genius. I literally walk in with semi-coherent blather and he turns it into something not only beautiful but also rich in complex visual imagery. I imagine working on tattoos with him must be what it’s like for a director to work with a really good art or production designer. I’ve been a lighting and set designer but I’ve never been a director, so I’ve had to translate grunting and rambling into an idea and it’s painfully difficult. This guy deserves some kind of medal.

My dad is not what you would call a stand up guy. I mean, by that he never really cared for the exercise one bit. He’s also an English teacher of the “BBC, received pronunciation” persuasion, so you can imagine how American stand up might not really be his thing. Nine months ago, I was watching John Mulaney’s The Comeback Kid for, oh, the fifth time in a year, and he just happened to walk by the living room. He stayed, standing, for a few minutes, saying he was going to sleep, but the clarity of the English, the cleverness of the jokes about the weirdness of our daily lives, something in Mulaney’s persona and delivery just worked for him and he decided to sit down “just for a little while.” Maybe it was the slightly out of time personna of this “tall child” or the Catholic jokes, but something just worked, and it was one of those serendipitous moments when you like something one of your relatives happen to like as well, and you silently bond over jokes that are now part of the fabric of your gentle and familiar relationship.

John Mulaney’s new special, Kid Gorgeous (also for Netflix), is yet another all-timer with many jokes about catholic upbringing, Donald Trump, “the old times” and gazebos. It just makes me even happier when I consider that, when I go home for the summer vacation, I’ll spend an hour watching it and laughing with my dad. I’d encourage anyone to show John Mulaney to someone you aren’t used to sharing stand up with or watching funny videos with. You might be surprised by how good John Mulaney is at making people from many generations and backgrounds laugh together.

John Mulaney is my favorite comedian, and I couldn’t stop laughing when I saw him perform his new show, Kid Gorgeous. His comedic persona relies on clever subversions of expectations, stereotypes, and perceptions. On stage, he wears sharp suits and has the genial, handsome face of a 1950s variety show host. His voice sometimes brings to mind a man who is busy yachting. He looks perfectly harmless, a product of a bygone era. That’s what lulls you to complacency before he hits you with razor sharp wit and an undercurrent of darkness. His brand of observational comedy relies on finding the absurdity in every day things, like building a gazebo during the Civil War (he’s right – who would do that?) or how humans now have to prove to robots they aren’t robots. For my money, the funniest bits are the ones where he talks about himself as a child. He creates brilliant stories about being a misfit kid in a family of formal people who didn’t quite understand the kind of kid they had, one who would grow up to be one of the best stand up comics and comedy writers on the planet.

John Mulaney is one of my favorite stand-ups working right now, he has a particular gift for storytelling that is absolutely unparalleled. And his new Netflix special, Kid Gorgeous, is absolutely fantastic. Some of it I’d already heard through his various talk show appearances and his excellent job hosting Saturday Night Live, but it killed me regardless. The last five minutes, all about growing up Catholic, is the most painfully accurate (and also hilarious) description of white Catholic church services I have ever heard. It must be seen.

That’s all for this week’s edition of John Mulaney Digs, friends! Now what are you waiting for? Go watch John Mulaney’s new stand-up special!

But also make sure to stop down in the comments and let us know what you think of our digs. And what are you digging this week? It’s probably John Mulaney’s new stand-up special. I hear it’s pretty good!

Avengers Infinity War: Who's your Daddy? Previous
THE NATIONAL BOARD WITH A NAIL IN IT Special Report:... Next