Nobody Did it Better 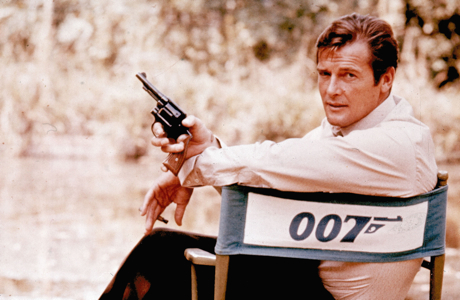 It has been reported that Sir Roger Moore, best known for his stint as James Bond between 1973 and 1985, has passed away this morning after a brief battle with cancer. He was 89 years old.

Roger Moore came to portray James Bond as the third actor to play the role after spending most of the 1960s playing the part of Simon Templar in the hit television series The Saint. He went on to have the longest career anyone has ever had in the part, playing Bond for twelve years across seven films. While I doubt anyone would consider Moore to be the “best Bond” or anything like that, his films were characterized by a playful lightheartedness, solid tone work and a friendlier take on the title character, buoyed by the fact that Moore was easily the most affable actor to ever play the character. No other Bond actor could have played the role the way Moore did in films like The Spy Who Loved Me or For Your Eyes Only, which featured a Bond that not only could recognize the personal agency of people around him, but also one who seemed genuinely concerned about the problems of others.

His nicer take on the title character was also almost certainly helped by the fact that, by all accounts, Sir Roger Moore was an incredibly kind and decent person who considered himself incredibly grateful to be associated with such an iconic character, and used his stardom to do humanitarian work with UNICEF. He eventually received his knighthood for his charity, and stated that he felt very privileged to have the opportunity. When asked who his favorite Bond actor was, he didn’t name himself, but instead suggested Sean Connery or Daniel Craig. He may not have been the “best Bond”, but it’s arguable that, personally, nobody did it better. So long, 007.

Moore is survived by his wife and three children.

Writing WRATH: An Introduction Previous
Kick the Tires and Light the Fires, TOP GUN 2 is Happening! Next