My body my choice? 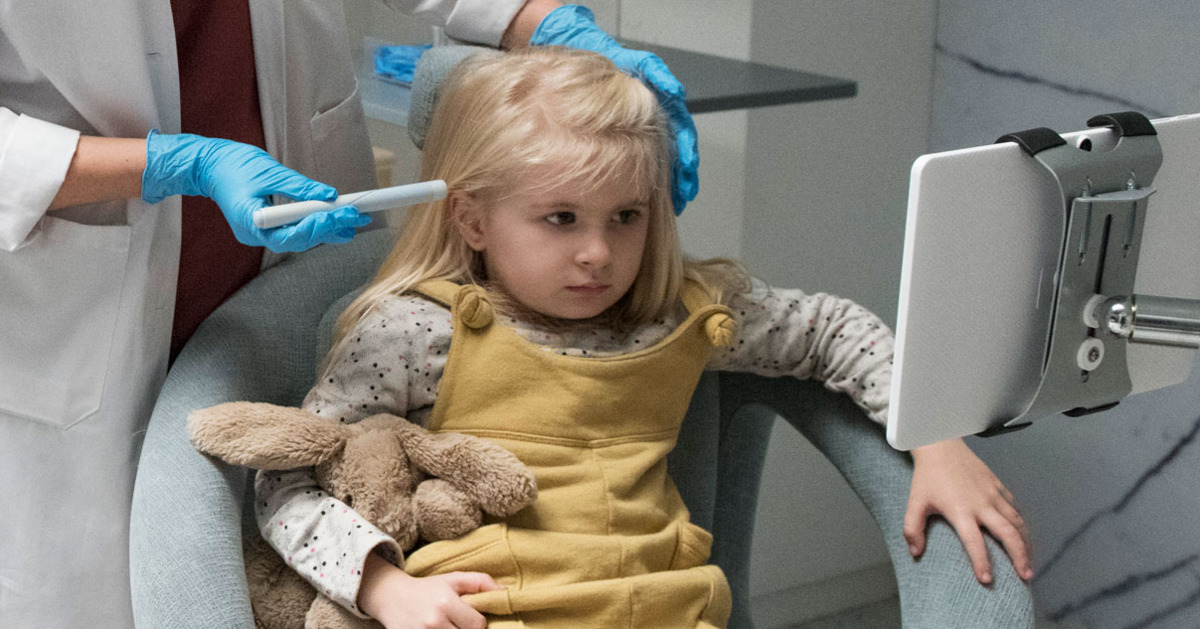 I’ve gulped down my second coffee, hectic and wide-eyed, excited by the prospect of the 5 episodes that I still get to watch on this faithful day of Laze and Binge. I take a small break, butter some toasts while my pounding heart expects more of the roller-coaster of horror and laughter that was USS Callister.I open my window to the twitter-verse and dive head-on into a swarm of tweets with the key words “USS Callister” in them. Reactions seem unanimous. People love it. We’re a community of ecstatic bingers unsettled and enraptured by the first episode. I skip the mentions of other episodes. Some people woke up early to binge it all and seem ready to spill the bean to the other folks in this transnational Agora. About USS Callister, still, a consensus is reached and I am positively excited at the fact I share the common opinion that the first episode is “Good”.

Next up on the list is Arkangel. I decide to proceed by order. I understand that Charlie Brooker, showrunner and writer of ALL the crazy scenarios presented before me, has set those episodes in a specific order. I read the name Jodie Foster, read some non-spoilery tweets about the hype and ready myself for heavy family drama.

A neurological device, implanted in a child’s brain, allows a new mom to peek into her baby girl’s eyes. With a neat tablet, not only can she monitor her daughter’s visual feed at all time, but also hide with a puddle of pixels whatever stress-inducing events happen in front of her baby girl. From an angry dog to a puddle of blood, all things can be muted if the mother sees it fit. Of course, this backfires in the way you can imagine, when a child’s perception of violence is toyed with at an early age.

Brooker write stories that have bodies and minds either unaware of all the wrong technology is doing to them, or trying to fight against a system that they perceive as doing them wrong. This story is of the former type.  Discovering that technology is actually bad for you happens only after irrevocable harm has already been done.

But “Arkangel” doesn’t show technology as a relation-starter, not is it the epicenter of what is happening between the characters. The mother-daughter relationship seems to be what interest both Jodie Foster and Charlie Brooker. Both are no strangers to depicting dysfunctional yet loving families.  Their collaboration on this episode let the story and relationships grow and deepen our understanding of some of the unsaid care and love between a mother and her daughter. This is one of the few episodes where I wanted more out of the relationship between those two, because it came from a place of genuine empathy. Until Black Mirror’s law ultimately destroys everything.

In a way, the organic relationship that is to be found in this episode gets eaten alive by the ominous mechanic at play within each Black Mirror episodes. Because technology must destroy things and people, it destroys the organic bond between a woman and her daughter. In a way, it’s the mechanic of the story itself that sets the course for the violence that ultimately destroys the family unit. Though, thanks to how relatable both the daughter’s and the mother’s predicament is, the mechanic of this story never feels totally artificial. Not like another story we’ll talk about next. Looking at you, “Crocodile.”

What sells this story in is how well the writer and the director establish the relationship, how the mistake that was made in the first place to trust the system (the object and capitalist society in general), ultimately imprisons bodies and minds.

As a tale of bodies and minds, “Arkangel” playfully deals with real-life situation experienced by actual parents and children by giving them the additional push of technology. Kids will be confronted to violent and graphic imagery during recess because there’s always a creepy or curious kid ahead of the curve with a cellphone and a working knowledge of snuff-films. Of course, it gets worse if it’s the first time your kid is ever confronted to those without context provided. Parents might have the urge to control whatever experiences they will go through during their teenagehood by reading their Facebook, private diary or searching through their bedrooms. Of course, it gets worse when the parents have an omniscient tool that allows them to see everything their kid did.

One of the most intriguing moments is when the mother discovers her daughter is pregnant before she is even aware, and gives her a pill to stop the pregnancy. Articles have been written about the specifics of this scene, how it’s a faulty representation of what happens with after-morning pills, and how this is different from abortion. We’re living in a world where women still have to walk the street to defend the right to do what they want to do with their bodies in many countries, so this felt like a weird, unchecked moment, that didn’t explore the themes of body-control as much as it should have, while also getting the details wrong.

Head scratching mistake apart, the concept itself is terrifying: playing with the trope of parent’s invasion of privacy, nurturing and neutering their bodies, and ultimately breaking them, is at the core of what makes a Black Mirror episode chilling. It’s not what new gizmo you invent in sci-fi that matters, but it’s what you recognize from your own reality, and how it’s amplified by the gizmo and goes haywire, destroying bodies, minds, and relationships. A slightly creepier, slightly more engaging narrative than the Nth article telling you how Millenials are turned dumber by technology (and will ruin the world), but is it smarter?

Rating : 3.5 “abortion-inducing protein shakes” out of 5

I laughed, I cried, or got horrified at:

The Cutting Room: CAT PEOPLE Previous
The Trailer for THE HURRICANE HEIST is Very Wet, Dumb Next