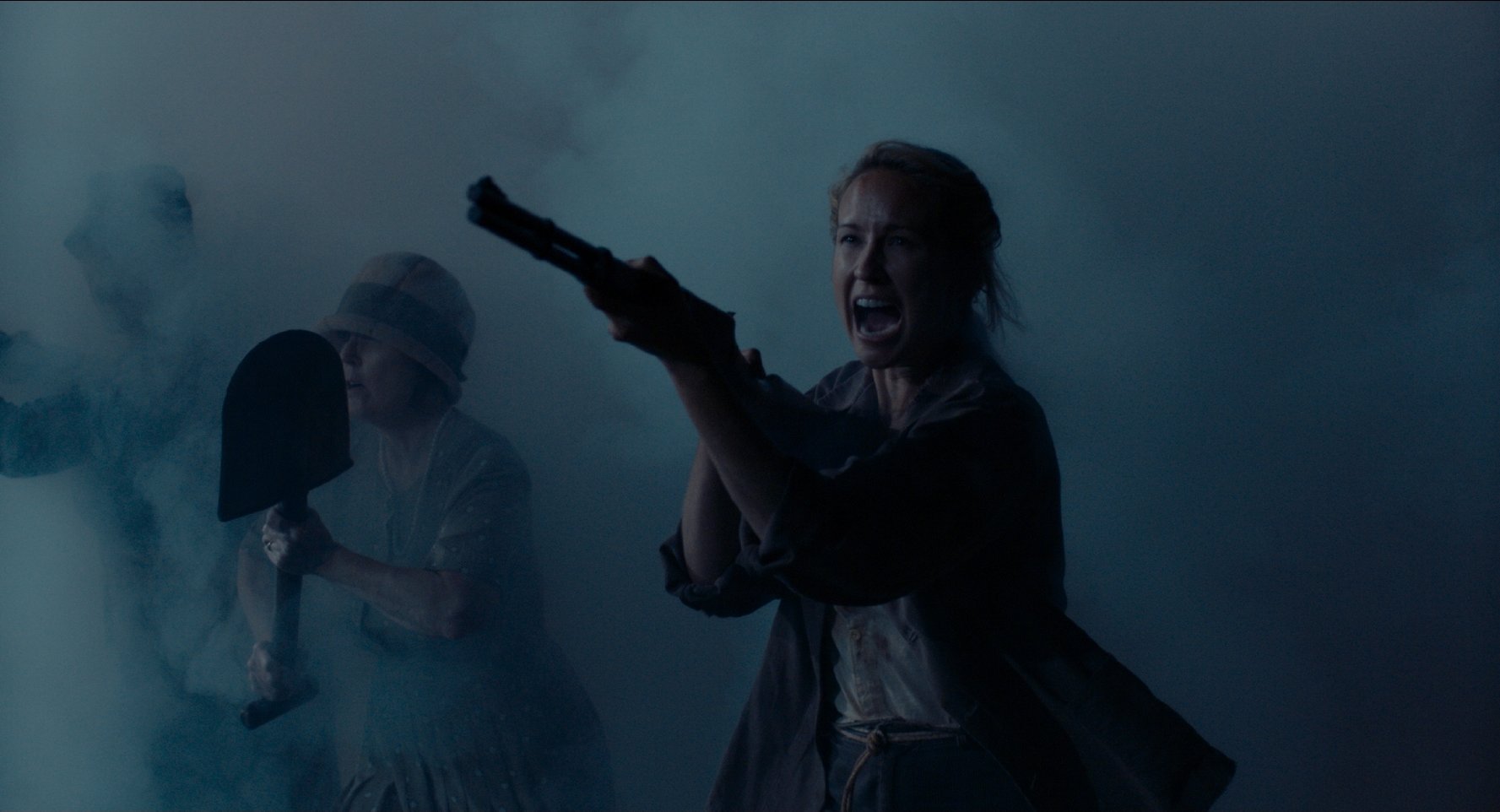 Sometimes all a comedy needs is a killer hook.  Whether it is a team of everyman ghost exterminators or a regular man being mistaken for Jesus, some of the greatest comedies ever made have relied on a concept that practically writes itself.  While Brave New Jersey isn’t as singularly great as the original Ghostbusters or Monty Python’s Life of Brian, its premise is just as inherently humorous as those films.

Taking place in the wake of the famous Orson Welles’ radio broadcast of War of the Worlds, Brave New Jersey follows the residents of a miniscule town in rural New Jersey as they panic over the perceived threat of an alien invasion.  Reactions to the alien arrival vary among the town, from children who question the veracity of the news, to the religious congregation who fear the second coming, to the everyday citizens who plan to fight the extraterrestrials to the death.  Little do they know, the broadcast is entirely fictional, but it gives them the chance to live what they think is their last day without inhibitions.

Comedies almost always live and die on their casts. Featuring a cast loaded with “hey I know that guy!” character actors all giving their roles their all, Brave New Jersey is no exception.  From stars Tony Hale, Anna Camp, and Raymond J. Barry, to bit parts for actors like Mel Rodriguez and Dan Bakkedahl, the film is loaded with comedic talents that shine throughout.  Bakkedahl in particular does a remarkable job of portraying a down on his luck pastor struggling with his faith, turning him from a symbol of religious mockery into a pillar of strength amongst the madness that ensues.

Hale is perfectly cast as mayor Clark Hill, a role that leans into all of Hale’s specific charms and quirks.  He’s your typical underdog, a man who does nothing but give himself to his community and friends while receiving nothing but disdain in return.  He lives almost every day as if he were nigh invisible, only called upon when someone needs something from him.  Hale plays this with an earnest sweetness while also using his Buster Bluth-ian physical comedy talents to increase the role’s awkwardness — Hale has a gift for effortless cringe-comedy that is used marvelously throughout Brave New Jersey, particularly in the early expository scenes of the film.  His character is even introduced being rebuffed while trying to hitch a ride from the outskirts of town, and Hale plays up the discomfort of the entire scene without making the character any less sympathetic.

Director Jody Lambert, whose previous work is highlighted by People Like Us (AKA the movie where Captain Kirk starts stalking/dating his half-sister), directs Brave New Jersey mostly with a simplistic and uncomplicated lens.  This isn’t meant a criticism — not every film needs to have a tracking shot every five seconds.  Rather, Lambert allows his actors and his script to carry the majority of the load for the film, and the film doesn’t suffer without this constant visual flair.

That is until the climax of the film, in which Lambert’s finest sequence comes to a head.  Not to get too much into detail, but the film escalates to the point where the townspeople charge into battle against the “alien menace” through a haze of fog and gunfire.  Lit with a blue hue that gives the moment a sheen of beauty, it looks as if it could be out of a non-farcical film, which makes the moment all the more hilarious.

Comedies are always hard to definitively judge due to humor being inherently personal, but I can say that Brave New Jersey absolutely worked for me.  Whether it be the concept that had me amused before I even saw one frame, or the top notch performances, Brave New Jersey had me laughing almost entirely throughout.  It’s not a flashy film by any means, and it isn’t going to wow you by subverting genre tropes, but it is an enjoyably delightful film that wears its heart on its sleeve like there is no tomorrow.

Ranking the Furious: A FAST & FURIOUS Franchise Ranking Previous
The Essence of Camp, Episode 49: KRULL Next