You can yell at me in the comments 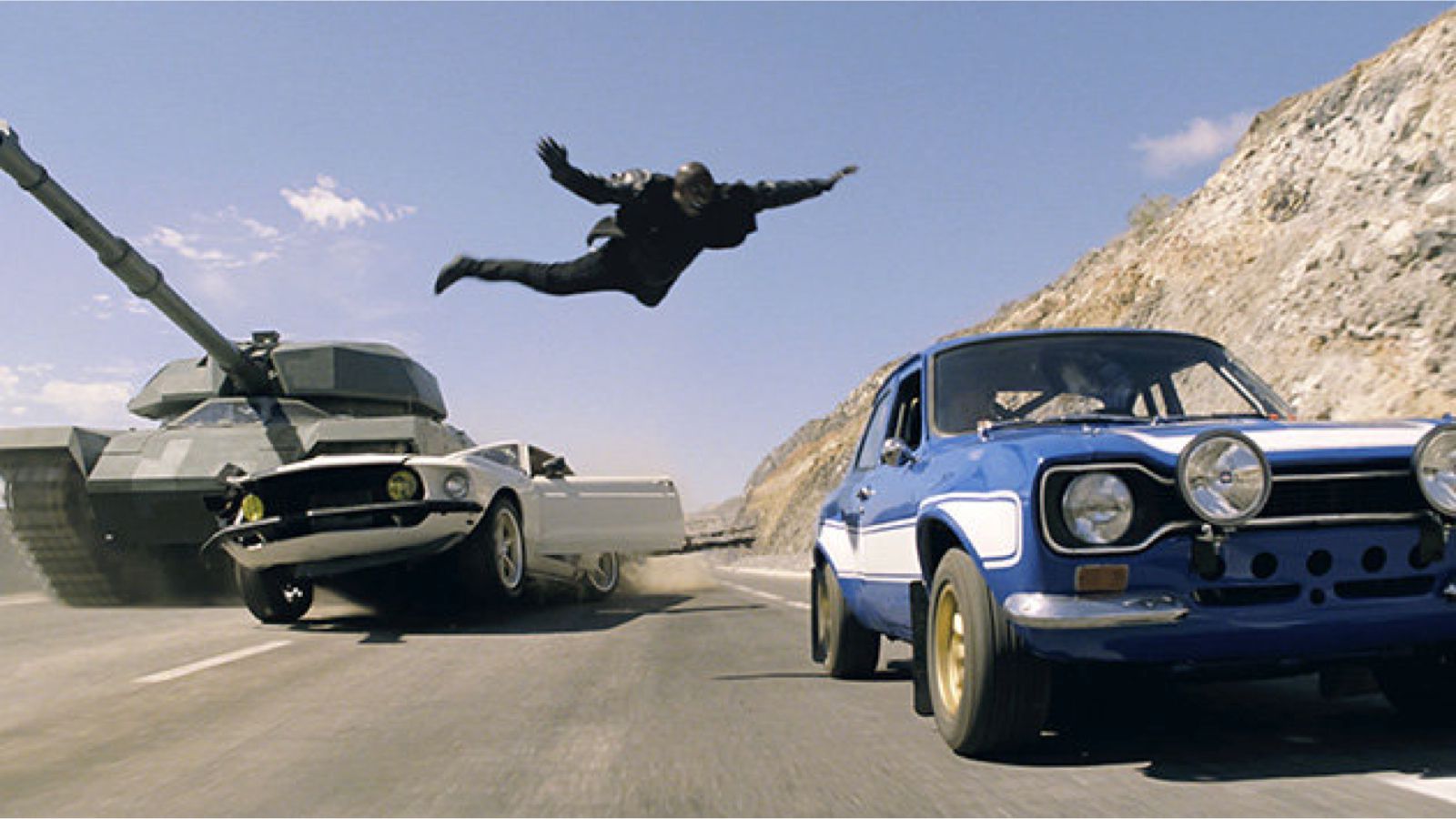 We here at Lewton Bus have dedicated the past week to the Fast & Furious franchise, and while we aren’t entirely done yet (we’ve still got some content coming down the pipeline) we are winding things down. That  being said the week would not be properly complete without the obligatory franchise ranking list.  As the site’s newbie to the franchise, I was tasked with constructing this list and now that I’ve viewed and can place Fate of the Furious on it, it’s time to count them down. From worst to first, here are your official Lewton Bus Fast & Furious rankings (bonus: make sure to click through and check out all of the brilliant editorials the staff writers wrote for the films):

While it is responsible for kicking off this entire crazy experience, the first Fast film isn’t exactly amazing. Poor direction and an awkward script keep this movie from ever really soaring. That being said it is responsible for establishing the iconography of the franchise and Vin Diesel is amazing in it. Bee McGee covered it here.

While much more fun than the first entry in the franchise (they land a car on a boat!), 2 Fast still is a film with a rather large number of flaws. The action direction still isn’t great, the script has significant flaws, and they cut out Dom, who was by far the highlight of the first film. All of this being said, it’s still the film that introduced us to Roman, and it deserves a bit of credit for that. Check out Tanner’s piece here.

The fourth entry in the franchise, is a lot better than one and two. It has competent action, a decently cool plot, and it reunites Dom and Brian, who are really the driving forces of the first seven films. Still, the film has it’s share of struggles and tone is chief among them. The joy that pervades the rest of the franchise just isn’t there, as the director and writers decided this was going to be the franchise’s gritty revenge thriller. It just feels like a miscalculation.  Jared did a great write up here.

5. The Fast and The Furious: Tokyo Drift

Quick PSA: every movie from here on in the list is really good. There are no stinkers remaining. Tokyo Drift, the third entry in the franchise, is where the films really started to find their feet, and all the credit goes to director Justin Lin. His fish out of water coming of age tale draws on everything the first two films did well, while combing them with inventive action cinematography and wonderfully crafted characters. Lucas Black’s Sean Boswell and Sung Kang’s Han Seoul-Oh (no joke that’s the character’s name) are amazing characters, and Han was so great that they made the next three films prequels to work around his death.  Andrew fanboys out right over here.

We’ll never know what the seventh entry in the franchise could/would have been if Paul Walker hadn’t tragically died in a car crash before filming could be completed. His death shut down production and nearly killed the film. The crew rallied and managed to work around his loss to complete the film but the seams inevitably showed. That being said the remaining film is still pretty good. The stunts are insane, the villain played by Jason Statham is magnificent, the characters are as great as ever, and the ending that the crew crafted to say goodbye to Paul Walker is absolutely beautiful. If this film doesn’t tug at your heart strings, you might be a monster. Will provides some insightful commentary here.

3. The Fate of the Furious

Wow. I’m going to be honest with you guys. I did not think that the franchise was going to survive Paul Walker’s death. Brian was such an integral character and Paul was such a core part of the cast that I just could not see a way forward without him. Fate of the Furious proved me wrong to my absolute enjoyment. This film is absolutely bonkers, balls to the walls cinema joy. It finds a way to both honor the franchise’s past and chart a way forward, while providing some of it’s most insane action yet. Make sure you check out our own Shannon Hubbell’s review right here.

This was the film where they put it all together for the first time. The stunts, script, performances, and story are all impeccable and it results in a true spectacle of a film. The characters are locked in, the family is assembled for the first time, and everyone’s glorious hidden super powers begin to emerge out of nowhere. Combine that with the addition of Dwayne Johnson’s Luke Hobbs and you finally have all of the ingredients together in one place. Also, the safe-dragging sequence was pretty amazing. Ryan bros out to the film here.

If 5 was the first film that brought all of the elements together for the first time, 6 is the film that perfects the mix. It introduces the best villain in franchise history with Luke Evans’ Owen Shaw and his team serving as a sinister mirror image of Dom and the family. The film uses this team as an excuse to have Hobbs recruit Dom and join the family by revealing that Letty is in fact alive and working for Shaw. Combine all of this with the absolutely bonkers tank sequence and the many other noteworthy stunts and you have a film that exists as the very peak of what this franchise is capable of. Some joker named Allen wrote a piece on this one that you definitely should just skip, right here.