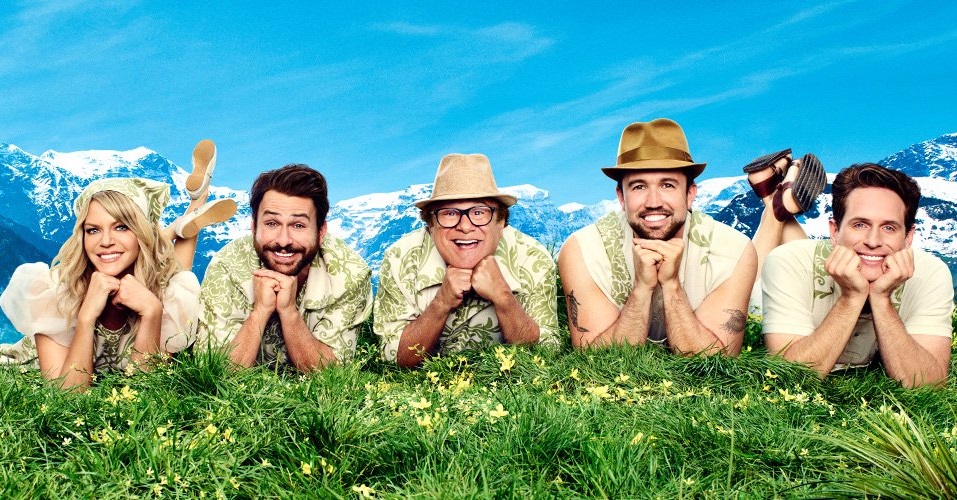 After the relative disappointment of Season 11 and the peaks and valleys of Season 10, it was beginning to look like It’s Always Sunny in Philadelphia had plateaued.  While not for a lack of audacity (“Charlie Work” and “Being Frank” are creative milestones for the show from a technical standpoint), the past few seasons have seen The Gang rely too much on callbacks, gimmicks and a drought of the comedic gold that had been rife in previous seasons.  Fortunately for the Always Sunny faithful, Season 12 is a return to form that I can say with confidence is one of the best seasons of the show yet.  While still littered with gimmick episodes involving musicals, documentaries, and an entire episode devoted to Rickety Cricket, these 10 episodes combine brilliant writing and character work that actually expands on the series whilst still rooting it in what made the show great in previous years.

So here’s a rundown of the episodes we saw this year *Spoilers ahead*:

I never would have believed that IASIP could possibly make a musical episode better than “The Nightman Cometh”, but here we are.  If you had also told me that The Gang made one of the definitive social commentaries about police brutality against African Americans, I would have laughed you out of the room.

After a mysterious Quantum Leap-type experience turns The Gang black on the outside while watching The Wiz, they have to attempt to find a way to return to their past bodies.  After a myriad of incidents involving the police, Frank trying to “blend in” and use the n-word, and a wonderful and hilarious cameo by Scott Bakula, The Gang realizes that the old VCR repair shop called The Wiz is likely where they need to go to return to their white selves.

I don’t say this lightly, but this might be the pinnacle of the show, combining some incredible musical numbers (“What are the Rules?” is catchy as all getout) with intelligent writing that combines Sunny’s typical irreverence with biting satire beyond my wildest expectations.  It isn’t until the end, however, until this episode reaches its peak, ending the musical dream sequence (yes, it was all a dream) on a note that is both nihilistically hilarious as it is gut wrenchingly saddening and painful.  It all works as a rug pull culminating from the workings of the 20 minutes seen prior.  I don’t want to spoil it, but bear with this episode to the end, as it takes a turn that transforms the episode into something darkly poignant.

Not to ignore the many callbacks, “The Gang Turns Black” also sees the return of “Old Black Man”, the homeless person who gets to sleep in Dee’s bed for a year after “Mac and Dennis move to the Suburbs.” It is he who chose to watch The Wiz in the first place, and it is his mind whose dream we are witnessing.

Best Gag:  “But if you look inside our souls sir, you’ll see that we’re white men.” – Mac’s soft and earnest falsetto delivery of this line absolutely slayed me.

“The Gang Goes to a Water Park”

After the incredible first episode of the season, I truly wondered if there was anywhere to go but down, but The Gang provided a magnificent second episode that returns the show to a familiar split-up formula even despite its unfamiliar location.

Attempting to enjoy a day at Philadelphia’s biggest water park, The Gang splits up into three groups to enjoy the park to their heart’s biggest desires.  Frank and Charlie, taking the park’s advertising of more waterslides than you can ride in a day too literally, are dead set on riding every ride once.  Dee and Mac want to ride their favorite ride, the kiddy twister, once before kids pee too much in the water.  Dennis, disgusted by the idea of entering the foul soiled waters, is determined to bang hot single moms – until he meets a little girl named Abby just as sociopathic and conniving as he is and decides to teach her his ways.

While “The Gang Turns Black” was a masterpiece of social, political and musical achievement, “The Gang Goes to a Water Park” is equally masterful in its ability to turn all three of these plotlines into one of the funniest episodes in the show’s history.  From Mac and Dee getting stuck on a slide only to have children continue to be sent down, causing a massive pileup of 12 year olds who can’t control their bladder, to Charlie and Frank pretending Frank has AIDS (with fake lesions made by Charlie giving him a hickie) to cut to the front of the line, every moment is absolute gold.  It’s Dennis’s through line that takes the cake, running a gamut of schemes with Abby only to have the apprentice soon become the master.  Much like the first episode of the season, “The Gang Goes to a Water Park” culminates in a pitch perfect finale that left me laughing so hard I was gasping for air.

Best Gag: Other than the magnificent finale? Probably the nonchalant passing acknowledgment by the Charlie/Frank team and Dennis/Abby – “What, are you guys doing an AIDS thing?” “You doing a fake daughter thing?”  It’s a perfect summation of the friendship these terrible people have.

Now we get to the much improved gimmick-centric episodes of the season.  Sunny has never been one for subtlety in its many attempts at satire.  Much like season 9’s “The Gang Desperately Tries to Win an Award”, “Old Lady House: A Situation Comedy” lays its parodic comedy on thick.

Centered around Mac and Charlie’s respective mothers, now living together in the titular “Old Lady House”, this episode sees the gang set up cameras to monitor the abuse levied at the two women.  While the gang expects Mrs. Kelly to be on the receiving end of the abuse, it turns out that Mrs. Kelly is the one verbally assaulting Mrs. Mac and the whole situation turns dark.  Never one to let an opportunity be passed up, Dennis adds a laugh track to the proceedings, creating a show around the two women’s psychological and occasionally physical pain.

While definitely not at the same level as the previous two episodes of the season, “Old Lady House” succeeds more often than not in providing ample comedy and satire for what amounts to an average episode of the show.  It isn’t “The Gang Desperately Tries to Win an Award” level good, but it has enough laughs to make up for the lack of subtlety on display.  Guest stars Sandy Martin and Lynne Marie Stewart are a delight to see back in the fold as Mrs. Mac and Mrs. Kelly, respectively, and a guest appearance from Charlie’s Uncle Jack is always a welcome sight.  It may rely too heavily on callbacks for some viewers, but “Old Lady House” packs enough laughs with just the right amount of bite that it never wears out its welcome.

Best Gag: there were multiple great jokes lobbied at Charlie’s illiteracy here, but none better than Mrs. Kelly’s ransom letter that consists entirely of cut out symbols (seen above).

Verdict: Middle of the Pack

The biggest issue with Season 11 of the show was its over reliance on callbacks, particularly episodes that serve as unnecessary sequels to previous episodes of the show; “Chardee MacDennis 2”, “Frank Falls Out the Window”, and “McPoyle vs. Ponderosa: The Trial of the Century” being the worst offenders.  “Wolf Cola: A Public Relations Nightmare,” Season 12’s closest example to this phenomenon, hearkens back to “Sweet Dee Gets Audited” by focusing in on Frank’s soft drink company he uses as a tax shelter.  It’s a much more satisfying episode than the sequel episodes from last season, but suffers from a similar need to wink at the audience and say “hey, remember that time…”

After a mix-up sees Frank confuse Boca Raton with Boko Haram, he and his children (who are officers of the Wolf Cola company) must try and fix the titular public relations nightmare.  Simultaneously, Charlie and Mac’s raven egg protein shake formula Fight Milk has found multiple satisfied UFC customers, leading them to try and expand their brand.  As expected, both parties manage to completely screw all of this up.

It’s another slight episode that rarely achieves the greatness of the first few episodes of the season, but it provides enough comedy satisfy this Sunny fan’s appetite.  It’s an episode that lets each member of The Gang shine, providing moments for their delusional behavior to be displayed for all to see.  From Frank’s pistol and cocaine breakfast to Dennis’s talk show freakout over dogs, to Mac and Charlie’s Fight Milk promo ad, this episode is another example of how beautifully the cast has fully transformed into these roles after 12 years.

Best Gag: “Social media will come down on you with the fury of a middle-aged man who has accomplished nothing” might be the quote of the season.

Verdict: Middle of the Pack

Much has been made about the potential that Dennis is a serial killer.  Hell, last season in “Chardee MacDennis 2: Electric Boogaloo” his clay representation of love was a woman’s severed head in a freezer.  Whether or not Dennis is actually a murderer is one of the darker layers to his character, and this thread gets picked up (but sadly not fully explored) in a parody of Netflix’s hit documentary Making a Murderer as well as other true crime shows.

The victim: Dennis’s ex-wife and cat person Maureen Ponderosa.  After his attempt last season to have his alimony reduced, Dennis is the prime suspect in the death of Maureen, who was found with a broken neck in a back alley.  Under investigation, The Gang all try to become the star of the show in their own idiosyncratic ways, from Frank trying to blackmail his son, to Dee forcing the directors to let her play Maureen in the reenactment scenes.

Yeah, that’s about it for a plot — it’s a laser focused episode that relies on a painstakingly faithful central gimmick, being shot, edited and framed perfectly like a police procedural documentary.  This provides plenty of opportunities for The Gang to shine in a solo environment, but limits their interaction with each other, thus losing the best element of the show.  Fortunately, there are scenes like Frank leaving his mic on while trying to run away from investigators and admitting to an impressive list of crimes and Dennis’ two hour-long stare are enough to make up for the lack of the team dynamic.

Come back for part 2 tomorrow to read about episodes 6-10!