Your dad's favorite action hero is back... yay? 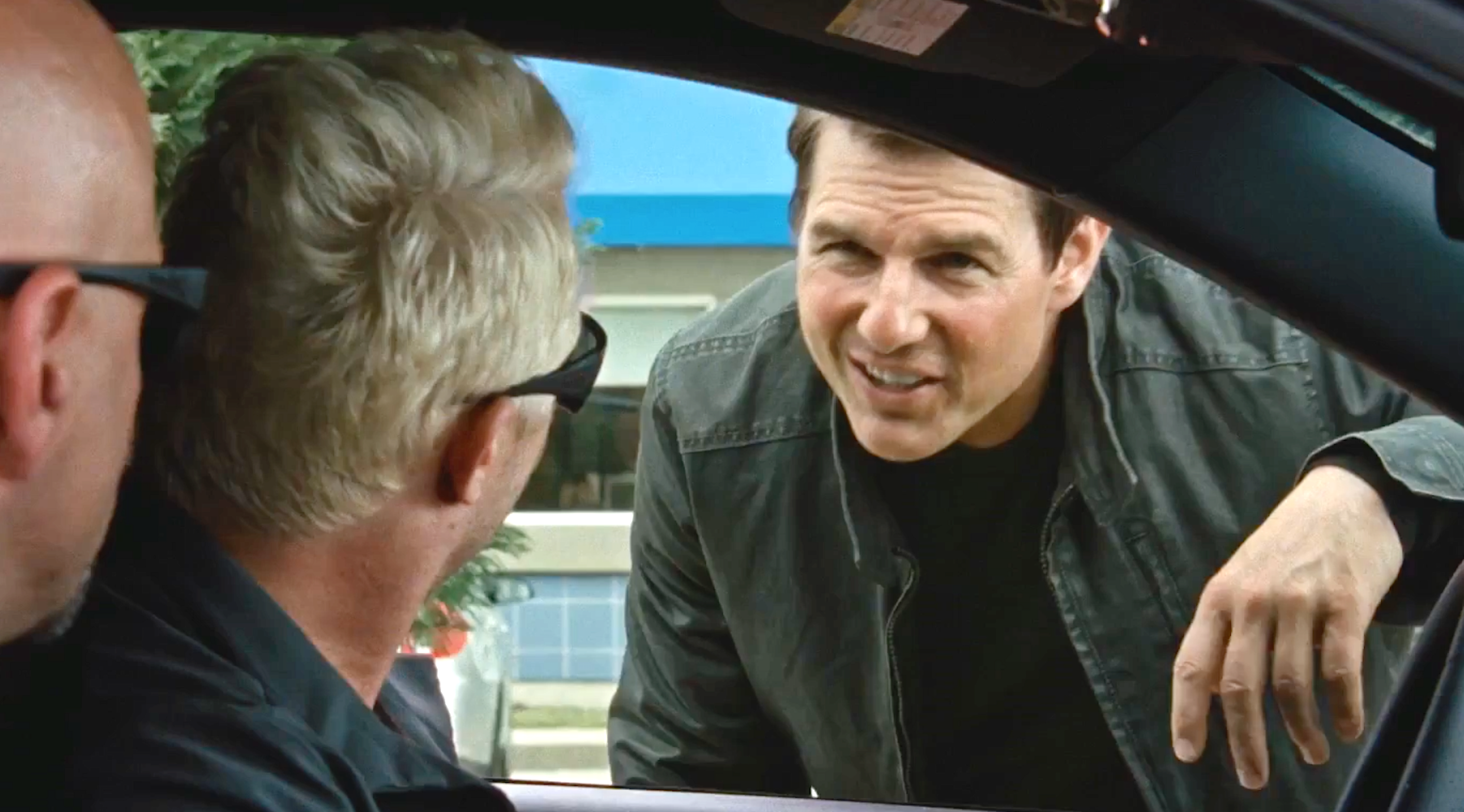 Reacher embodies all the standard dad-movie hero tropes: he’s an ex-military hardass drifter who goes where he’s needed to drive cool cars, shoot cool guns, and punch bad guys in the face… while being cool. And when the character is played by the dictionary definition of “cool leading man”, Tom Cruise, it hits a level of middle-aged-man-wish-fulfillment so high that I doubt that even thirteen Taken movies could possibly match it. And since the first film based on novel number nine, One Shot, was a decent-sized hit, it’s no surprise that we have a sequel, based on the eighteenth book in the series, Never Go Back.

After the events of the first film, Jack Reacher has gone back to his life as a drifter. However, following the busting of a corrupt sheriff, Reacher begins to bond with Major Susan Turner (Cobie Smulders), and the two make plans to meet in Washington, D.C. However, when Reacher arrives, he finds out that Turner has been charged with espionage, and after some investigation into the charge, Reacher finds himself framed for murder. After breaking out of prison, Reacher and Turner must go on a cross-country journey to prove their innocence and find those who are truly responsible.

Director Edward Zwick (The Last Samurai), and his co-writers, longtime collaborator Marshall Herskovitz and dad movie king Richard Wenk (Expendables 2, The Equalizer, last month’s Magnificent Seven remake) seem to be aware of the parallels that can be made between the character of Jack Reacher and the A-lister they have playing him. Reacher had a long and celebrated military career that ended unceremoniously, but he successfully turned it around into a life of adventure. Cruise had a long, respected career as a versatile actor before a string of highly scrutinized appearances sunk his goodwill with a number of people, but he successfully reinvented himself in the public eye as an endlessly charismatic action hero who does crazy stunt after crazy stunt for nothing else but the enjoyment of the people. However, in both cases, their age is beginning to show. The once unstoppable Reacher now has to worry about whether or not he can take on a whole group of tough guys. The once unstoppable Cruise now has to worry about if he can really pull off that one really cool stunt. And both solve it by forming teams, with Reacher bringing Major Turner and a teenage girl named Samantha (Danika Yarosh) coming along for the ride while Cruise starts to use his star power to boost the careers of his ensemble casts, with Rosamund Pike, Emily Blunt, and Rebecca Ferguson being among those Cruise has helped make stars out of. And in doing so, Zwick manages to create a fascinating thesis about his star that is often unheard of with studio action movies.

Unfortunately, Jack Reacher: Never Go Back is a studio action movie, and the action is where it all falls apart. While Zwick has staged compelling action in the past (he did a great job with the big battles in The Last Samurai), he seems like he’s not cut for the specific kind of action that these movies require. He shoots too close, cuts too quick, shakes the camera too much, repeats angles too often, and relies too much on sound effects – sometimes all in the same scene. While Cruise, Smulders, and an American Sam Worthington impersonator, apparently named Patrick Heusinger (playing a contract killer simply known as “The Hunter”) all handle themselves well, the filmmaking just slams the momentum of the character work to a grinding halt, leaving us in a sea of boredom.

And the lame villains don’t help much, either. While Jack Reacher gets some flack about the villains essentially just making shady real estate deals, Never Go Back somehow manages to feature an even more mundane scheme that can’t even slide by on the charisma of actors like Werner Herzog, or hell, even Jai Courtney. The reveal of the plan ultimately comes in a scene that should require a seizure warning, and it’s so uninteresting that the audience I saw it with seemed to react with one large shrug. And while Heusinger manages to bring a solid physicality and did the best he could with the role, “The Hunter” is ultimately just another mercenary that we’ve all seen dozens of times before.

While the character work and themes of Jack Reacher: Never Go Back are noble and should be celebrated, they have the unfortunate luck of being stuck inside a disappointingly rote film that just doesn’t stand up to its predecessor.

The Daly Planet: Will VIDEODROME Be Inducted into the... Previous
Tomb Raider and Interactive Character Development Next

How do three of the most famous Dad Media protagonists reflect the moral certainty at the heart of every Dad Media hero?

The stunts are famously real, but the entire impossible mission is more genuine than it may seem.