That other Scottish war movie 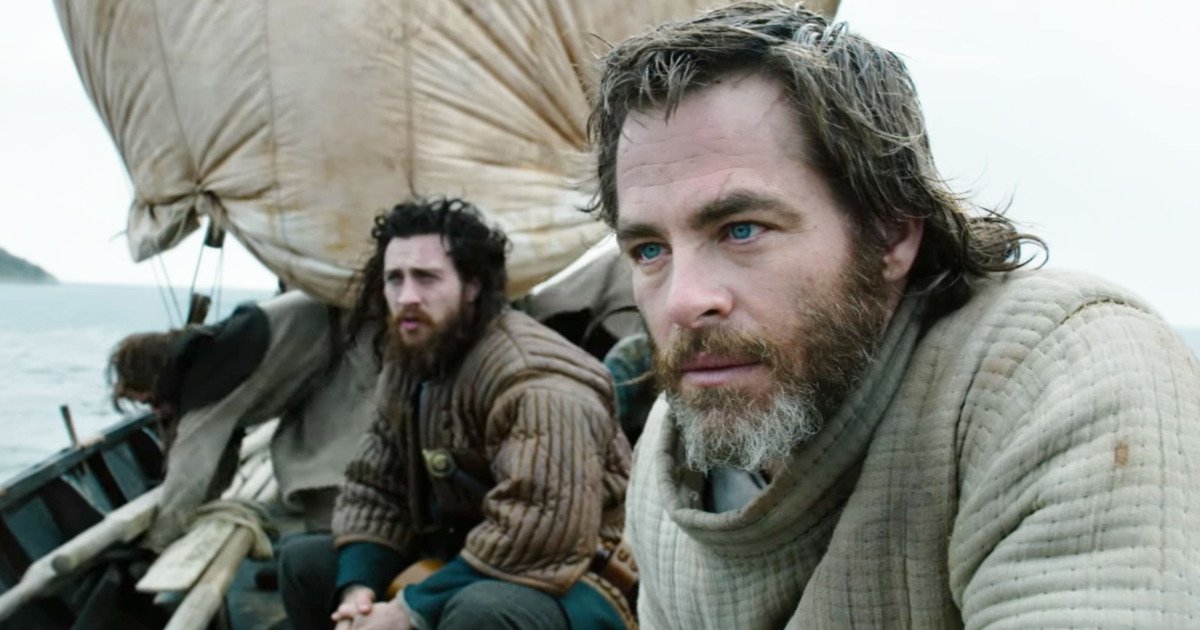 Netflix… We all love it, but if we’re being honest, the sheer amount of content on it can be daunting at times. With so many shows and movies available to you at the push of a button, it can be difficult to zero in on something new and interesting, because the amount of stuff on there makes it incredibly easy to just stick to your standbys and stay within your comfort zone. This is doubly true with Netflix’s original content. They make so much — and so much of it is released with little in the way of marketing and fanfare — that it is incredibly difficult to know what is and isn’t worth your time. Occasionally though, something cuts through the noise and catches your attention. Thus is the case with the newly released Outlaw King.

Helmed by up and coming director David Mackenzie, and starring one of the front runners for the title of “Best Chris”, Chris Pine, Outlaw King, tells the story of Robert The Bruce and the First War of Scottish Independence. Featuring a cast of “that guys,” the film treads new ground as it tells the events that followed the rebellion and subsequent death of William Wallace (detailed with questionable accuracy in the hyper violent, Best Picture winning Mel Gibson film, Braveheart). It is a film of daring scope, that shoots for and somehow achieves an intimacy not commonly seen in your more traditional historical epics.

Beginning just prior to Wallace’s death, the film traces the story of Robert as he moves from reluctant subject of England to being King of Scots, and the sacrifices that he makes along the way. Imbued with a very real if understated humanity by Pine, Bruce cuts an interesting figure. He’s a man tormented by the state of the world that he is living in, but one unwilling to make waves until, with the death and dismemberment of William Wallace (who only ever appears one fourth at a time in this one) the situation becomes intolerable. Pine’s performance is to be lauded, as time and again he presents Robert as a man that carries with him scars from many wounds that life has inflicted upon him.

Beyond Pine, the performances of Aaron Taylor-Johnson, and Florence Pugh must also be lauded, in their respective roles as James “The Black” Douglas and Elizabeth de Burgh, wife of Robert. Taylor-Johnson plays in many ways Bruce’s darker half, a man driven mad and wild by the injustices inflicted upon his family by the English. Quite the menacing figure, he wreaks havoc on the battle field in service of Bruce’s cause. The almost unhinged intensity that Taylor-Johnson portrays him with is something to behold, so convincing the performance that I did not even realize it was him until the credits rolled. Pugh, on the other hand, has a much smaller and potentially thankless role. Often the love interest or wife in this type of historical epic gets short shrift, and to be frank, the script and the historical record don’t do Pugh many favors here. Written somewhat blandly on the page and relegated to capture and imprisonment fairly early in the film, it would have been easy for de Burgh to have been a non-factor, yet Pugh’s performance shines through. She adds a steel to the spine of this woman, and in limited time makes clear her status as Bruce’s equal and partner.

Perhaps most worth of commentary are the action sequences of the film, which represent some of the greatest stretches of sword-swinging carnage that we have witnessed in recent memory. More than anything Outlaw King wants you to know that war is a bloody, ugly thing, and the organized chaos of the battle scenes reflect that. The film’s shining moment and climax, the famous Battle of Loudon Hill, might be the greatest battle of its kind since Peter Jackson’s Lord of The Rings trilogy graced movie screens some 17 years ago. Painstakingly choreographed, brilliantly shot, and with an unmatched energy, it throws us head on into one of, if not the most significant battle in Scottish military history. It is the kind of sequence many directors are dying to get to shoot and Mackenzie absolutely delivers, though it should be warned that horse lovers may want to sit this one out. 1

It’s not a perfect film by any means, as in his attempt to avoid making a piece of nationalistic propaganda, Mackenzie is almost too understated at times. But Outlaw King still represents some of the very best content available on Netflix. With romance, action and adventure,2 Outlaw King has a little bit of everything, and is a must watch for those that love a good old fashioned historical epic.

All I See Is War: A Veteran’s Day Film Retrospective Previous
Take a peek-a pika at the DETECTIVE PIKACHU trailer Next