Review: WHAT HAPPENED TO MONDAY

Paul Verhoeven by the way of Jaume Collet-Serra 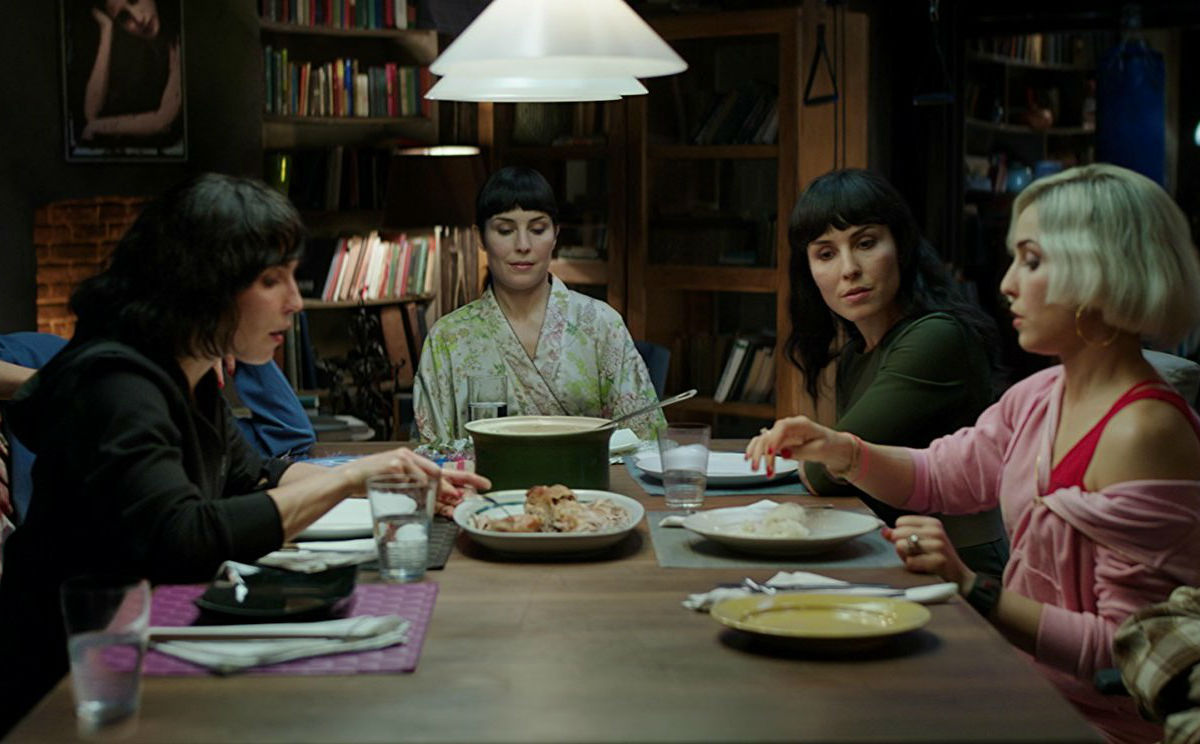 Known for playing dark and vulnerable characters with disturbing pasts, Noomi Rapace has always been an incredibly magnetic and fearless actress. Her particular brand of intensity is always a welcome addition, since it’s strong enough to elevate any type of project, even the ones that don’t demand too much heavy lifting. What Happened to Monday places her in a new interesting position: action movie star, and she delivers.

The story takes place in a world where overpopulation and lack of food has motivated the authorities to stop people from having more than one child. If that ever happens, the extra children are taken to cryogenic chambers where they’ll be held until there are enough vital resources for everyone again. In order to survive this scenario, seven identical sisters (Rapace when they’re adults, Clara Read as the child versions), each named after a day of the week, are trained by their survivalist grandfather (Willem Dafoe) to act as a single individual: Karen Settman. To avoid suspicions and misunderstandings, each sibling can only get out of home the day she was named after.

This is the most fun Rapace has ever been, thanks to the fairly bizarre premise. She does a good job giving each sister unique and contrasting personalities, although keeping track of them can be confusing at first. The main problem in that department is that we’re dealing with seven protagonists, and only four of them are actually developed. We’re given some hints about their motivations and lifestyles, but the non-stop nature of the plot doesn’t allow a lot of time for deep dives into their mindsets. This shouldn’t be a nuisance in a film that lasts slightly more than two hours.

To be fair, the movie does make the effort to tackle the thematic implications regarding identity and teamwork. More specifically, the notion that Karen Settman, more than a persona, is an ideal for the sisters to strive towards, and that their experiences together will ultimately define if they do live up to it. They have to work as a unified system where the consequences of a sister’s actions have to be faced by the others. In a way, they learned to avoid a totalitarian set of rules by getting immersed in another. The Orwellian elements in the story suggest a world tearing itself apart over complex political and moral dilemmas, but they exist mostly in the service of worldbuilding.

The film’s most astute choice is using spy movie tropes to create tension. The Settman siblings are skilled escapists and infiltrators, and watching them improvise in desperation with the few opportunities they have is quite thrilling. The action scenes are well directed and move at a handsome pace, even if they don’t have a lot of variation when it comes to locations, aesthetics and threats to overcome. Unfortunately, there are a few extremely dumb moments that are treated so seriously they feel like they’re challenging you to not groan at your screen.

Aside from Rapace, the cast is not exactly given a lot to work with. Willem Dafoe gives a nice life weariness to the proceedings, but his main job is to lay exposition. Glenn Close is stuck playing a stereotypical evil one-percenter in search for de facto world domination. The rest of the characters are closer to plot machinations than humans you could know. In the end of the day, it all comes down to the Settman sisters knowing how to deal with each other, so you get the impression that the people around them don’t matter all that much in the grand scheme of things.

Keeping in mind the amount of thought-provoking debates one could have with a concept like this, What Happened to Monday doesn’t quite fulfill its potential.  But if you’re looking for an efficient actioner with a likable star to watch in a weekend afternoon with nothing better to do, it’s definitely worth your while.

The Essence of Camp, Episode 55: THE VISITOR Previous
GAME OF THRONES Recap: Season 7 Episode 6: Beyond the... Next