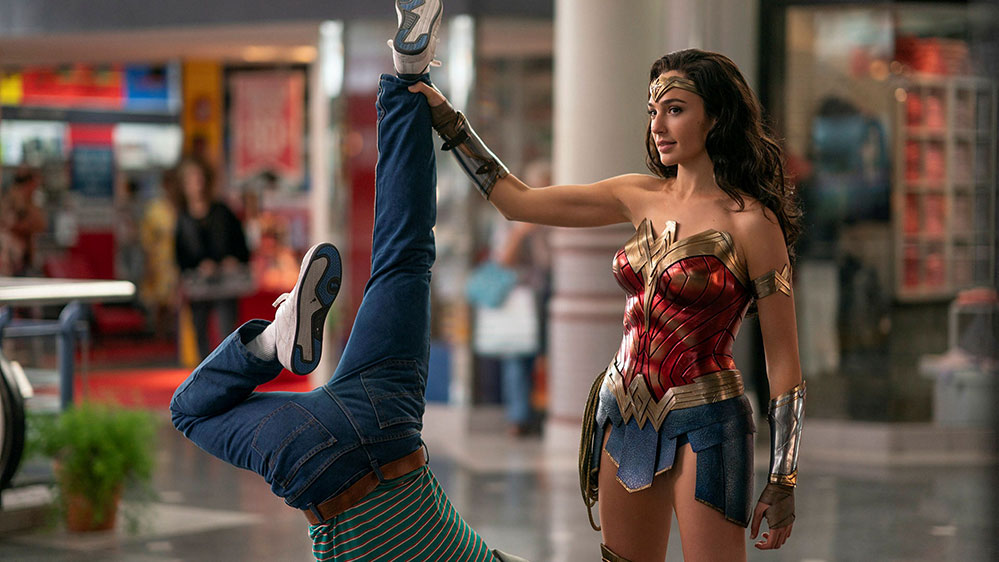 After six months of delays Wonder Woman 1984 has finally made it to theatres (and streaming in the US), and as the follow up to one of the 21st century’s most popular superhero films it has a lot to live up to. That film was one of the defining movies of the last five years, and while its sequel doesn’t live up to that standard it’s still an enjoyable time I’d recommend having.

WW84’s plot is a riff on The Monkey’s Paw, with the cast finding an ancient wish-granting stone created by a trickster god and having their dreams come true at a terrible price. When written out this sounds like a mediocre episode of the Lynda Carter show, but it works decently enough. Diana wishes for Steve, her boyfriend from the first film, to come back and he does, or more accurately his spirit does and possesses the body of John Galt from Atlas Shrugged Part III. After reuniting they have sex almost immediately, and the film skips right over the uncomfortable questions this creates.

While the performances are all good, Chris Pine as Steve is probably the film’s best, a very convincing and very funny man out of time act with him selling his wonder at modern conveniences in an incredibly natural way. He’s a minor character in this film but you wish he was in it more, and his and Diana’s relationship is as convincing and endearing as it was last time.

The other main characters are Kristen Wiig’s Barbara Minerva, who envies Diana’s life and wishes to become her, and Pedro Pascal’s Maxwell Lord, a conman dreaming of fame and fortune. Minerva’s arc is the film’s weakest, as it wants her to tragically become a worse person after getting her wish but never plausibly presents her as becoming that person. It’s main shorthand for her fall from grace is her using Diana’s powers to beat people up, but she never uses them in any way Diana didn’t heroically do earlier. At one point she knocks out a creepy man Diana beat up earlier for the exact same reason, but she’s framed as the villain for doing so.

Maxwell Lord’s story makes more sense as he’s largely driven by greed and power lust, but it’s not as coherent as it needs to be. Early on he orders Diana and Steve killed for little discernible reason except to start an action scene. But the bigger problem is that the film is heavily visually coding him as eighties Donald Trump while also wanting him to be a tragic, pitiable character, two words no-one has or will ever to describe Trump. The result is jarring, with the writing and acting telling you one thing and the visuals saying something very different.

This film takes a very different tone to the first Wonder Woman, to the point where the early scenes felt very jarring to watch. While the last film took place in a stylised and over-the-top but still gritty and grim World War I, the 1984 of Wonder Woman 1984 is a campy, cartoonish world with all the verisimilitude of the Rambo cartoon show. This extends to its brief foray into 80s Cairo, which reminded me of the Mujahedeen scenes from Rambo III.

What surprised me most is that it’s a remarkably laid back film. Despite the world-threatening stakes it never aims for tension or harshness the way the first film did, and even when there’s chaos in the streets it feels cartoonish, like a riot on The Simpsons. The action scenes are fairly small for a modern blockbuster and generally decent, even if nothing comes close to the beach and town fights from the last movie, and one climactic fight is hard to make out in the darkness. Overall it never feels as dramatic as the first movie, feeling in some ways more like an episode of an ongoing series.

While this film has some definite issues what makes me recommend it is that it has a fun, upbeat, and frequently heartwarming tone that has been missing from far too many big budget films in recent years. In a year when my only summer blockbuster options were the po-faced Tenet and the splatterfest The Eight Hundred it was nice and comforting to spend two and a half hours with a movie with far more faith in mankind’s goodness than I have.