AVENGERS: ENDGAME: The Marvel Cinematic Universe Looks Back at Itself

Using a legacy to construct fate 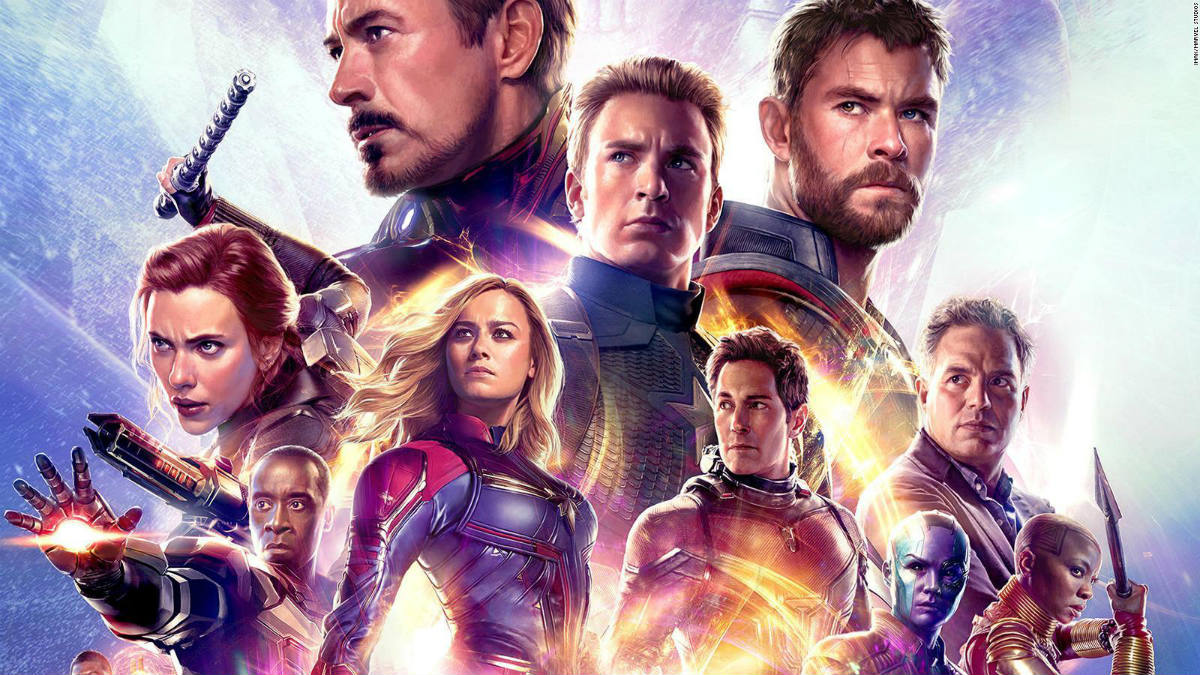 One of the elements that has made the Marvel Cinematic Universe so noteworthy in the pop culture landscape is that it translated the formula used in comic book storytelling to a film format. There are several plotlines that often clash and affect each other, requesting an extra effort from its audience to keep up. So it’s only natural that at some point, Marvel used one of comic books’ most recurring narrative devices, especially in event sagas: time travel.

In the case of Avengers: Endgame, not only is time travel a resource the heroes use to correct Thanos’ actions in Avengers: Infinity War. It’s a framing mechanism that contextualizes this effort as a movie about its characters witnessing their own history as spectators rather than protagonists, and consequently using that experience to mold how they’ll be remembered in the future.

Captain America’s story has always been about moving forward after loss. However, Avengers: Endgame subverts that recurring theme and makes it all about going back and using your knowledge of the past to your advantage. After Thanos’ snap, Steve Rogers finally became what he feared the most: a soldier without a war to fight. He tries to get through it by offering words of encouragement to others, but deep down, he knows the sentiment is disingenuous, since his hope was lost as well. When Tony Stark returns his iconic shield, Steve is hesitant, since he no longer identifies with what the Captain America identity is supposed to represent, i.e., that America as an institution is morally reliable. Tony bringing the shield back is important not only because it makes Steve consider adopting the Captain America mantle once more (in the end of the day, Steve as Captain America is what inspired his allies to fight against the country’s flaws); it’s also a turning point for Tony, whose neverending regret makes him see that he has to keep looking for possibilities to get things right. There’s also the fact that no matter how hard he tries, Tony can’t overcome his addiction to his Iron Man suits. They give him purpose, strength and amplify his own potential. And the chance to undo Thanos’ actions are the perfect reason to wear them once more.

Time travel represents a fundamental shift in how the MCU characters conceive the world, and that is especially true for Captain America. Being frozen for seven decades and waking up in a world he doesn’t fully recognize made him live his life with a permanent “what if?” invading his thoughts, but still gathering the strength to make the best of his situation. Being able to see Peggy Carter once more gives him a new odyssey: staying alive a little longer to see if he can posses all he gave up on when he crashed that Hydra aircraft into the ocean. In other words, a backup plan in case he survives these precarious circumstances; to not end up where he was at the beginning of the movie. What’s so powerful about that scene is that for a brief moment, the greatest tactician and soldier in the world loses sight of his urgent mission to succumb to his own emotional impulses and question the direction of his life. Steve doesn’t waste that shot and later uses it to fulfill his wish and give Peggy that promised dance that didn’t happen; finally finding that inner peace he’s never been able to get. All after experiencing his leadership capabilities in maximum form in the final battle against Thanos and his army (highlighted by his ability to lift Mjolnir).

Ever since his first movie, Tony Stark has been terrified of death, which is why his attachment to his Iron Man armors is so strong. They kept him alive in situations where the odds were against him, and even with all their power, his survivor guilt and fear never go away. Something unique about Tony in Avengers: Endgame is that he’s the only Avenger whose life became better after Thanos’ snap, since he saw the eery peace that came in its wake as a chance to start over and let go of the insecurities that hamper his life. Which is why he initially perceives the idea of saving the world once more as a punishment. Throughout the course of his history, Tony had a tendency to project his torments on others and make them pay the price for them. But Tony in Avengers: Endgame realizes it’s time to pay back and allow the torments of others to make a way to his own conscience. Becoming a father helped him to understand Howard Stark’s anxieties about raising a child by giving him your darkest traits, Steve Rogers’ sorrow to embrace heroism again, and the fate of the universe as we know it to be, fearless in his embrace of death and sacrifice. He wanted to use his egoism to protect himself from trauma, but eventually realized it was more of an obstacle for others to get their duty done.

The Avengers as an institution hold an especially personal relevance to Natasha Romanoff and Clint Barton, who used to be heartless assassins focused on getting the job done regardless of the pain they left behind. The group was, in a way, their rehabilitation center for their former profession. At least after The Avengers took separate paths, Barton could fall back on his family for support. But its death caused him to find emotional shelter in becoming the murder machine that he used to be. At first sight, he seems to attack people to keep things in order in a potentially chaotic era (although the optics of a white American travelling to foreign countries to kill their locals are not exactly ideal), but in reality, he just wants others to experience his own suffering and loss. Fortunately, Natasha had the support of Steve Rogers and the supervision of world peace to keep her stable. The contrast between her coping mechanisms and Clint’s, as well as their shared experience as assassins, are what give Clint the necessary perspective to get back to his senses and leave his worst impulses behind.

For a considerable part of their lives, Natasha and Clint were trained to see death as the only solution to their problems, which makes their standoff in Vormir so striking. The death of one of them is indeed, the only way to get the Soul Stone, but in this case, they prefer to use their killing abilities to make their “target” survive, which shows how much their experiences with The Avengers have shaped them as genuine heroes rather than agents of death. Their priority became to protect the innocent rather than punish the guilty.

Of all MCU protagonists, Thor is the one that has had the most eclectic journey in terms of how it is portrayed. Starting with the intimate and sincere family drama Thor, passing by the serviceable, but mostly undercooked Thor: The Dark World, and ending up in the irreverent space opera Thor: Ragnarok, the thematic intentions in the God of Thunder’s saga have been molded by very different directorial aims, and Avengers: Endgame ends up as an encapsulation of that dissonance. One of the best parts of Avengers: Infinity War was its poignant, yet empowering portrayal of Thor losing everything he had and succumbing to his deadliest instincts. Which is why his depression being played for comedic effect in Avengers: Endgame makes for a jarring contrast with its predecessor. Especially because Thor begins the movie drowning in his own guilt and unleashing his rage, only to be left alone and with no discernible direction; foreshadowing the continuation of a fantastic character arc. However, the rest of Avengers: Endgame has Thor at an odd point between having arguably the darkest conflict in the movie and also being its primary comic relief. Of all the Avengers, Thor is the one who’s had the most difficult time adapting to a post-snap world, and yet he’s the one whose conflict is given the least dramatic weight. Not only does it undermine Thor’s struggle, it also takes away impact from the harrowing world we’re presented with. Not to mention that Thor concludes the movie by saying that it’s the first time in a thousand years he’s had no purpose, which is a rather inconsistent statement considering that losing his purpose has been a recurring crux in all his films.

Avengers: Endgame is a love letter from the Marvel Cinematic Universe to itself; rewarding viewers for the time they spent watching it, but at the same time, wrestling with how much it has changed over the years. It makes for a parallel with how The Avengers themselves are forced to face off their history and determine how will it pave the way for the next generation of heroes, whose own journeys have been about playing with the past (Doctor Strange), living up to a historical and moral standard (Spider-Man and newly appointed Captain America Sam Wilson) and building a world where the people following your steps have better lives (Black Panther and Captain Marvel).

The Best of the Marvel Cinematic Universe Previous
GAME OF THRONES Recap: "The Last of the Starks" Next