Does It Look Like It’s Our First Time? DIAMONDS ARE FOREVER

This is a rough one 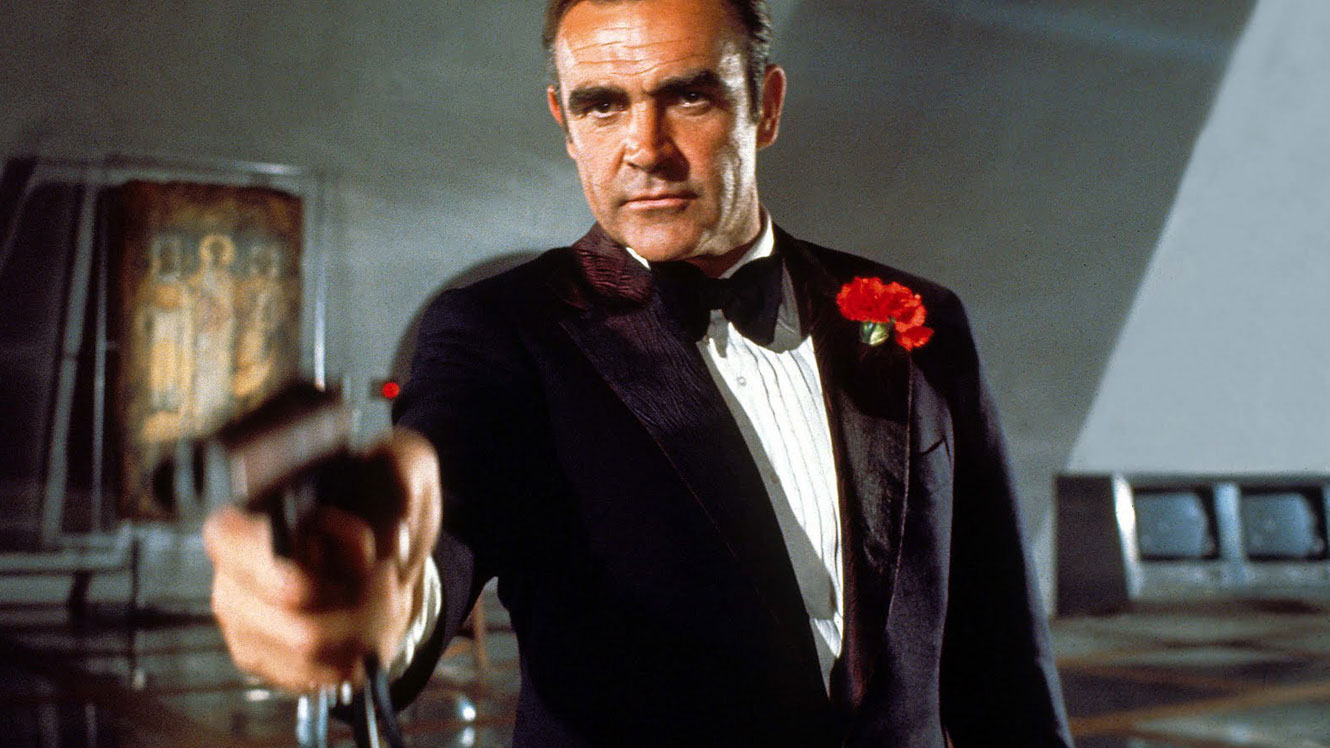 Welcome to another exciting edition of “Does It Look Like It’s Our First Time?”, as today we dive into the seventh entry in the Bond franchise: Diamonds Are Forever. There’s a lot to discuss here so let’s go ahead and get started!

There is a lot of information to process in the cold open. First, there is the rather laughable opening bit where Bond is attempting to track down Blofeld. The camera avoids the face of the actor entirely as if in an attempt to hide that Sean Connery has returned to the role in order to make the reveal of his face a big moment. The only problem with this idea is that he is constantly talking during this sequence and the only thing more identifiable than Connery’s face is his voice. Then we have the reveal of the THIRD actor to play Bond’s arch nemesis Blofeld in three movies. Blofeld seems to have a grand scheme to use plastic surgery to create a multitude of doubles with which to elude Bond. Unfortunately for Blofeld, Bond foils this plan, taking Blofeld’s life. Or does he…

While as a whole John Barry’s music for Diamonds Are Forever is reliable if not particularly noteworthy, the theme is iconic. Shirley Basey returns to perform the second of her three Bond theme performances and absolutely belts it. It’s seductive and powerful and everything a Bond theme should be.

Ok, this one is a bit of a doozy. To quote Will Hyland, one of our Lewton Bus contributors, “Diamonds Are Forever is all of the Bond franchise’s impulses on steroids.” He’s not wrong. This is especially true of the plot. This one is about as weird as On Her Majesty’s Secret Service so hang on. Bond gets called in to tackle a diamond-smuggling ring in the aftermath of Blofeld’s supposed death. This leads him to a bizarre chain of events as he meets a gorgeous go-between for the smuggling operation, encounters two shockingly dull assassins, and uncovers a dastardly plot by – GASP – Blofeld himself to use the diamonds to power a satellite-based space laser, with which he plans to hold the world hostage and then sell to the highest bidder. For whatever reason this franchise is OBSESSED with space lasers because this will not be the last one.

Blofeld is back! Yep, he’s the guy the franchise and Bond just cannot get rid of and once again he’s played by a different actor, because why in the world would you hire the same guy twice? This time he’s portrayed by Charles Gray and he again looks nothing like his previous incarnation. After being bald in his first two appearances, Blofeld now has a full head of hair. Gray’s performance is a wild class in scene-chewing and he absolutely brings it. It wouldn’t be right to discuss this film without mentioning the most bizarre team of henchmen in franchise history. Mr. Wint and Mr. Kidd, played by Bruce Glover and Putter Smith respectively, are a team of alarmingly dull cold-blooded killers. Never once breaking their monotones or looking at all intimidating for that matter, they manage to wreak havoc throughout the film with their bizarre traps and strategies. There’s nothing particularly good about them, but they do leave an impression.

There’s only one Bond Girl in this one and well, they can’t all be winners, in fact most of them aren’t. Jill St. John portrays the groan-inducingly named Tiffany Case, a go-between for the smugglers and generally useless character. Ms. Case’s only discernable skill beyond looking pretty seems to be changing wigs, which only seems to exist so that Bond can make a particularly unfortunate joke.

As said before this really is a film that just goes all out with all of the franchise’s worst impulses and Tiffany is no exception. Almost completely irrelevant to the plot she seemingly exists only for the purpose of eye candy and never makes any real contributions to the narrative. It’s honestly an indictment of how these films traditionally make use of female characters and it’s rather disappointing after the relative improvement that was the previous film. Villainesses Bambi and Thumper (yeah you read that right) show up to give Bond trouble once, but that only seems to be in the film to give this incarnation of the character another opportunity to hit women.

James is a master of the fine art of adult bathing

Sean Connery is back, and he couldn’t be more bored! Visibly older, out of shape, and more clearly wearing a toupee than ever, Connery can’t even bother to pretend to care in his performance.

While not as poorly constructed as On Her Majesty’s Secret Service, the action in Diamonds is not anything to write home about. It’s not horribly staged; it’s just rather unremarkable, with only Bond’s fight with smuggler Peter Franks being particularly noteworthy.

Rather than venture to exotic locales, Diamonds instead decides that Vegas and an oil platform should be plenty exciting locations in which to set the story. As such there isn’t anything particularly exotic or exciting about the locations. The gaudiness of the Las Vegas setting just seems to drain the adventure of it all and it just doesn’t excite in the way these films should.

Honestly, beyond the two Blofeld sequences, this film doesn’t really manage to produce any lasting images in the franchise lore. It just kind of exists and that’s not really a great thing for a Bond film.

I don’t know, this moment is pretty memorable (Ed.)

Oh boy, this is a rough one. While it doesn’t really traffic in the overt racism of some of the franchise’s preceding entries, this film introduces and goes all in on a new dimension of the Bond Awfulness Axis: violence against women. It’s all over this film and it’s more than a little disconcerting. It starts during the cold open when Bond rips off a woman’s bikini top in order to use it to strangle her (coincidentally I believe the only actual instance of onscreen nudity in a Bond film) in hopes of getting information about Blofeld’s whereabouts out of her. From there we see women slapped, murdered and thrown in rivers, thrown out of hotel windows, and nearly drowned. It’s uncomfortable to say the least, and a bit disturbing given what we know today about Sean Connery.

This is not a good movie. This is not a good Bond movie (with this franchise you have to grade on a curve). Diamonds Are Forever is the kind of movie you bring up when you want to argue that as a whole, this franchise isn’t very good, and it’s difficult to argue with such a statement. It traffics in the worst impulses of the franchise while somehow managing to strip away all of the intrigue and excitement. The scary part is, the next film is worse.

Things We're Digging This Week - Week of 4/24/17 Previous
From the Attic: THE GATE Next