Does It Look Like It’s Our First Time? A VIEW TO A KILL 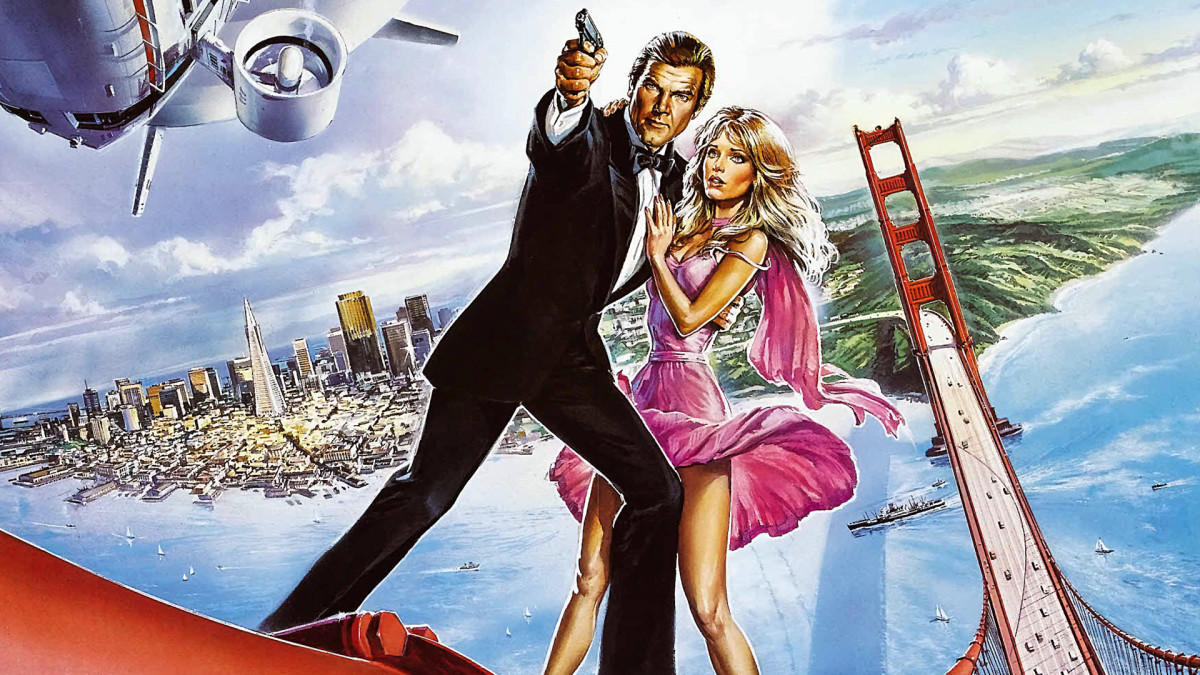 Welcome back to Does It Look Like It’s Our First Time? It’s a universal truth that the Bond films are divisive to say the least, especially the ones from the Roger Moore era, something we’ve spoken about on here before. One of the most divisive ones is today’s entry (and the last Moore film), A View to a Kill.  Before we get started, in the interest of honesty I absolutely love cheesy movies. I love their ability to be over the top, their ability to include some questionable acting, their ability to appear incredibly dated at times, and their ability to make me have a good time even if the overall quality isn’t necessarily the best.

With that confession out of the way let’s talk about this week’s entry and one of my favorite cheesy movies. Right away we open on a mountain in Siberia with Bond inspecting the body of fallen agent 003 for an EMP-proof microchip made by Zorin Industries. After being spotted by some Russians (because this is the mid-eighties after all and we must have Russian villains of some sort) Bond has to get away by skiing down the mountain. Less than five minutes into the movie and we get a shot that is just rather absurd and screams 80s; 007 (played by what is an obvious stunt double given Moore’s age at the time) skiing down a mountain with a mysterious microchip all while California Girls by the Beach Boys plays. As someone who loves cheese I’m a very happy camper by the point. After this fun little sequence, we go into the title song, this time performed by Duran Duran, a group that I’m pretty sure stopped being a thing as soon as the clock hit midnight January 1st 1990. Duran Duran was a band that summed up the 80s in terms of style and sound. While normally it wouldn’t seem like their style of music would really fit the series given some of the previous themes, it strangely works. Of course I would be willing to say that it’s thanks to how dated the song and the band as a whole are.

The plot of the movie itself is so much fun. From the outside, a movie that revolves around the topics of horse racing, earthquakes, Nazi experimentation, and flooding Silicon Valley sounds like the fever dream of a weird middle schooler. At least until you realize that the villain is played by Christopher Walken and then it all somehow makes sense. Walken plays Max Zorin, an industrialist, equestrian, and ex-KGB agent who is the product of a Nazi experiment to increase the IQ of babies. He is the leader of Zorin Industries, a company specializing in microchips.

Zorin’s evil plan is surprisingly simple, for a Bond villain that is, and seems a little more grounded (to a certain extent) than most plans. Zorin wants to flood Silicon Valley so that his company can gain a monopoly in the microchip industry. His preferred method for this flood? Just simply causing a huge earthquake by flooding the San Andreas Fault, killing millions of people in the process. Like I said, somewhat grounded in reality but just bat shit crazy enough to be worthy of a Bond villain.

As for Roger Moore’s final performance as our hero? Surprisingly good in my opinion. Yeah there’s still the kind of creepy age difference between him and, well, every Bond girl in this movie but that’s never gonna change. He seems comfortable and the way he presents himself, the way he acts just seems perfect for a cheesy movie such as this.

Speaking of acting, I must say, there are some lines delivered in this movie that are so bad that they’re up there with classics such as The Room and Birdemic. For a movie directed by a man who had been involved in the Bond movies for so long before directing one, you would think he would know how to get a better performance out of his actors, or at least a performance that wasn’t so obviously forced and cringeworthy and was worth of the Bond series.

While some may see this movie as a low point in the franchise I must disagree and say that to me it is a fun 80s cheesefest. For a series that is known for getting more outlandish over time this one is easily one of the most fun entries and a good departure for Roger Moore from the role of 007.

Come back next week for Timothy Dalton’s debut in The Living Daylights.

There's More to Michael Bay Than Meets Your Eye Previous
Nectar of the Godzillas: GODZILLA, KING OF THE MONSTERS! Next