Nectar of the Godzillas: GODZILLA, KING OF THE MONSTERS! 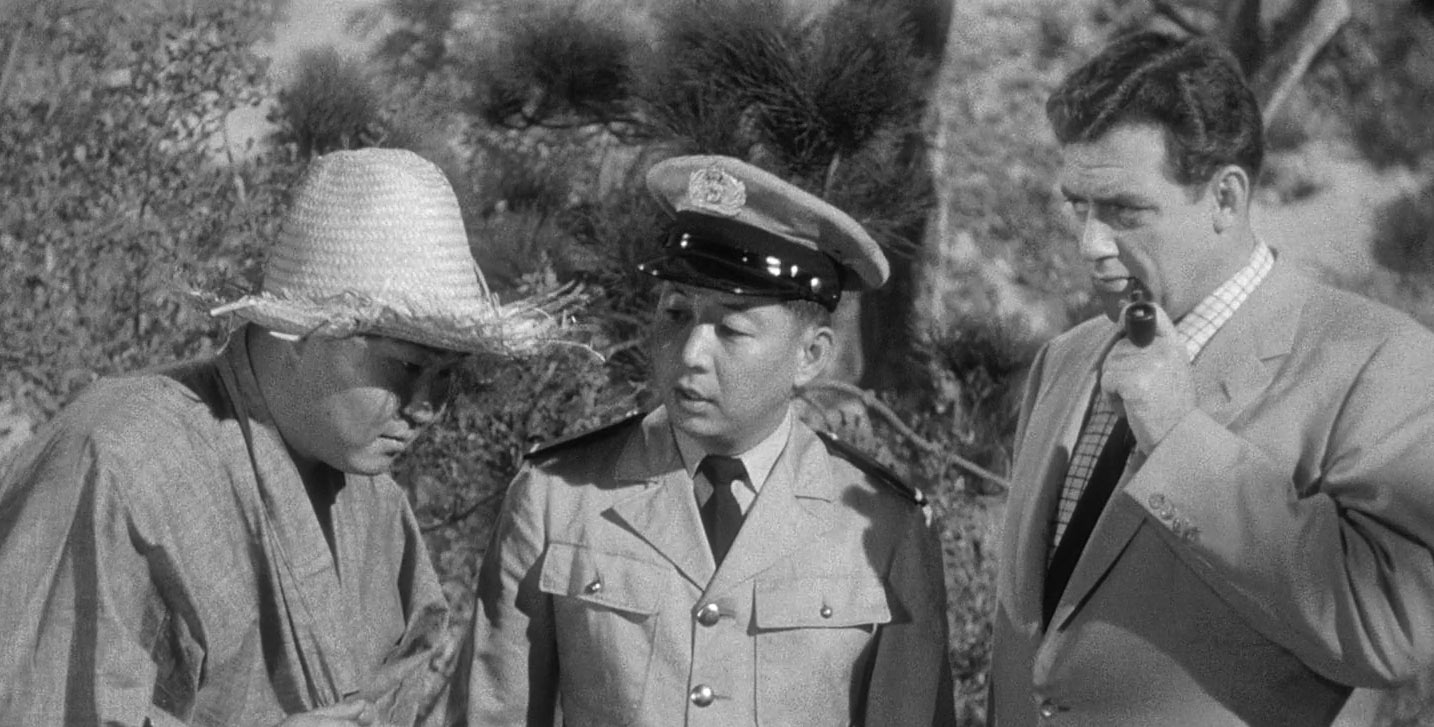 There was a bit of an internal debate on the second piece of Nectar of the Godzillas. Should I move on to the Japanese series of films and jump straight into Godzilla Raids Again, or should the piece be devoted to the American cut of Gojira. I thought, how much of a difference could there be between the original Japanese film and the Americanized version? It turns out there’s quite a bit of difference and we shouldn’t ignore it.

Godzilla (1954) became a big hit in Japan, selling over ten million tickets and grossing about two million dollars, which would have put it in the top twenty highest grossing films in the United States. Producer Edmund Goldman purchased the rights to the film and, instead of releasing the film as is, resold the rights to Jewell Enterprises, Inc. They in turn decided to reshoot some of the film, casting Raymond Burr and changing the themes.

At eighty minutes, Godzilla, King of the Monsters! is a whooping 16 minutes shorter than its Japanese counterpart. Why the shorter length? In reality, it came down to the US producers deciding that the country would not approve of its anti-nuclear message. While not completely eliminated from the film, the nuclear theme was nearly excised. Godzilla went from a film with a meaning to the kind of B movie monster flick that audiences were used too.

It wouldn’t be the only large change the film would go through. Along with the cuts to the film they decided to insert an American avatar, casting Raymond Burr as an American journalist caught in the middle of the Godzilla story. I can’t speak for audiences in the 50s and what they thought of the addition of Raymond Burr (after all, most wouldn’t have known Burr was inserted later) but it’s an addition that adds nothing to the film. To its credit, the film still has the three Japanese leads, with Burr as a random character caught in the middle of their story. He adds nothing, instead stopping the film dead at times to explain to the audience what is going on as if they’re children incapable of following the film.

Surprisingly, he sort of shares scenes with the main cast. Extras were used for our three leads, who were shot from behind to make it seem like Burr is actually talking to them, and to the film’s credit the scenes kind of work in that they aren’t too distracting. But that’s about the only credit one can give this version.

It isn’t controversial to say Godzilla, King of the Monsters! is a bad film. It’s one that takes a way the importance of the original film while having nothing interesting to say. I don’t believe we speak enough about the biggest problem though and that’s the automatic distrust in its audience to be able to relate to characters that don’t look or speak like themselves. By completely skipping a dub and adding Burr the producers culture wash a film. It tells its audience that there’s no way you can relate to these people on the other side of the world, a problem that seems to continue to plague Hollywood even today, with much of its white-washing casting.

Godzilla, King of the Monsters is not a film that works. Burr’s character does not fit the film. Its almost complete elimination of the original film’s core nuclear message takes any power away from the film’s ending this time being a happy one, where good triumphed over evil, where everything is great and back to normal. It’s an insult to the original message that we need to do better, or else we’ll find ourselves in the same position that lead us to create Godzilla.

Godzilla, King of the Monsters! is not a film I recommend except in juxtaposition to the original film, to see the cultural differences of both films. It would take almost sixy years for the United States to finally make a good Godzilla film, but that’s a topic for a Nectar of the Godzillas far from now.

Does It Look Like It's Our First Time? A VIEW TO A KILL Previous
Review: BABY DRIVER Next