There’s More to Michael Bay Than Meets Your Eye

On the Modern Master of Mayhem and Misanthropy 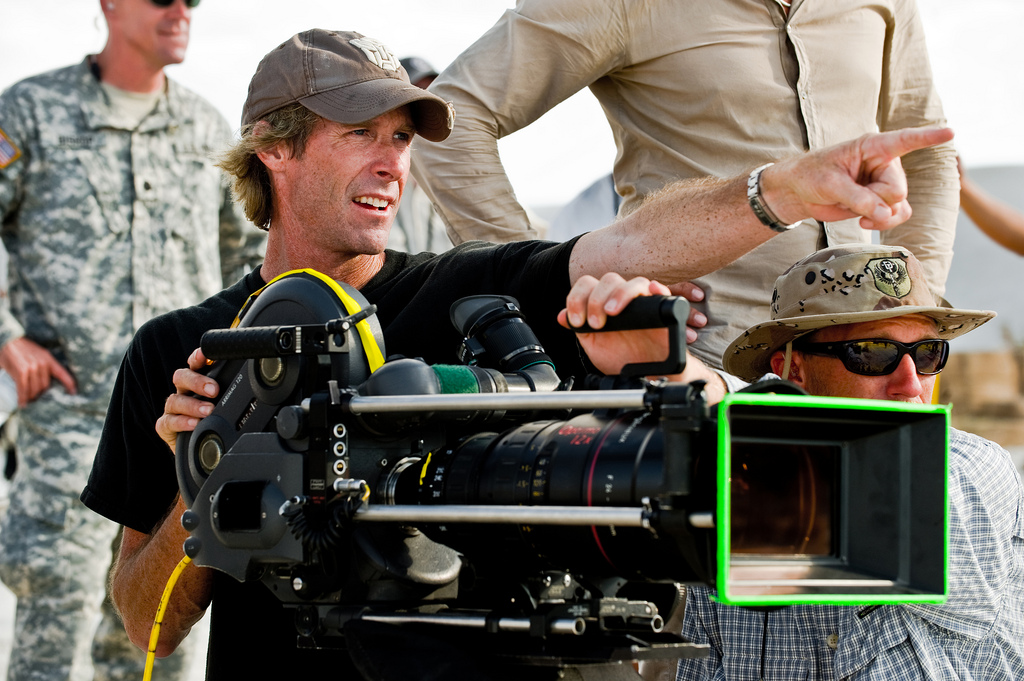 Mention the name Michael Bay among film fans and you will be met with at least a small amount of passionate derision. His work is often seen by critics and cinephiles as mindless drivel and therefore any attempt to discuss his work as that of an auteur elicits – at best – some serious side-eye and a maybe a remark about Bayhem and beautiful, dirty, sweaty people running around during magic hour. Like all filmmakers Bay has his… blind spots, particularly when it comes to representations of women and minorities, but like most filmmakers it is clear that Bay is using his films to work some s**t out, and sometimes that ain’t pretty.

When you say the word “auteur” people automatically think of a handful of great filmmakers who have made an indelible and profound mark on the art of cinema. But the word “auteur” only means author. It makes no statement about the quality of the art, the ability of the artist, or the value of their art.1 It merely tells you that behind this film is a person with unique vision, and that despite all of the hardship and collaboration that takes place during the making of a film, it is a product of that mind.

And Michael Bay is a director who most certainly fits that definition. Whatever your feelings on his films might be, you can’t argue that there is anyone else doing anything like what he does. People try, but it invariably feels like a pale imitation.

This isn’t an attempt to change your mind on Michael Bay, but merely an opportunity to discuss his authorial voice in depth – to look at who he is as an artist and how that informs his films, whether they are the more personal (Pain & Gain), or the more overtly commercial (the Transformers franchise).

Part 1 – The Brotherhood of Man

In the universe of Michael Bay there is no stronger bond than the one between brothers. Through each film, no matter the world-ending trouble that is bringing CGI buildings2 down around the ears of his characters, Bay clearly has a deep respect for, and profound curiosity about, these relationships. This often takes the form of soldiers or police officers, but has also taken shape as space-bound roughnecks, robot refugees from the stars, and muscle-headed morons with a plan. The common thread tying all of these men together is that their collective mettle has been forged in the hell of war, and no one – not wives, not children – can occupy that particular place in their hearts and souls.

In fact, there is often little room for women in Bay’s films, with wives often relegated to the role of nag, bore, or goal to return to once the mission is completed, the world saved, the bad guy destroyed. The only time women manage to occupy a place other than only victim and/or eye-candy is when they face the same antagonism the men of the film do. The arcs and characters of the women are not given the same consideration as the men, and this archetypal Bay woman is not in every one of his films, but they do appear, and they do make strides toward better representation. The idea of romance is not one that Bay comfortably approaches in the typical Hollywood way, instead preferring one that mirrors the creation of his brotherhoods. Which is why when he attempts it, the romances feel somewhat tacked on (Armageddon), or downright awkward (Pearl Harbor). Bay clearly has a “type” – not only in the physical sense, but in terms of the women he feels are worthwhile additions to his stories about men, and they are surprisingly not just conquests.

So, is it simply the bluff and bluster of strutting Manhood that attracts Bay? The honest emotional exchanges that often take place between these men says that there is something more. It was important to Bay to have Mike Lowery tell Marcus Burnett that he loved him at the end of Bad Boys, and it was played as awkward yes, but also sincere. These men love each other, and in this moment after battle they needed to say it to one another. There are few examples as overt as that one save perhaps a scene in 13 Hours with the characters Silva and Rone sharing fears on a Libyan rooftop while waiting for the next attack, but variations of these scenes play out with sincerity across nearly all of Bay’s films.

Rone listens as Silva lays bare his fears in 13 Hours

But the inverse is equally as fascinating to Bay and he often turns these brotherhoods into their worst selves, presenting broken men who have bonded through an unhealthy reaction to the violence in their lives,3 emerging from the fires of Hades with a sense of poisonous entitlement. From the soldiers serving Brigadier General Francis X. Hummel in The Rock, to the Sun Gym Gang of Pain & Gain, to the trigger happy Transformers of, well, Transformers, Bay clearly is not above wallowing in the muddy pits of manhood, making sure we get nice and dirty while we’re in there with him.

These guys are not the heroes they think they are.

Part 2 – The Corruption of Authority

Bay is well known for his fetishistic portrayal of the military and of military hardware, and is often criticized for his seeming glorification of the machine of war. But I think it is important to distinguish that though he portrays the men and women who serve in a positive, respectful way, he has little love for, or trust of the larger bureaucracy that rules over these men and women. From Bad Boys through to (presumably) Transformers: The Last Knight, there is a clear distrust of the greater authority. Time after time Bay presents the government as secretive, untrustworthy, and obstructive.

From Marg Helgenberger’s IA agent in Bad Boys to the dystopian utopia of The Island to the shadowy Sector 7 in Transformers, there is a through-line of corruption – a corruption of the moral centre of humanity that allows these characters to block the goals of the heroes, or to actively seek to exploit its citizenry4, or to obscure truth for the sake of gain. In 13 Hours the heroes are once again the victims of bureaucracy, hamstrung by a government that is more concerned with its secrets than the lives of the men hired to help keep them.5

It’s not just the government that is corrupted, it is the position of authority itself, and any being or organization that finds itself in that position is helpless against corruption. In Transformers, perhaps the oddest big budget franchise to ever come out of Hollywood, it is applied to the idea of a saviour figure (Optimus Prime), a being greater and more important than us mere humans. The fact that we worship (or at least, defer to his leadership) this being simply for being more powerful, and not because of any proof in his character, seems to madden the master of mayhem. That the film attempts to paint the Autobots as altruistic heroes is bizarre, but possibly also a result of the dissonance between the type of film it is supposed to be (fun, summer blockbuster), and the way Bay feels about these types of characters. To him they are untrustworthy; corrupted by the same pettiness and violence that infects mankind, while also being lifted up by their power over people, and the pedestal those people put them upon.

Part 3 – Punching God in the Face

It might be said that art is a conversation with god – however you might define (or abstain from defining) that term. And if God is/has the ultimate authority in the universe, Bay must also see it as corrupted by that authority – prone to violence and pettiness despite the assumption of being above such human sins. And in his films he aims to expose that corruption and that dangerous hypocrisy, and to explore the relationship it has to the men who stand up to it.

The men of Bay’s films may not be perfect, often lacking the sensitivity or awareness to see beyond the battle before them, but they – the good ones, anyway – still stand their ground, and attempt to take a little back from the encroaching darkness. They are unafraid of the angry gods who descend upon us with promises of altruism and freedom while wielding a sword, no matter the difficulty, or the cost. They have been forged in fire, and their mettle is strong.

The strange thing about Bay’s films is that they are often fascinating messes. As finely honed as his visual skills are,6 he is often unable, or perhaps unwilling, to engage with his subtext. The Transformers films are the worst offenders, opting for bombast above coherence, but because of this they may be the purest expression of his id, unrestrained by the need to be anything more than what they are – indulgent technical exercises using the world’s most expensive toys. But what of the rest? Bay may be an unsubtle filmmaker, but he is also curious about the duality of mankind, and drawn over and over to stories that allow him to paint with shades of grey. And it is these films that – aside from the more immediate gratification they might provide – offer audiences an experience like no other.

Things We're Digging This Week - Week of 6/19/17 Previous
Does It Look Like It's Our First Time? A VIEW TO A KILL Next