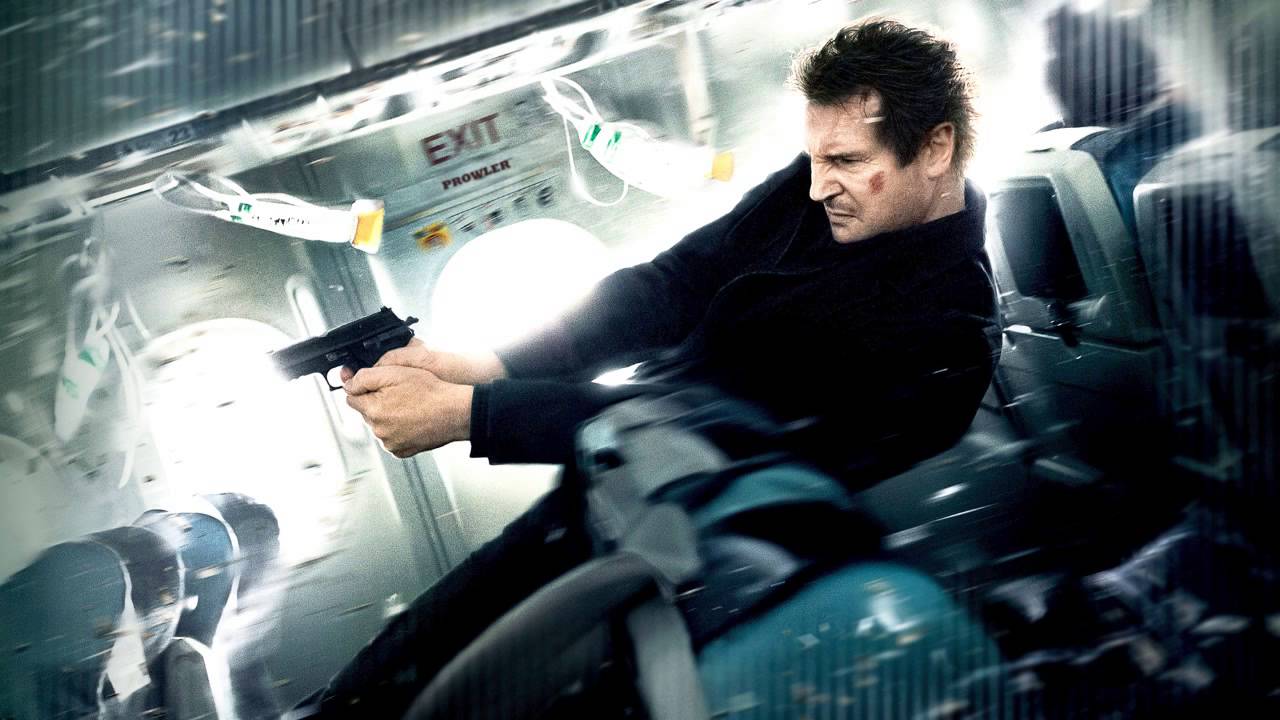 We’re about ten years into the Liam Neeson: Action Man phase of the Oscar nominee’s career now, and it’s pretty safe to say it’s been a bit of a mixed bag. The movie that kicked it off, Pierre Morel’s Taken, was serviceable, if also a bit of a gross, retrograde, conservative dad power fantasy (granted, that’s a lot of Dad Media, but it’s rarely been this overt). The action was competent enough, Neeson gave a steely performance that offset his general lack of credibility as an action hero, and at the time, the idea of seeing Oskar Schindler beat dudes’ faces in was pretty novel. It was something we hadn’t seen before, and that made the audience more forgiving of the film’s crappy other-ing of the Albanians and the movie’s casual xenophobia towards anyone that isn’t a white, red-blooded American like our supposedly badass hero Bryan Mills (who in retrospect is very much a cut-rate John Wick with one memorable speech).

But then the novelty went away over time, as Neeson starred in dumb action movie after dumb action movie after dumb thriller. Sometimes these movies were genuinely good — Joe Carnahan’s The Grey is probably the best of the lot, as a bait-and-switch that was sold as a wolf punching movie but turned out to be a beautiful and sorrowful meditation on coming to terms with death. Some were watchable enough –Scott Frank’s A Walk Among the Tombstones is a serviceable potboiler. But some were outright terrible, none more so than Olivier Megaton’s hideous Taken sequels. To prove my point, here’s Megaton’s idea of an adequate way to shoot Bryan Mills jumping a fence.

But over the course of this phase of his career, Neeson has worked with one director four times, more than any other: Spanish filmmaker Jaume Collet-Serra.

Their collaborations are a wee bit more interesting than Neeson’s other action outings, for a number of reasons. For one, while some of Neeson’s other thrillers in the last decade cast him as either an unstoppable badass, a grizzled tragic survivalist or a tortured detective, Collet-Serra’s Neeson heroes often have an element of everyman or underdog to them. Their first collaboration, Unknown, features Neeson as yet another badass type (which is probably part of why it’s the least of their collaborations), but it handicaps the badass by giving him a setup where he has amnesia and is thrust into some Hitchcock-ian intrigue that he doesn’t know how to deal with offhand.

Their second collaboration, the sublimely silly airplane thriller Non-Stop, features Neeson as a grizzled US Air Marshal, but again provides a handicap by making him a mopey alcoholic with a tragic backstory. He’s trying to solve the mystery of The Dead People on the Plane, but he doesn’t even know how to trust his own judgment because he’s so lost and boozed to the gills. And it becomes thrilling to watch Neeson find his way out of his stupor and eventually get into some of the most insane shenanigans one might ever see in a mid-budget action film for dads.

Their third team-up, the high concept action thriller Run All Night, actually leans into Neeson’s age and casts him as an aging mob enforcer who is, again, boozed up and wracked with guilt over his numerous murders and crimes on behalf of his best friend, Ed Harris’ mob boss. It actually takes the time to build up a real relationship between Neeson and Harris’ characters, so that when a matter involving their sons go south we feel like we have something to lose. Granted, the movie loses its way a bit once it shifts into high-concept mode — for once in one of these joints, a movie actually got less good by leaving the grounded crime drama and becoming a movie where Common shows up as a robotic hitman with a laser targeting system — but still, the movie goes through the trouble to make Neeson both troubled and sympathetic. And while he’s playing a rather irredeemable character, it’s sure as hell fun to watch him try to patch things up with both Harris’ mob boss and reconnect with his estranged son.

Finally, their most recent collaboration from earlier this year, the gloriously goofy The Commuter, brings home this team-up by making Neeson an actual everyman. His character is a middle class office drone, one put in a tough situation at the beginning of the film, which is made even tougher once he’s on the commuter train with Vera Farmiga and she’s tempting him into some rather sticky situations. Unlike the flawed characters he played in earlier outings, his character in The Commuter is a decent-seeming guy, and it’s easy to invest in him and root for him to save the day. Of course, all of this is helped by the movie going completely insane on the train and culminating in both a marvelous fight scene involving a Fender Stratocaster and a big dumb CGI train derailment for the ages.

Another reason these films (mostly) succeed where some of the other Neeson action joints fail is that under all the nice soft blue lighting and the ludicrous plot turns and the exclamation points of silliness, Jaume Collet-Serra is actually a real deal legit good filmmaker. He knows how to tell a story, please a crowd and how to sell every single one of the insane moments he hits on. In fact, he relishes them. His films often feel like a big exercise in justifying the ludicrous shenanigans he gets up to in the climax. The big spy vs. spy showdown in Unknown, the best cinematic plane battle since Executive Decision in Non-Stop, the big chase and final standoff in the woods in Run All Night and the train crash to end all train crashes in The Commuter. This bleeds into his other films as well. In his breakout hit, the super campy and ridiculous horror movie Orphan, Collet-Serra makes excellent use of atmosphere and builds rising tension for the better part of two hours, before eventually unveiling a plot twist that leads into just about the most bananas climax you could possibly imagine for this sort of thing. And in his recent Blake Lively shark thriller The Shallows (which may, no joke, be the best shark movie since Jaws), he spends most of the lean 85-minute runtime exploring the tension at the heart of his survivalist premise, before climaxing with a big flaming mano-a-mano Blake Lively vs. Shark battle royale. Pretty much no dumb shark movie has ever topped The Shallows terms of combining both lunacy and sheer cinematic craftsmanship, and even managed to throw in a few beautiful shots along the way.

Do dumb trashy movies ever look this good?

When once asked about his process of picking projects in an interview with Little White Lies, Collet-Serra had this to say:

It’s not a coincidence. It takes me a year or a year and a half to make a movie, so it would be a long coincidence. It’s what I like. I keep getting interested in movies that have challenges and I think that genre films usually have challenges in them – a concept that’s interesting but difficult to explain to the audience. Or you’re keeping a secret, maybe. Or it’s one location, with one actor. Those are the kinds of films that I like, with two or three moving pieces, or playing notes over and over again. Some people might find that limiting but I find it interesting, and it sparks my imagination. I like to work within certain limitations and find creative solutions to the problems I’ve been given, or the challenges of the script. I like that environment a lot. Obviously, the movies are high-concept, but that doesn’t mean we can’t aspire also to having good stories and characters, or emotions. That’s what I aspire to, to elevate things from the concept and to connect with the audience. Sometimes I make it, sometimes I fail, but that’s my aspiration, always.

Jaume Collet-Serra is a filmmaker who literally enjoys genre trash and working with dumb action scripts because he sees it as a challenge. Here is a man with truly no pretensions. He has no delusions about what he’s making, but he also has something to prove. In his heart of hearts, he wants to believe that dumb action movies don’t have to be poorly made crap, that they can be hilarious and thrilling and even weirdly honest and resonant in their best moments. He believes that dumb dad action movies don’t have to suck, and he’s not afraid to fail in order to get at what he’s trying to do.

And for that, I think Jaume Collet-Serra should be more than just known. He should be celebrated.

The Dawn of Dad Media: The Novels of Don Pendleton Previous
Stream of Consciousness: The Apex PREDATOR of Beefcake... Next