A Thunder of Jets in an Open Sky, A Streak of Gray and a Cheerful Hi 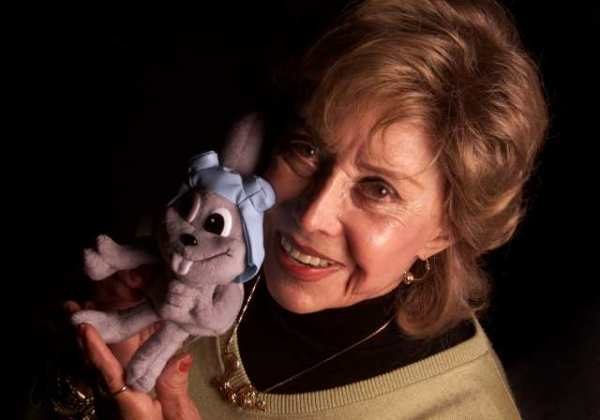 I can’t remember a time in my life where Rocky and Bullwinkle and Friends wasn’t a part of my consciousness.  Amongst my mother and father’s favorite shows, it was a foundational text in my sense of humor and sensibilities.  Whether it be my (over)-use of silly voices, my passion for punny humor, or constant self-deprecation, Rocky and Bullwinkle is THE cartoon that shaped my youth.  Sadly, yesterday marked the passing of the final member of the show’s triumvirate of classic voice actors, June Foray.

Alongside Bill Scott and Paul Frees, June Foray helped form a voice acting team that brought to life not only “moose and squirrel”, but also a colorful assortment of side characters and the aforementioned “friends” that helped make up the show’s variety hour feel.  Foray not only provided the voice of the heroic and intelligent Rocket J. Squirrel, but also the villainous Natasha Fatale, Dudley Do-Right’s damsel in distress parody Nell Fenwick, and every other female voice the show brought to the table.  It was a true feat of vocal versatility.

In addition to her work in Rocky and Bullwinkle, June Foray was a extremely prolific voice actor, providing the voice of Granny from Looney Tunes, Lucifer from Disney’s Cinderella, Grammi Gummi from Adventures of the Gummi Bears, as well as smaller roles in films and TV such as Peter Pan, The Flintstones (where she was the original pilot voice of Betty Rubble), Lost in Space, Scooby Doo, and Yogi Bear — and that’s just like 1% of her credits.  She even did ADR work portraying the Brody kids in Jaws!

And for you theme park fans out there, Foray was the voice behind one of the women in Disneyland’s Pirates of the Caribbean ride.

A constant proponent for film and television animation, her work and influence also lead to the foundation of the Annie Awards in the early 70’s, as well as the Academy Award for Best Animated Feature.  Still, Foray’s most incredible gift is that, until this very day, I had no idea she was the voice behind all of these iconic characters and shows.  She’s a legend of voice acting and you’d almost literally have had to live under a rock to not have been exposed to some piece of art that she wasn’t a part of.

Nectar of the Godzillas: GODZILLA RAIDS AGAIN Previous
Things We're Digging This Week - Week of 7/24/17 Next

The Shark is Still Working