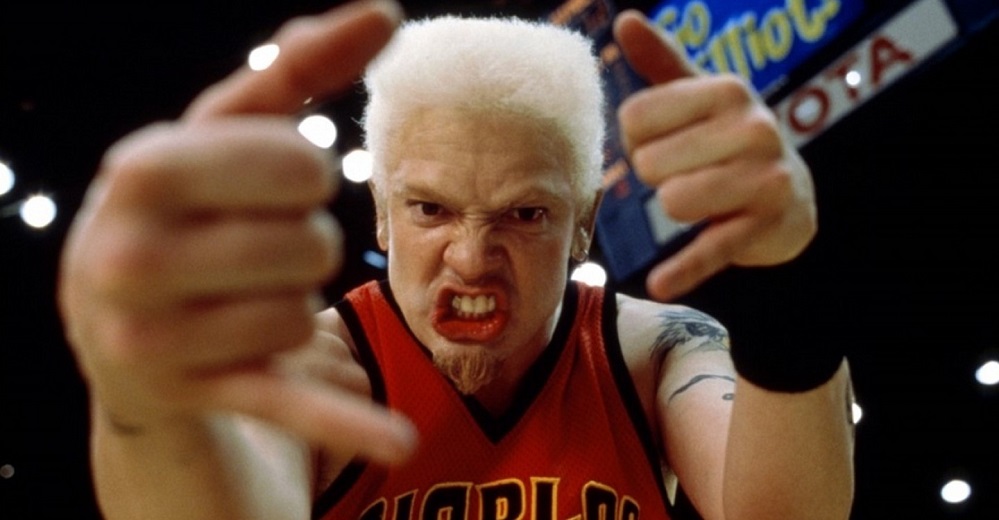 Two episodes in and there is one thing I can absolutely confirm about Lewton Bus’s Cinema Chance Cube: This is the dumbest show of all time. After Ryan, Shannon and myself spent over an hour emphatically proclaiming from the heavens the virtues of Dolph Lundgren, Brian Benben, and the 1990 film I Come in Peace, we’ve come to talk about the overwhelming thirstiness of 2000’s Bedazzled, starring Elizabeth Hurley, Brendan Fraiser, and Elizabeth Hurley’s wardrobe.

This is after an exhausting roll of the chance cube in which our crew narrowly avoided being Christopher Walkened right in the frontal lobe by our fearless editor-in-chief’s choice of an Uwe Boll film—the bastard.1 We sold our soul to Satan just in order to avoid that one. Unfortunately for us, our winner was Bedazzled, which has aged less like fine wine and much more like a wino’s cheap-boozy defecation. This film was my choice, though, so I have to take the blame here: I last saw it when I was like 11 or 12, and I was not the most woke at that age… mostly I was just a very pubescent 12 year old and this film, and Elizabeth Hurley’s performance, is tailor made for that age bracket.

Other topics include Shannon’s pillow-fighting experiences, Ryan’s slash fiction of Black God as Brendan Fraiser’s bottom, and arguably the darkest joke in Lewton Bus history, as told by myself. Not to be forgotten, there’s also discussion of micropenises, brownface, Netflix’s Tall Girl, and a heaping helping of liberal conspiracies—brought to you by a guest appearance by Infowars’ Alex Jones!

Ryan also mentions his early 2000s blonde hair tussled with Murray’s Pomade that looked just like Fraiser’s in the basketball segment of this film, but the coward didn’t give us an image for these show notes.

Anyway, give this one a listen, like and subscribe on whatever your listening service of choice is. Also, comment below on what you thought and whether or not you think we should banish Shannon to the nether realms for his Uwe Boll selection and for not knowing who Wayne Static is.

A Gift to the Future: SHE-RA AND THE PRINCESSES OF POWER Previous
Isolation Nation: Volume 2 Next