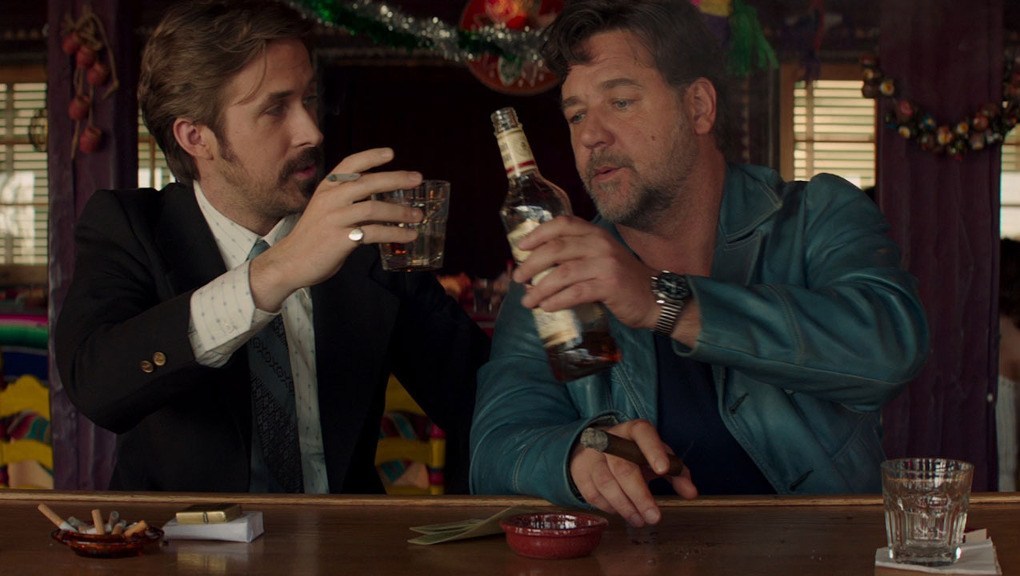 We’ve finally made our way through the first round of Chance Cube rolls, meaning this episode was loaded for the person whose gambling had paid off the least. This time, it was me, meaning I had an extremely difficult choice at the end of last week’s episode: am I a benevolent dictator who provides something that doesn’t suck, or do I make them watch a Kevin Smith film? I was kind and loving and went the former route, picking one of my all-time favorite films: The Nice Guys.

I’ve been obsessed with this film pretty much since I saw it in theaters the weekend it opened. It ticked basically every box I could possibly imagine. I’ve long adored Shane Black’s writing — particularly his brand of comedy and the way he mixes ground-level earnestness into his overarching cynicism — and combined with a murderers row of actors giving their best performances, it’s impossible not to enjoy yourself watching this one.

We also talk about the sad story of Stephen Norrington’s career, Ryan’s disappointment with The Predator, and the missed potential of a Nice Guys sequel — potentially starring Roger Rabbit. This, again, is a film that kicks off the plot with a car crash, which we’ve now realized is our kink because we’re apparently characters from Cronenberg’s Crash. Alex Jones returns after a brief hiatus to explain the conspiracy at the heart of this film, and also to discuss his most recent claim of being prepared to eat his neighbors (and also asses).

It should be said, however, that this episode was a bit heavy to record. The man Shannon went to see The Nice Guys with in theaters, Eric Tonningsen, passed a few days prior to our recording, and this episode is dedicated to him.

But we still hope you enjoy and find some humor in our dumbassery, as Eric would have wanted. So go ahead and grab a Yoo-hoo (or a bourbon martini), hop into the pool with a few mermaids, and listen to this wonderful new episode. As always, like, review, and subscribe to our channels on whatever podcast service you use and while you’re here, leave us some comments about the show. We welcome your criticism and stuff, positive and negative. We might be the world’s worst podcast, but we’ve got a cool ad.