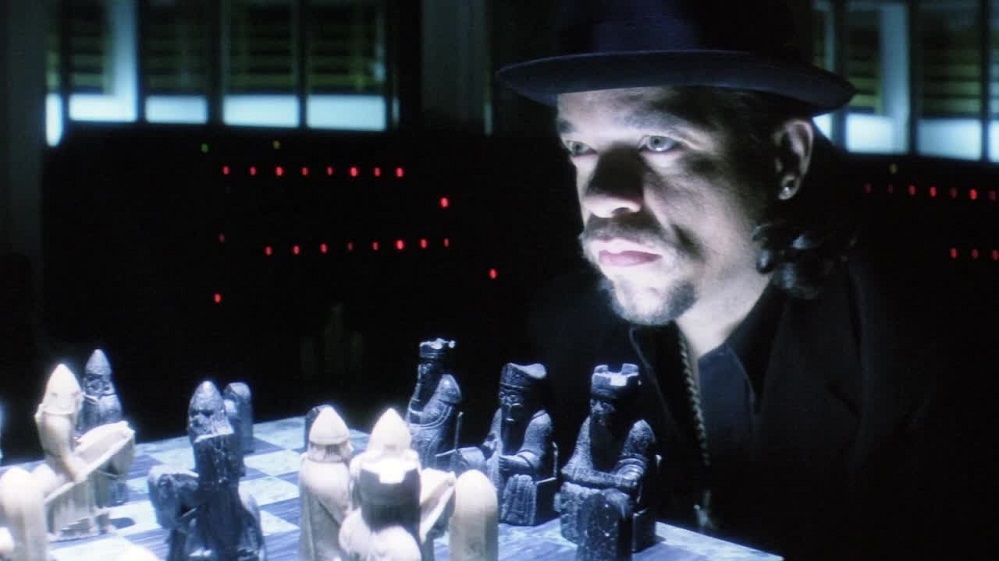 I thought I Come in Peace was wild, but his one was somehow even weirder. 100 criminals get thrown into a prison by the mob, are given hundreds of guns to murder each other and the last three standing win $10 million — a perfect film concept. It’s the stuff along the margins that is where this one stands out though. Do you like Mambo music? Well this film has the same salsa song play throughout the film both diegetically and non-diegetically. Lambert plays an absolute psychopath with the world’s weirdest laugh and a penchant for being cranky about kids these days. Ice-T’s mob boss has one of the most incredible aesthetics I’ve seen in a film in a long time. This one is a blast.

It’s also got Ryan professing his undying love to Lambert, Shannon goes on a rant about security camera footage, and I ponder whether or not this film was made as a money laundering scheme for the mob. There’s also some digressions about vampire racism and how Netflix needs to start making real-deal DTV action instead of wannabe-Hollywood blockbusters like Extraction. Oh, and Ryan gets into a rage-fueled tirade over Umbrella Academy and the waste of a perfectly good monkey butler. Also, for the love of God get a load of Ice-T’s Mean Guns getup because it’s immaculate:

As always, like, review, subscribe, etc. (there are links below) and let us know what you think in the comments below. Do you like our jokes? Did you miss Special Guest Alex Jones this episode? Give us your thoughts.