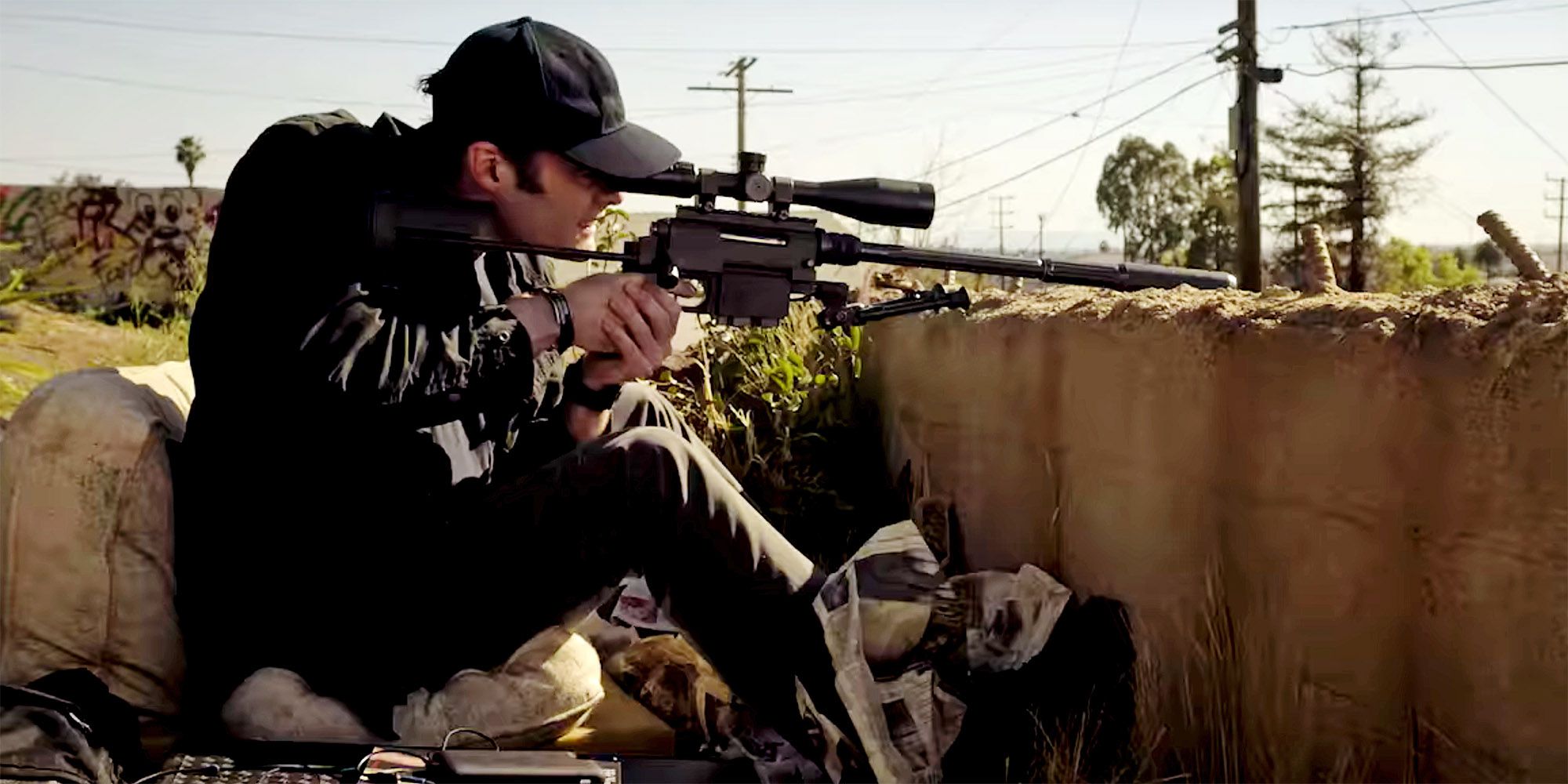 Episode 3, “Make the Unsafe Choice,” Barry has to kill a Bolivian drug lord named Paco in exchange for Fuches’ life, Fuches tries to worm his way out of being a prisoner at the Chechens’ house, Sally gets an audition, and the police interview the acting class for clues about Ryan’s death. Let’s get to it.

The third episode opens with Barry holding his sniper rifle in position, waiting for his mark to leave his house. It’s hard to convey just how unsettling it is to see Barry with a sniper rifle. It’s not the rifle itself; it’s what it represents on Barry. The last 5 minutes of the first episode, “Make Your Mark,” told the audience “you aren’t prepared for this violence” and tore down Bill Hader’s funnyman persona at the same time. It replaced that persona with Barry.

It’s a shot that snapped me back to attention as I remembered, “oh yeah. Barry murders people. He’s a good guy… but he murders people.” These feelings of (extremely mild) confusion over rooting for a contract killer would simply not exist if we hadn’t gotten an entire second episode to act as a breather. Of course, I’m not crazy. I love this show, and it doesn’t work unless Barry is out there trying to balance being an assassin and an actor. It’s just that Hader makes him so sympathetic and easy to care about.

Instead, Hader and Alec Berg, who co-wrote episode 2, wisely kept Barry out of his day job, and chose to build up Barry as a man who desperately wants to be three-dimensional by being an actor. This is one of the greatest strengths of Barry as a show. It doesn’t make fun of the dreamers because its hero is one.

What’s also incredibly unsettling is when Barry finally goes after Paco. The heart wants what it wants. Barry wants to be an actor. He wants to be with Sally, who wants him to come over. So when he decides it isn’t worth waiting in the hills with his rifle to see if Paco will leave his house again, it gets too up close and personal. He does something that, again, places him in the path of his mark. Time will tell what kind of emotions he’ll face this time.

Another new experience for Barry this week is expanding his imagination. Tasked to describe a private space, he chooses a grocery store and then fails completely to think about what’s in it (he says there’s soup – but it’s probably just broth). Barry is trying to be different people, showing different faces to his acting class and to the Chechens. Gene Cousineau asks, “where have you been?” and Barry chooses the grocery store because he’s flustered but also because he can’t answer Cousineau truthfully. He can’t tell his classmates he was in Afghanistan, the hills of LA with a rifle, or at the scene of Ryan’s murder. He sticks to his auto part sales cover story with the cops and even tells Sally (off screen) that he quit his job. The show, by repeatedly colliding his two worlds, is telling the audience that Barry won’t be able to do anything right until he reconciles the different parts of himself that are closed off, even though that’s extremely dangerous for him and everyone else.

As funny as the soup scene was, this episode’s humor was far more subtle. The previous episodes have had more of a 50/50 split between comedy and drama but this one tips the scales at around 70/30 in favor of drama. Barry is at a crossroads and it shows on every furrowed brow Hader makes. He continues to impress as a writer, actor, and director. After this, I will be launching my “Barry season 2″ letter writing campaign. What can we send to HBO to show our support? Soup? Mamet scripts?

Episode 3’s comedic MVP is Henry Winkler, solely for the way Gene slides into Detective Moss’ doorway to hit on her and throw finger guns in her direction from afar. The episode’s dramatic MVP is Sarah Goldberg, who imbues Sally with such pathos as she navigates an audition she’s worked so hard to prepare for (a TV adaptation of We Bought a Zoo), only to find an old friend has gotten the lead role. Sally feels humiliated and her turn to Barry for comfort feels both natural and understandable, even if she makes romantic overtures (which he returns) out of a desire to connect to someone who may actually want her rather than use her as a prop to make themselves feel better.

By now it’s clear that Barry thrives on the visual details. Noho Hank uses a cutesy fox mug. Barry daydreams of shopping for soup with Sally in a grocery store and the signs behind them say “SOUP” repeatedly even though half the aisle is juice. The new text joke with the confetti and balloons. The bullet, never seen but given such life with the detail of it being delivered by DHL. Another hilarious gag is the comically large lens that Noho Hank’s “self-consciously scary” goon uses on his camera to take photos of Barry and Sally as they stroll, unaware.

Another fantastic feature is the show’s use of wordplay. Each episode title refers to the theme of that episode in a way that pays off subtly throughout. In this episode, Barry’s unsafe choice is not waiting for Paco to leave his house so he can kill him from the safety of the hills. But we get an extra bit of wordplay, too. As he and Paco struggle, Paco says in Spanish, which Sally translates as she’s falling asleep next to Barry, “you don’t have to do this.” Barry’s inner lightbulb lights up and he realizes he doesn’t have to kill people. It’s also a tragic capper to Barry’s continuing cycle of violence, as he had to kill a man with his bare hands because he would rather leave to see Sally. Sally, though she doesn’t know it, became Barry’s murder muse.

Even though there are five episodes left, I can feel this coming to a head. One thing that makes Barry good at military service and being a hitman is compartmentalization. As his worlds start to interfere with each other, how far will Barry go to protect his new life? How can he cope? His threats to the Chechens last episode, his frustration in this one about Noho Hank keeping him from fulfilling his end of the bargain, and the fact that he’s very good with weapons tells me the show could steer Barry down a very dark path. It could also subvert it entirely, and I am incredibly happy that this show could leave me guessing.

My favorite exchange of this episode:

Sally: “What emotion do you associate with soup?”
Barry: “Thirst?”

It's #KubrickWeek at Lewton Bus! Previous
My Favorite Movie: 2001 A SPACE ODYSSEY Next