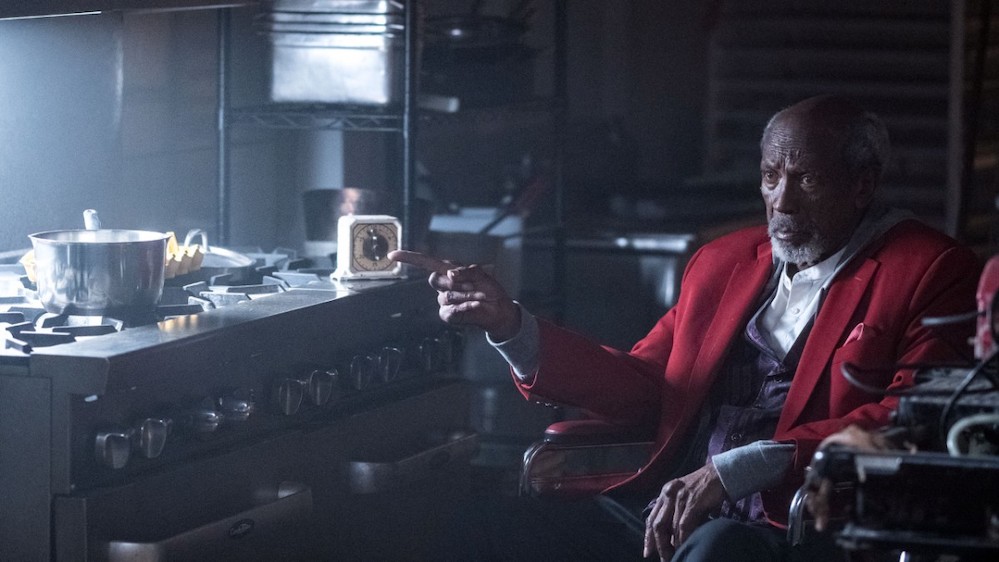 We hope you are enjoying Watchmen just like we are, and that you found the last history guide to be useful. Episode 2 offers us even more history, so let’s dive right in.

Those World War I fliers

The opening of the episode takes place in Germany during World War I. A military official dictates a message to be typed out and soon, leaflets are dropped by air to what look like hundreds of African American soldiers. These leaflets ask questions about whether African American people are really free if they can’t sit with white people. One soldier in particular folds his flier and stuffs it into his uniform. He’s Will’s father, and the little boy discovers it some time later when he’s returned home and playing dress-up with his father’s uniform. The paper that Will has been carrying, the one that says “WATCH OVER THIS BOY”? It’s written on the back of this leaflet.

What I didn’t realize during the episode was that these leaflets were real! Slate has a great rundown of what the real ones said.

During the episode, we flashback to White Night, which took place on Christmas Eve. Angela and Cal are dancing to what sounds like Eartha Kitt’s version of Santa Baby, originally recorded in 1953. Glad to know Eartha Kitt is in this other universe, too.

After taking Will from the field, Angela offers him coffee. She then takes the mug and goes to the Greenwood Center and Cultural Heritage, where we learn that reparations in Tulsa have specifically been paid to survivors and direct descendents of the Tulsa massacre and that anyone who wants to check if they are eligible for reparations can test their DNA at a kiosk. The person explaining all of this on a screen at the kiosk is Henry Louis Gates, Jr. who is the Secretary of the Treasury in this universe. In our universe, Gates is a renowned scholar in African American cultural studies at Harvard. If his name sounds familiar, it may also be because in 2008 he was falsely arrested trying to enter his own home. He and others accused the officer of bias in assuming Gates was a burglar rather than a homeowner trying to get past his own locked door. It culminated in the now famous “beer summit” wherein President Obama invited Gates and the officer to the White House.

Will warned Angela that Judd had skeletons in his closet. I really did not expect to see a full KKK uniform hidden back there. Do I really need to explain this historic reference?

Before we leave Judd and Jean’s house, the camera pans over to a painting depicting Native American men on horseback. This painting is George Catlin’s “Comanche Feats of Horsemanship.” Painted in 1834 and 1835, this painting is just one example of Catlin’s self-taught skills. In a 2003 article describing a retrospective exhibit, Smithsonian Magazine asked, whether Catlin exploited Native Americans in portraiture and landscapes even though he appeared to be deeply empathetic (for his time) and spoke out against others who used slurs and described them as “savages.”

This episode’s title, “Marital Feats of Comanche Horsemanship” is a clear reference to the painting.

How did the painting come to be hanging in Judd’s house instead of being in the Smithsonian collection? Unclear. Why is the name of the episode “Marital Feats of Comanche Horsemanship”? Unclear!

Instead of closing music from Trent Reznor and Atticus Ross, who score the entire show, the closing song is the Beastie Boys’s Egg Man. Eggs have played a part in both episodes of the season so far. In the first, the camera is pointed up from under a bowl as Angela cracks eggs into it to show kids in Topher’s class how to bake mooncakes. In this episode, Will escapes his handcuffs to get eggs so he can hard-boil them for a snack.

The lyrics to Egg Man read, in part:

I looked out the window seen his bald head

Ran to the fridge and pulled out an egg

Scoped him with my scopes, he had no hair

Launched that shot and he was caught out there

Is Will the Egg Man? He’s bald, he has eggs, and… well, I’m probably reaching here.

Are there any historical references you spotted? Discuss in the comments!

Every week, Lewton Bus will publish a concise (and admittedly incomplete) history guide to the quintessentially American references in Watchmen. Every week, we’ll post links, brief discussions, and explanations related to each episode and we hope you’ll follow along and discuss with us.