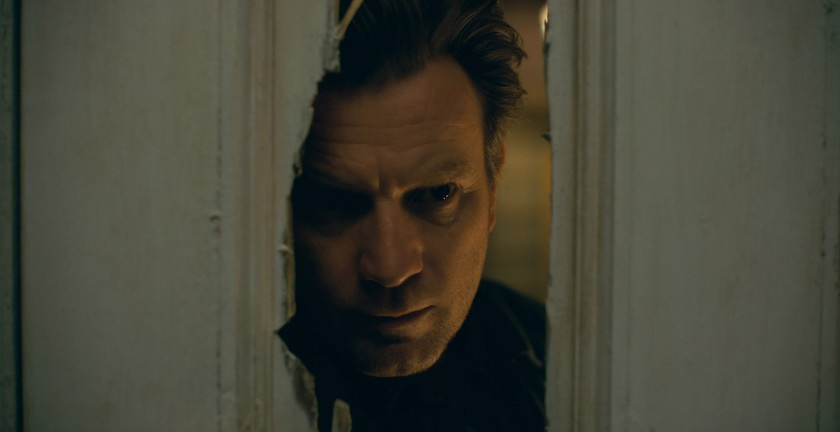 DISCLAIMER: I am a hardcore fan of The Shining (film and novel) and one of the ten people on this planet that really enjoyed the Doctor Sleep novel. I have reread both books more than once and have seen the movie dozens of times, to the point where on some days I would consider it my favorite film. What I’m saying is, my take here might not be the most OBJECTIVE. Just wanted to be transparent about it.

Making a sequel/prequel to The Shining was always going to be an unenviable task at best. Warner Bros. has been trying to crack that nugget for years, at one point considering a prequel movie titled The Overlook Hotel, but the thing is that The Shining is basically impossible to follow up in any fashion. Not only is it maybe the most iconic horror film of all time, its imagery, brilliant use of sound design and iconic Jack Nicholson performance being a pop culture staple at this point, but it’s also a weird, opaque, borderline abstract work of Stanley Kubrick’s rigid formal design, content to leave the audience guessing as to its full meaning while throwing out plenty of nuggets about human fallibility, determinism and addiction. And the last time someone tried to make a sequel to a Kubrick movie, it resulted in 2010, which is maybe more faithful to Arthur C. Clarke’s more literal take on the same material but as a direct sequel to 2001: A Space Odyssey can only come across as a hollowed-out, simplistic retread of territory already well-covered by the original.

This became even more complicated when Stephen King, who has famously decried The Shining as being a poor adaptation of his original novel,1 released Doctor Sleep, a sequel picking up thirty years later with an adult Danny (now called “Dan”) Torrance having inherited the issues of alcoholism from his father. He deals with them by using his telepathic “shine” abilities to help dying patients in a hospice have an easier, more peaceful exit from the mortal coil, before helping a young girl named Abra, who shines even harder than him, deal with the threat of the “True Knot”, a group of literal shine vampires who feed on the pain and fear of those with the gift (which King, in all his goofy glory, refers to as “STEAM”).

Obviously, all this would sort of be an odd fit as a sequel to the Kubrick movie, which is why it was surprising when Mike Flanagan was announced to be directing a film adaptation. For over a year, I sort of pondered what this could even be, wondering if Flanagan would just jettison overt references to the Kubrick film and deliver a straight adaptation (like he did with his underseen and underappreciated adaptation of King’s Gerald’s Game). Then the trailer hit and it became clear that no, far from that, the Kubrick film’s iconic imagery would be front and center here, to a degree that it sort of caught me off guard. And the more I heard Flanagan discuss his concept in interviews–of taking the spine of the story from the novel and combining it together with the familiar elements recognizable from the Kubrick film–the more it became apparent that Flanagan was going for something really unusual, and oddly risky, given that on a bean counter-level a sequel to The Shining that uses its iconic imagery in this way would seem like a slam dunk.

This extremely long preamble was to get across how genuinely hard it must have been to make this movie at all. And now, having seen the finished film, it’s seems genuinely insane to me that Flanagan even tried to make the film this way.

But what’s even crazier is that, in a lot of ways, he kinda pulled it off? Doctor Sleep is by no means a perfect movie, mind you. It’s probably a bit too long (at 153 minutes it’s actually about ten minutes longer than the Kubrick film), the pace of it is sometimes herky-jerky as it brings all its disparate elements together slowly over the course of the film, and a few of the gestures towards the Kubrick movie are occasionally jarring just on a pure referential level. But through it all, Flanagan not only manages to combine and reconcile the gap between King and Kubrick in many ways, but also actually improves on the text of the novel in the process.

The novel Doctor Sleep has numerous concepts jockeying for thematic attention, from King’s themes of addiction and childhood trauma to a soulful meditation on death and how the way we live our lives affects our children and future generations. All of this is in the finished film, but the latter focus on death and generational trauma takes center stage in a rather direct way. Basically every character in the movie, good or evil, is forced to confront either their own death or the death of a loved one at some point during the film, and numerous gestures are made to the way a child can learn from the failings of their parents or the way an adult can poison and ruin the life of a child. The True Knot (led by the gloriously named Rose the Hat) represent a rather bleak view of all this, as they literally end the lives of innocents to preserve their own. Dan Torrance’s struggle with these ideas are where the Kubrickian stuff comes in, as The Shining to him is like a nightmare of horror and death he can never quite wake up from (which also works on a metatextual level, as it weaponizes the imprint The Shining has left on pop culture against the audience). Even as he tries to store them away inside the deep recesses of his mind—a concept explored in a surprisingly literal way—the ghosts of the Overlook continue to haunt him, whether they be a dead woman in a bathtub or the axe-wielding alcoholic rage of his father. Flanagan stages numerous scenes in a way that directly references Kubrick’s staging and camera angles, as Dan walks through the footsteps of what came before, knowing where his father failed and trying to do better. Only through guiding others peacefully to rest does he ever manage to find some semblance of peace, at least until forced to confront his demons directly.

Oh, and also, the movie is kind of frothing-at-the-mouth insane as a sequel to the Kubrick movie in general. Outside of one fist-gnawing, raw, brutal sequence of horror midway through the film, it’s not all that concerned with being scary, instead content to basically be a psychological drama with supernatural elements on the fringes. And the climax it builds to… well, I wouldn’t want to get into too much detail, but I gotta say I never expected to see characters having a psychic mind battle inside the Overlook Hotel’s Colorado Lounge on screen.

The cast is almost uniformly excellent. Ewan McGregor gives his best performance in years as the quiet, haunted adult Dan, selling so much through the smallest and subtlest of gestures. Rebecca Ferguson as Rose the Hat is maybe the best-ever translation to screen of King’s thematic fixation on the banality of evil, talking a very big game and relishing in her evildoing but being incredibly fallible when push comes to shove. Cliff Curtis embodies the small-town decency that is a staple of many a King novel as Billy Freeman, and Kyleigh Curran is perfectly slightly precocious but also wise and brave beyond her years as the young Abra Stone.

Most importantly, I think what Doctor Sleep gets right is that Flanagan, while using some of Kubrick’s stylistic tricks and imagery, didn’t worry too much about trying to make a Stanley Kubrick-like movie. Instead, he chose the right path and made a Mike Flanagan movie, one about family and trauma and death and how we deal with all of it. He took the sensibilities of Kubrick and King and mashed them together with his own, and created a movie that some might find a bit overindulgent or overlong, but that I found surprisingly engrossing, meaningful and occasionally quite touching. It is a monolithic, psychological, weird-ass studio genre movie and sequel, and the fact that it has as much to say as it does, given the masters it had to serve, is kind of a miracle.