FAST & FURIOUS 6 And The Benefits of Not Playing It Safe 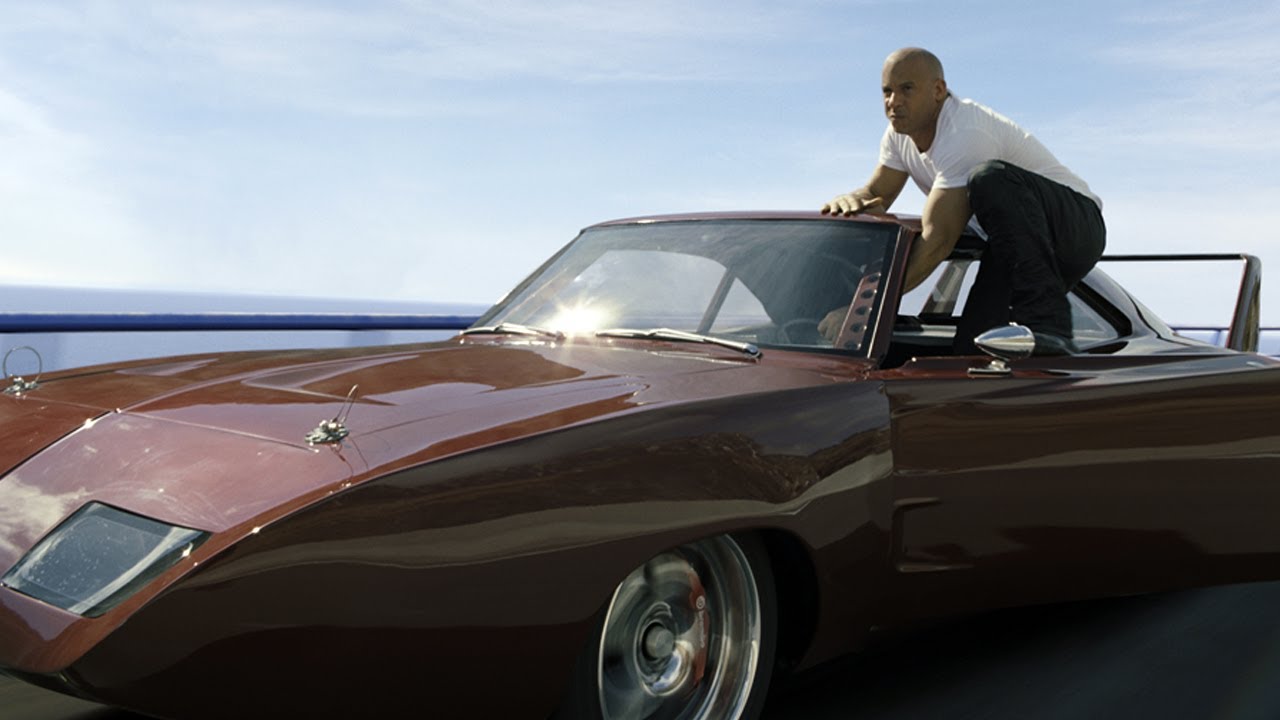 “The crew we’re after, they hit like thunder and disappear like smoke. You go in alone, you won’t ever touch them. I’ve been chasing these guys across four continents and twelve countries and believe me the last place I want to be is in front of your door step selling Girl Scout cookies. I need your help Dom. I need your team.” That paragraph right there is the moment a franchise changed, the moment where the Fast & Furious decided that instead of continuing to attempt to perfect their existing model, they were going to change the game.

The first five Fast films are for the most part, of a piece.  Excluding Tokyo Drift, they are all basically undercover cop/heist movies built around street racing/car culture.  They are about a gang of adrenaline junkies who cannot seem to stay on the right side of the law, even when they are working for them. Even Fast 5, the film many argue to be the best in the franchise, still basically fits into this vaguely defined “Point Break meets street racing” aesthetic. With Fast & Furious 6 however, things change fairly significantly. With Hobbs’ (Dwayne Johnson) recruitment of Dom (Vin Diesel), the family changes from a gang of outlaw speed freaks with hearts of gold into some kind of advanced vehicular counterterrorist unit. In a franchise built upon the principle of improbable escalation, this might be the most insane one to date, but it’s inarguably the best move the franchise could have made. It’s a clear sign of a franchise that’s paying attention to what works in each successive film and acting on that to insure that they continue to improve.

The Fast franchise more than most has shown a consistent inclination to truly listen to feedback from its fans. When those fans fell in love with the character of Han, who dies in his debut appearance in Tokyo Drift, the creative team responded by making the next three films stealth prequels to it so as to allow fans more time with the character. And when the fans fell in love with Dwayne Johnson’s performance as Hobbs and the infectious chemistry he had with the core cast, they responded to by constructing a scenario in which he would spend a ton more time with them. Other studios should take note because this methodology is producing both consistently good films and increasingly lucrative returns at the box office. It turns out that if you make good films, and reward loyal fans with more of what they love, that you can be pretty successful.

That’s not to say that 6 is a wild departure from the rest of the series, but rather another example of what I’m certain is the franchise motto at this point, “let’s go bigger”. Having the team racing across Europe and teaming up with Hobbs in an attempt to take down a gang of European vehicular mercenaries/terrorists is exactly the kind of bonkers escalation that only this franchise could come up with. The fact that we don’t even question it is a testament to the new heights this franchise has risen to over its last three installments. 5, 6, and 7 are all amazing in their own ways. That being said, 6 is definitely the best.

In this installment in Hollywood’s most improbable franchise, it feels like all of the elements have truly found their optimal mixture. The stunts are insane, the villain is the best in the franchise, and the character moments and chemistry that may be the true hallmarks of the franchise are as wonderfully rendered as ever. After all, first and foremost this franchise is about family, and with this film the family grew once again. The decision to move Hobbs from adversary to ally was a masterstroke. He was arguably the highlight of Fast Five with his massive personality, constant stream of one liners, and dogged determination. By tossing him in with the team and thawing him ever so slightly, it adds a new spark to the dynamic that is like a breath of fresh air. Johnson is playing an old school 80’s action hero amongst a team made up of almost entirely modern archetypes and it works like gangbusters. The insane macho energy he brings to the table is the perfect complement to the rest of the core cast. It also provides us with one of the most gloriously bafflingly shot conversations in the history of cinema and this should be appreciated.

I mean, look at this, it’s glorious

None of these bold decisions would have worked if the villain of the piece had fallen short, but thankfully that is absolutely not the case. Owen Shaw (played brilliantly by Luke Evans), is a villainous high point for the franchise. Evans alternates between aggressive scene chewing and quiet menace in a way that that few actors can and manages to create the perfect threat for the team to go up against. He has no grand master plan or extreme political ideology, he’s a mercenary who’s only code is “precision” and in that he is a master. His plans are intricately crafted with so many built in head fakes and contingencies that the team is constantly finding themselves on their heels. Combine that with the fact that he and his team are drivers of arguably equal skill to our heroes and it’s quite the potent mix for a villain. That alone would be plenty, but Shaw has one more trick up his sleeve. He has Letty. While not dead as we were previously lead to believe, she does find herself without any of her memories and Shaw has used this to his advantage and brought her onto his team. The journey by Dom and the gang to bring her back is a powerful one and makes the final showdown with Shaw, with Letty by their side once again, all the more potent.

It wouldn’t be a Fast film without some killer stunts, and this one has plenty. From ram cars designed to flip vehicles they collide with to a blazing plane crash, 6 has one of the most insane stunt catalogues of any franchise film in recent memory. As I previously mentioned each of the films in the franchise abides by a “bigger and better” motto and this is particularly true of the stunt work. They go all in with this stuff in a manner that is truly satisfying. The highlight of the film, and arguably the franchise so far is the tank chase sequence in Spain. Watching a villain drive a tank the wrong way down a busy intersection, crushing cars demolition derby style while the heroes try to stop them is a true highlight. The fact that their solution is to tie a car to its turret and throw that car off an overpass just elevates the entire spectacle. The extent to which these films go to up the bar with each successive entry is something to truly admire.

I’m a new convert to the Fast fan base, but after Fast & Furious 6 I was completely hooked. It is a highpoint not only for the franchise but for big studio driven franchise filmmaking in general, the kind of effort that only results when a group of extremely talented people come together to do something they truly love. It’s also a shining example of what can happen when you aren’t afraid to innovate. The creative team behind this franchise could have easily chosen to play it safe and do what works but they took a chance and managed to redefine the franchise in the process.

TOKYO DRIFT and Coming of Age Previous
FURIOUS SEVEN: It's Never Goodbye Next