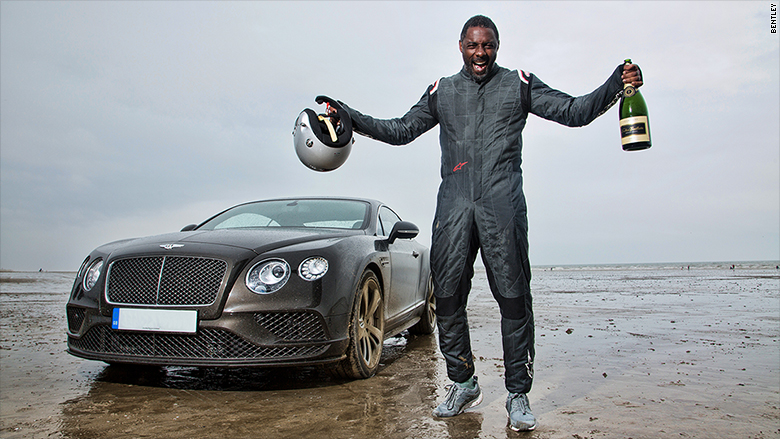 Variety reports that Idris Elba has been cast as a villain in the Fast and Furious spin-off movie, Hobbs and Shaw, opposite Dwayne Johnson as Luke Hobbs and Jason Statham as Deckard Shaw (both were last seen in Fate of the Furious). He’s the latest addition to the Fast – Vanessa Kirby, best known for The Crown, was announced yesterday.

The Fast and Furious series, by the way, is one of the best action movie series of our lifetimes and I imagine this very exciting decision went something like this:

Me: “Internet, who should be cast in the Fast and Furious spin-off Movie, starring Dwayne Johnson and Jason Statham?”

Studio executive: “By golly, what a marvelous idea.”

And so, the Internet was right for just one moment in time and in my imagining, studio executives look like that stuffy British guy in Furious 6 who thought Ludacris was too poor and uncouth to purchase all of the car show’s luxury vehicles. He’s now very sorry because his ass got handed to him, and his shame means he is constantly making amends by approving great ideas for a movie series he’s producing about a group of hip, small-time thieves who graduate to international espionage. Yes, I am also confirming that in the Fast and Furious universe there are movies about Dom, Brian, Letty, Mia, Tej, Rome, Han, Giselle, Hobbs, and the Shaw brothers.

Anyway, Hobbs and Shaw (I doubt the studio will actually leave it to be titled, Hobbs and Shaw, but we’ll see), and their rippling muscles and ridiculous stunts, will be released on July 26, 2019.

WESTWORLD Season 2 Post-Mortem Previous
REVIEW: ANT-MAN AND THE WASP Next

The Second HOBBS AND SHAW Trailer is All About Family Business

At The Mountains Of Meathead