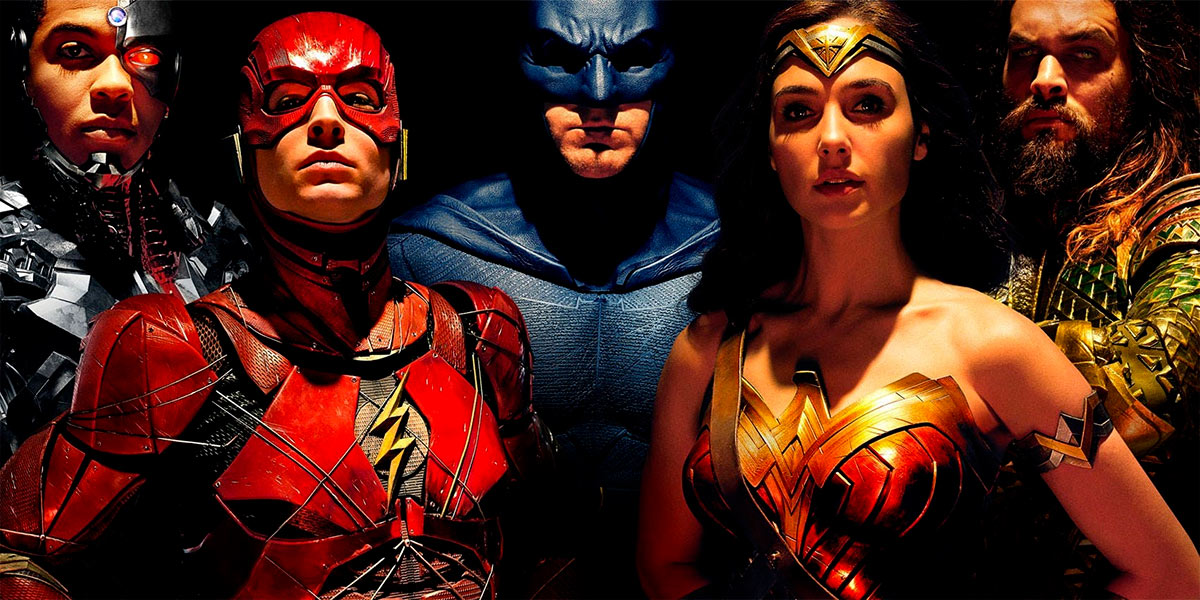 I find myself wishing that Lewton Bus had been around in March of 2016, when Batman v Superman: Dawn of Justice hit theaters. Zack Snyder’s film, ostensibly about a clash between two of our biggest pop cultural heroes, was bad in a variety of ways, from tone to themes to pacing to character. It was just an avalanche of bad creative decisions, and that’s not even getting into the role it was supposed to play in the burgeoning DC Extended Universe (DCEU). But there’s bad and then there’s bad. Batman v Superman was bad in interesting ways. Baffling ways. To be clear, I’m not defending the film — I’m just saying that it would have been an interesting thing to write about. It would have been sort of fun to poke it with a stick and pick apart the various ways it did and did not work.

But alas, I am not writing a review of Batman v Superman. Instead I am stuck writing a review of Snyder’s followup film, Justice League, and if you notice more typos than usual it’s because I’m stifling yawns while pounding at the keys. It’s not that Justice League is a bad film. I would say it’s the second best film in the DCEU, after the quite good Wonder Woman, but that isn’t exactly a high bar to clear. It’s also not particularly good. If you asked me for a blurb, it would be this:

Justice League picks up during the aftermath of Superman’s (Henry Cavill) death in Batman v Superman. Everyone the world over is shown being Very Sad after the loss of that (supposedly) inspiring hero. It’s the first of the film’s attempts to course-correct and subtly retcon the franchise, and you can practically feel it being weaned from its previous shallow cynicism. In Superman’s absence, even the crooks seem lost. Who will protect us from all these cosmic horrors? In one quick gag, Superman’s death is placed in the context of all the real-world cultural heroes we lost to the Grim Reaper in 2016.1

Bruce Wayne (aka Batman, aka Ben Affleck) is spending his time hunting down demonic insect dudes called Parademons that seem to be popping up everywhere. They seem to smell fear, although I don’t know how Batman figured that out. I guess he is the world’s greatest detective after all. He’s also trying to pull together the set of metahumans we saw clumsily teased in Batman v Superman, so they can all band together and face a greater threat. How he knows there’s a greater threat, I don’t know. Greatest detective, et cetera.

But it turns out he’s right! Alien baddie Steppenwolf (Ciarán Hinds) pops down to Earth in search of a trio of Mother Boxes: ancient artifacts that, when combined, do a whole Wrath of Khan Genesis Device thing, destroying the world and remaking it in a more Steppenwolf-friendly way. After Steppenwolf’s previous attempt to destroy the Earth thousands of years ago, the Mother Boxes were split up like Rings of Power between the Amazons, the Atlanteans and the humans. Now he’s back. This time for sure, right?

Steppenwolf, despite having been born to be wild, is incredibly dull as an antagonist. I’d say he looks like he stepped off of a heavy metal album cover except that would make him sound more interesting than he is. I have no idea why he’s entirely CG. Other than his extreme height, he’s a humanoid with bad skin and a lot of armor. Given the character design, a practical actor composited in creative ways would have been much more convincing than the dead-eyed, digital mannequin we got. But that’s just window dressing. The real problem is that Steppenwolf doesn’t exist as a character beyond his generic, villainous lust for power and conquest. Some people give the Marvel films a lot of guff for featuring boring baddies, but at least most of them have understandable motivations. Steppenwolf is a cosmic Snidely Whiplash, and not much more.

Steppenwolf wants the Boxes. Batman and his Superfriends don’t want him to get the Boxes. The MacGuffin chase begins. Lots of punching. Lots of shooting. That’s the long and short of Justice League, and that’s okay by me. The DC crew obviously paid attention to criticisms of the previous films and moved away from the dour and vapid “deconstructions” of the previous films and have opted instead for a light and quip-heavy tone that works better for the most part. The new heroes — Aquaman (Jason Momoa), Cyborg (Ray Fisher), and The Flash (Ezra Miller) — are saddled with some clumsy exposition, a side-effect of the ass backwards way the DCEU has been built, and they are slammed together into a “team” without much fanfare, but they play off of each other in fun ways. Affleck is good as Batman, now that he’s gotten past the truly nasty tendencies he displayed in Batman v Superman, and Gal Gadot is still great as Wonder Woman. It’s trite to say, but she’s the flagship hero of the franchise at this point, and this movie only reinforces it.

This new, lighter tone is Justice League’s greatest strength. Unfortunately, it also illustrates its greatest weaknesses. If you’re the type of die hard DCEU fan who believes that the only alternative to Batman v Superman’s tedious self-importance and “grit” is a bunch of jokes and absolutely nothing going on under the surface, Justice League isn’t going to do anything to change your mind. This year we’ve seen some lovely superhero films like Wonder Woman and Guardians of the Galaxy Vol. 2 that were comparatively light in tone but had at least a modicum of thematic weight to them. By comparison, Justice League is an utterly empty construction of quippy dialogue and rather dull action scenes, redeemed by some good performances by its titular team. With this shift in its approach, it’s not that the DCEU is taking the wrong lessons from other films’ successes. It’s taking some of the right lessons, but not all of them.

You can’t slather some jokes onto a film, call it a day, and expect it to resonate with people in the same way as, say, Diana’s arc toward disillusionment in Wonder Woman, or the parent/child/sibling relationships in Guardians 2. Justice League only takes those few, easy steps in the right direction, and the result is watchable yet utterly forgettable, defining “wait for Netflix” in a way that its inferior predecessors never could.