MARTYRS, INSIDE, and the Quest for a Beautiful Death

The Power to Die in French Transcendental Horror 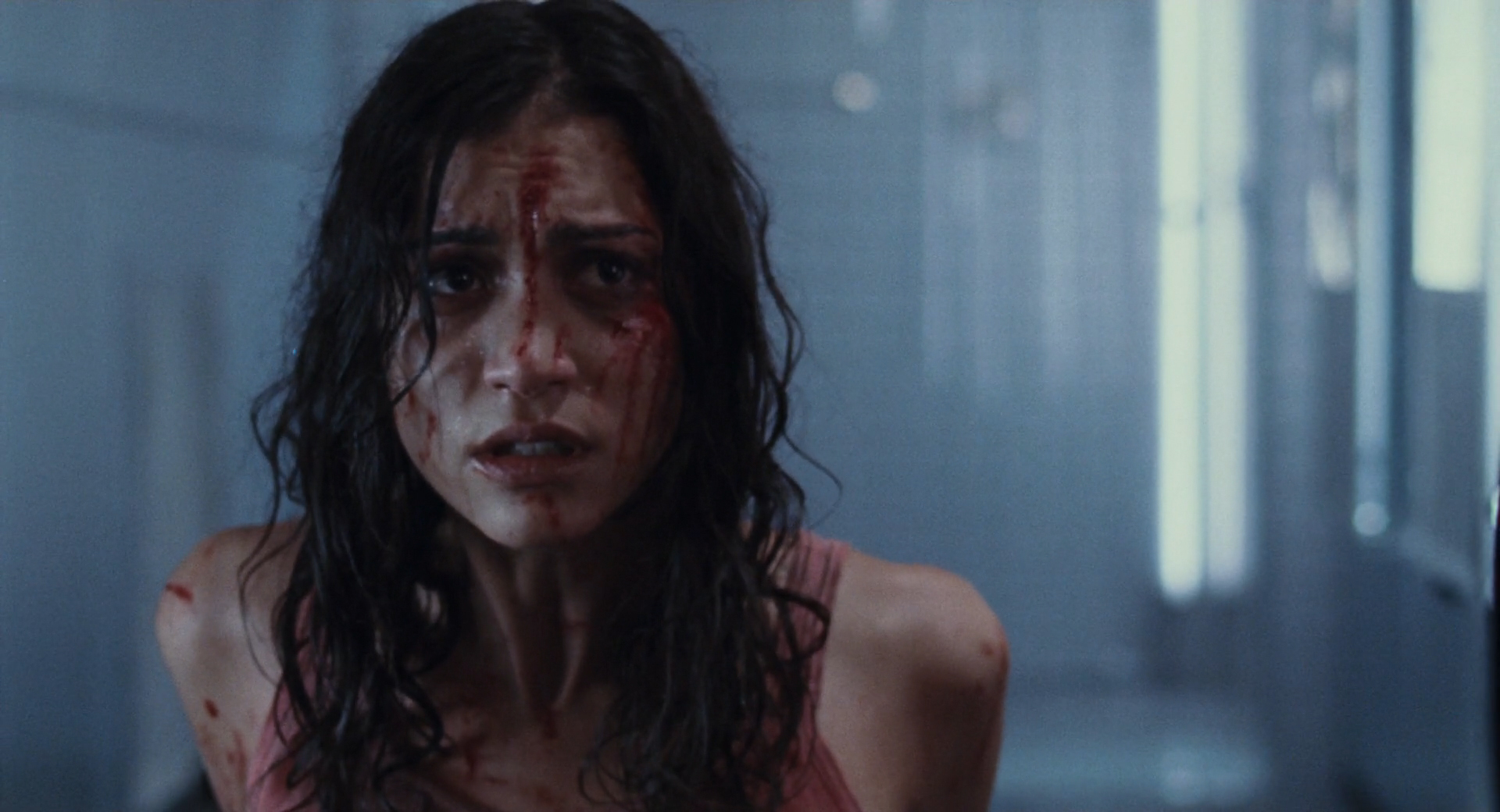 Martyrs (dir. Pascal Laugier, 2008) and Inside (dirs. Julien Maury, Alexandre Bustillo, 2007) are difficult films to love. They are not exploitation films. They do not allow us to segregate their horrors from their pleasures. These films exist, entirely and wholeheartedly, to portray death; we can’t claim to enjoy them for anything other than this. We watch them because they comfort us, somehow. These aren’t gentle films, they don’t sanitize; if anything their creators seem to thrill in finding the ugliest possible ways to die. Why, then, do we watch them?

The wicked elites in this film use the exploitation of captive humans more or less the way that we use fiction, in film or otherwise – We channel fear, rage, fantasies of vengeance into our proxies, characters whose sacrifices enable us to tape over our feelings for another day. The villains are a distressingly organized and dull posse of, well, maybe they are a deranged book club; I like to imagine that they are friends to the death-dealing syndicate in the Hostel films. They entertain themselves by tormenting their prisoners right up to the red line, hoping to learn something, anything meaningful from the moment their martyrs cross over.

The film’s heroine, if that’s the word, is Anna (Morgana Alaoui). She is the book club’s Charon. They hide her away and tear her apart, rebuilding her as a creature whose only purpose (and will) is to die. These villains aren’t interested in anything so mundane as an afterlife; they want to believe that dying is somehow wonderful, they want reassurance that when the realization of the end sets in, when we inhabit that liminal land, we are not afraid. They are essentially afraid of fear itself.

At the film’s end (spoiler alert, I guess), the book club’s leader (presumably), having learned a truth (or maybe nothing at all) from the dying Anna, abruptly decides to undress her social face – no makeup or false lashes needed where she’s going – and leave this world for the next, thanks to a pistol to the mouth. The film doesn’t share Anna’s whisper with us. Her words clearly disappoint, suggesting that whatever awaits us, it’s nothing worthy of a literary apotheosis. The book club’s story has no climax. What an awful realization, mustering the clarity of mind and courage to peer over the line – only to find no relief from fear.

Anna has a secret

Inside has earned an international reputation as an extreme, intimate, and original fable about motherhood and loss. It is unpredictable, memorably violent, and wholly committed to its conceits. It is also contrived, stylistically obvious, and a bit silly, but its concerns with the aesthetics of death propel it toward the profound – it shares thematic notions with Martyrs but its borderline farcical violence undermines its message.

The story is thoughtful. I was annoyed by its plot mechanics, but by the film’s mid-point I gave in to its narrative loops and silliness. Its violence is too overwrought to maintain suspense; the film’s power to shock fails early, really as soon as the villain takes a knife (scissors, precisely) to the heroine. By its end, Inside is no less ridiculous than an Evil Dead film. Its much-maligned comic cops didn’t bother me – the film is already far enough past realism and seriousness for them to disrupt it. They’re certainly no goofier than the villain in all of her goth finery.

The best of the French horror new wave reach for a horrible, sublime clarity that blossoms from violence and offal. Inside succeeds in its final act, when the conflict winds down to a battle of wills between two (well, three) failing bodies. Our pregnant heroine, Sarah (Alysson Paradis), asserts her strength here by standing and photographing her life’s end. As with the wicked illuminati in Martyrs, she desperately fights for a beautiful death.

Fighting for the power to die

Why do we watch these films?

We’ll never understand eternity, not really; art is the closest we will ever get. I look for evidence of absolution and transcendence somewhere along death’s border. There is safety in this idea – that great heaps of gore, of insides turned out, of starvation, of cuts and gun wounds and dismemberment, that all manner of horror, can be sublime. That the things that terrify us most, that life’s continuous potential for suffering, can be wonderful. This awful notion gives us the strength to persevere, to persist toward whatever awaits us. That nothing can rob us of this last flex of power, the power to die gorgeously.

Tomb Raider and Interactive Character Development Previous
The Wars on Film: THE THIN RED LINE Next

MARTYRS, INSIDE, and the Quest for a Beautiful Death

The Power to Die in French Transcendental Horror