A bold and strong finish. 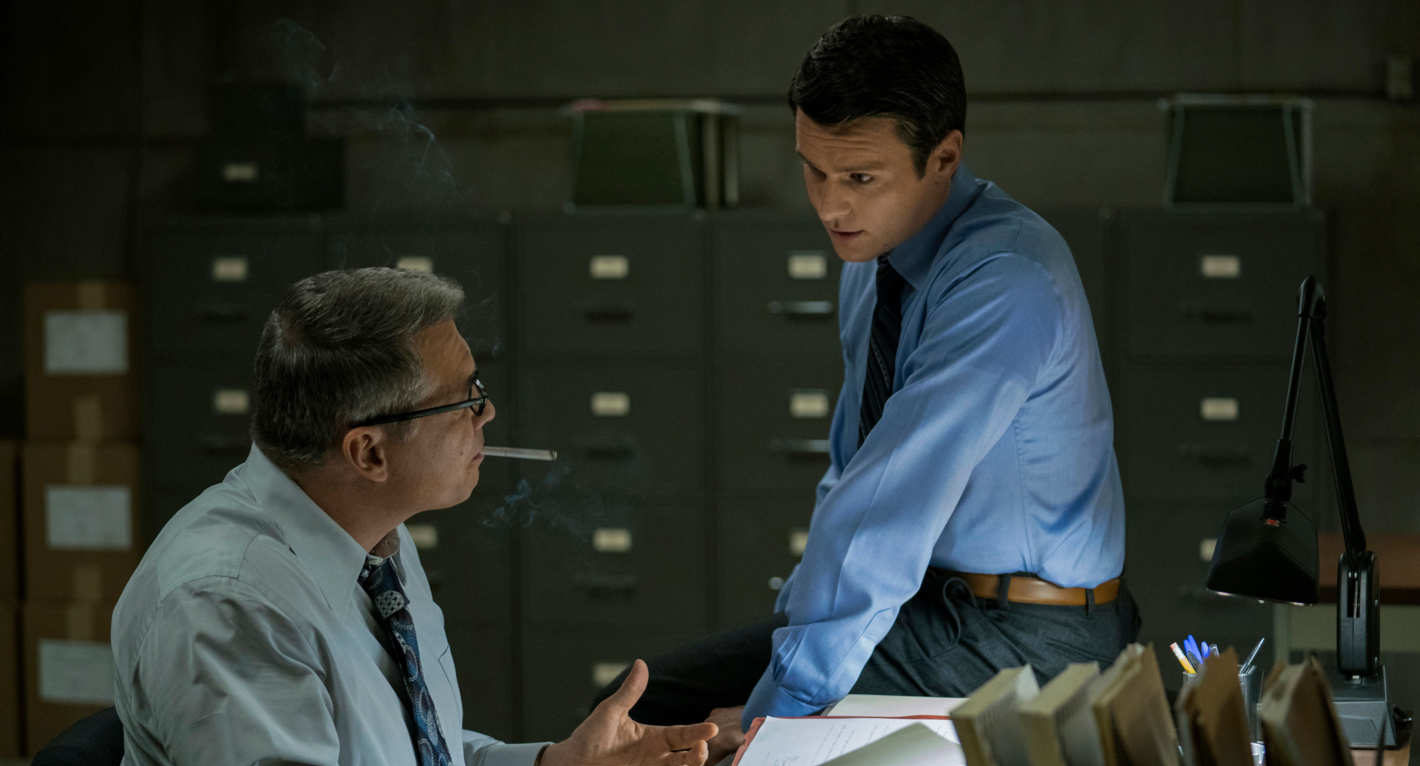 The last episode of Mindhunter puts everyone in the mud, and brings all of their conflicts to a head, with potentially devastating consequences. Since Gregg snitched on the team during the last episode, the team is back in the Office of Professional Responsibility’s crosshairs. I don’t think this conflict totally lands because the script overemphasizes the crass language that Holden used during the interview with Richard Speck (the c-word), saying it “reflects poorly” on the FBI. The real conflict here is that Holden has crossed the line of professionalism many times, becoming more like the killers he’s studying, and less like himself. Of course, the show wants us to ask whether Holden is simply discovering his true self. The writing should have addressed that a little more, but given the rest of the episode I can see why they may have dialed back on answering that question.

That Holden loosens murdering tongues with salacious, crass, and offensive language is not really the primary issue, in my book. The bigger problem with Holden is that his methods are unscientific and unreliable. That instead of working with Bill and Dr. Carr to arrive at some kind of compromise between the dry questionnaire Dr. Carr devised and the run-and-gun style Holden has adopted, he’s become selfish and egotistical.

We live in a world where “fake news!” is a persistent outcry. Now, more than ever, we need to promote evidence-based study and belief. Holden can’t see the forest from the trees. He can’t see that he’s directing a scene, as Debbie tells him, and that as a director he might be getting the response he wants and not actual scientific data.

This being said, no one likes a tattletale, Gregg—it’s a bad look.

You know who sees right through Holden? His BFF Ed Kemper. After Holden shows up in the news, boasting about their profiling prowess, Kemper spots the article and devises a dramatic and risky plan to get Holden out to Sacramento to see him. Kemper’s been sending Holden cards and letters, you see, and Holden hasn’t written back. It’s like the entire show has been building up to this scene, and what an incredible scene it is.

Holden’s upset from his OPR interview, he drank during the flight to Sacramento, and he’s out of patience to talk to Kemper. In this scene, Cameron Britton plays Kemper like a jilted lover who has been ignored for other suitors. Though Holden insists he’s not an expert on killers, he wants to be, and Kemper wants to be Holden’s key to doing that. He wants Holden to value him like women never did. Holden clearly doesn’t, so… well, it didn’t end so well for the others.

When Kemper moves from his bed, the scene begins to resemble a horror movie. His meaty legs hit the floor with a loud thump, his chains rattle, and the long, ugly scar from where he cut himself allows him to resemble Frankenstein’s monster. Jonathan Groff looks scared shitless in this scene, which is a testament to his acting ability. Mindhunter has already been renewed for season 2, but I was still scared for him and what Kemper might do. He and Cameron Britton are fantastic here, and both should be nominated for Emmys.

It’s fitting that on this show Holden would get a psychological comeuppance. In the last review, I wrote that Holden was like Icarus, getting too close to the sun. Now, his wings have burned and he’s seeing up close and personal that he doesn’t know anything at all, because he has no idea how to get away from Kemper. As he lies on the floor panicking and terrified, Bill’s warnings come to haunt him. I don’t know what kind of person Holden will be next season, but I’m really excited to find out.

The last scene of the season isn’t Holden, but our nameless ADT technician, played by Sonny Valicenti. He’s standing outside his house, burning increasingly disturbing drawings. Have you figured out who he is yet?

First SPIDER-MAN: INTO THE SPIDER-VERSE Trailer Looks... Previous
Review: MY FRIEND DAHMER Next