Off the Beaten Path: The UNFRIENDED Films 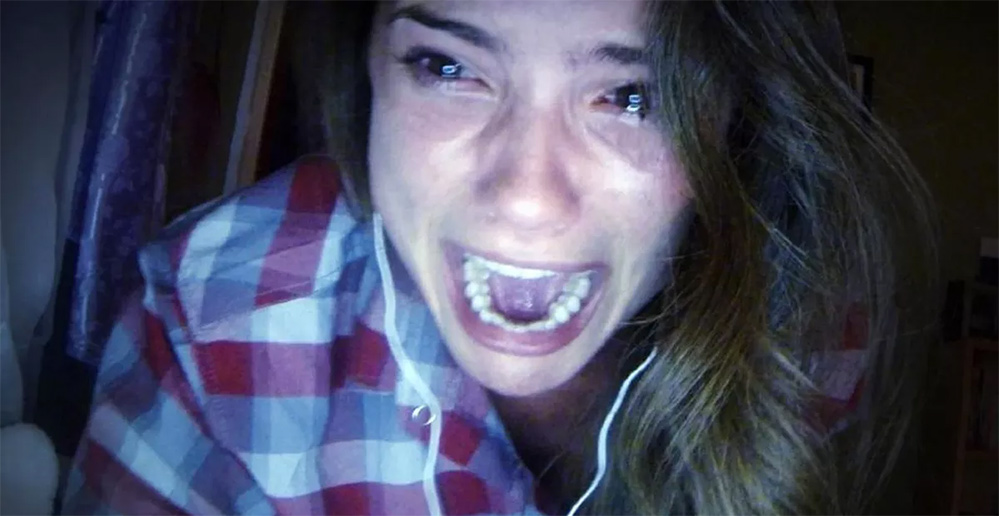 This article has spoilers about the Unfriended films.

Social media and the internet come with many benefits. Information is more accessible than ever before, and long distance communication is immediate regardless of which part of the world you are in. But this reliance on technology, in which modern life is basically impossible without a computer and a cellphone, comes with its share of potential hazards. Naturally, this scenario paved the way for rich cinematic ground, which is how we got one of Blumhouse’s most under-appreciated efforts: Unfriended.

At first glance, Unfriended seems like yet another trite found footage film. And while it does have influence from the sub-genre, it finds clever ways to update its tropes within a context that’s easily relatable for any person in the contemporary age. Unfriended takes place entirely from the perspective of a computer screen in real time, and it follows a series of characters talking to each other via video chat. In the first film, they were all complicit in a girl’s internet bullying that led her to commit suicide. The ghost of the girl comes back with a vengeance and punishes them for their misdeeds. While this premise seems outlandish, the film transcends it by becoming a commentary on how social media has facilitated harassment. On its own, bullying is bad enough as it is, leaving lasting emotional scars on its victims.  The irresponsible use of modern technology throws salt into the wounds by recording the harassment, essentially transforming it into a piece of history that can be revisited like cinema, and making it even harder for victims to get over their traumas.

Unfriended uses sounds and images from computers and social media to build up tension, which works like gangbusters because they’re very easy to recognize and associate with anxiety-inducing situations in our lives. For instance, thinking that the sound of a notification is the foreshadowing of something bad about to happen, creating the need to prepare for the information you’re about to see. While the gimmick of showing the entire film from a computer’s angle appears to be limited in scope, it turns out to be strong use of cinematic language and minimal resources, something that has turned Blumhouse into one of the most remarkable and successful genre studios of our time. In an era where the cinematic experience is being redefined by streaming services and various digital formats, the two Unfriended entries stand out for being the rare type of films that benefit from being watched on a laptop rather than a theatrical screen. They’re still enjoyable in the cinema, but watching them on a laptop adds to the immersion and makes you feel like you’re right there with the characters suffering their horror, since the sounds, imagery and overall experience are inherent to a computer’s functions.

With a premise like Unfriended, it was difficult for the lightning to strike twice, but Unfriended: Dark Web turned out to be an improvement in many ways. The characters in the first film were all contemptible jerks who were easy to hate and have some distance from, which made their eventual demises rather amusing and cathartic. In contrast, Unfriended: Dark Web follows a series of characters that aren’t necessarily the nicest people in town, but have at least, a modicum of decency. Their problems are more the result of human error than malice. What makes this especially scary is that they make mistakes that are common in our daily internet routines because they seem innocuous. Their deaths hit very different emotional notes from the first film, since they accentuate the vulnerability of internet dependency. And the fact that the threat in question are sadistic real people behind keyboards and not a vengeful ghost turns it all the more striking. Not to mention that some of the victims in the film are people who didn’t really do anything wrong with their internet use, but still suffer because of their association with people who did.

Unfriended: Dark Web expands the thematic territory of the series by tackling phenomenons like political vlogging, deepfakes and the constant expansion of urban surveillance, some of the most anxiety-inducing technological landmarks in the 21st century. All of these elements are creatively utilized as weapons by the villains, highlighting what makes them so insidious in real life.

In some ways, the Unfriended series is the spiritual successor to the Final Destination franchise. Both of them follow a roster of simply written characters in a race against an invisible force out to kill them with common objects. They have very specific formulas with small, but important variations that stop them from becoming repetitive. And most of their structure consists in building up to over-the-top deaths.

Hopefully Blumhouse keeps producing more of these movies, especially considering they have had their fair share of success at the box office. We live in fast paced times, and our internet experience is constantly being redefined by technological updates and the events in the world, potentially adding more twists and layers to what we’ve seen until now in the series.