Spielberg has done it again. 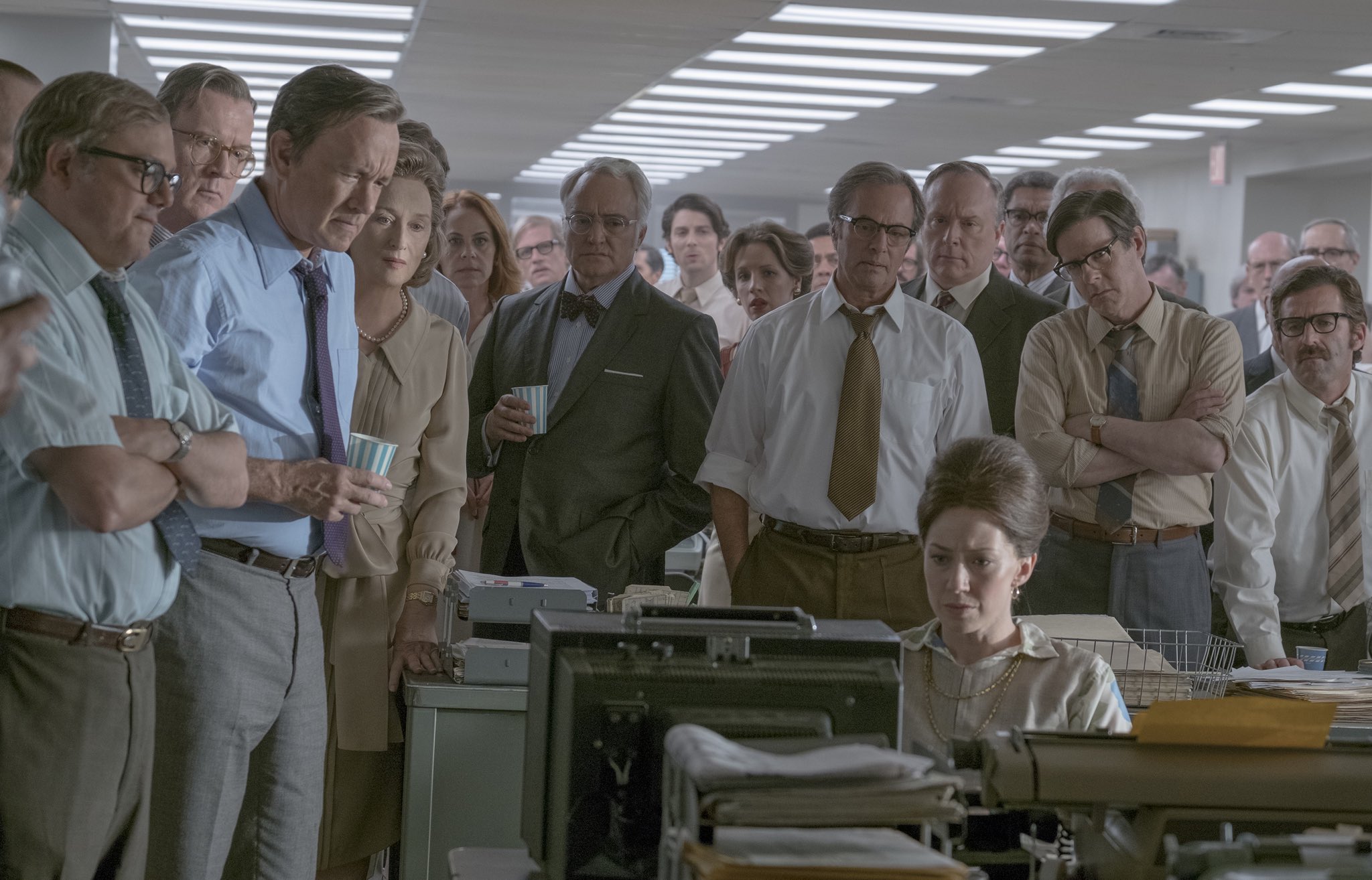 There come times in life where we face decision points. Moments, upon which, the direction of our lives, our fates, and on occasion, the fate of many others hinge. The moments of which destiny is made. Stephen Spielberg’s newest film The Post is about one such moment. A moment in which one of our nation’s greatest institutions, the free press, rose to meet a momentous challenge, and through their courage and conviction, changed the course of a war and a nation. Such a moment, especially in times such as these, demands a truly great film to do it justice, and The Post is just such a film.

The Post tells the story of the Pentagon Papers, a massive, top secret study commissioned by the US government on the war in Vietnam, and how those papers made their way into the public eye via the heroic actions of Daniel Ellsberg and the reporters, editors, and publishers of The New York Times and The Washington Post. And while both Ellsburg and The Times’ part do feature in this telling of the story, the film chooses to focus specifically on The Washington Post, it’s owner and publisher Kay Graham (Meryl Streep), it’s editor Ben Bradlee (Tom Hanks), and the reporters, lawyers, editors, and board members associated with the paper, as they in the aftermath of The Times publishing the first of the Pentagon Papers, and the Nixon Administration all but charging them with espionage, grapple with the decision whether to publish the portion of the papers that they had obtained from the same source as The Times, and the fight that ensues when they decide to publish.

While the aftermath of The Post’s publishing of the papers, and the landmark Supreme Court decision that came of it, are dealt with in the story, the film is less about the result of the act of publishing as it is the journey to publishing itself. At the time in which this occurred, there was no legal precedent to rely on or hide behind to justify the publishing of top secret documents. In the midst of the company’s first ever public stock offering, Graham was faced with an impossible choice, publish the papers, and risk everything, including her freedom, or bury them and sacrifice everything that The Washington Post stood for. She was faced on one side with businessmen and lawyers warning her that The Post, at that time seen as nothing more than a local D.C. paper, might not survive the publishing of the Pentagon Papers. On the other side she had Bradlee and the news team of the paper, telling her that it was the paper’s solemn duty to speak truth to the American people, and that in this case the truth was that the government had lied to them all. Faced with the prospect of losing everything, including the paper that her family had held for generations, Graham risked it all in order to fulfill the paper’s solemn duty.

A film such as this is in many ways a character piece, and like any other character piece it lives and dies on the strength of the performances. The cast of The Post gamely rise to the occasion. Hanks, in his performance as Bradlee, is once again astounding. He has in the latter years of his career built a reputation for portraying characters that speak to the moral heart of the American idea, and the values upon which this nation was founded. In Bradlee he finds a role he was born to play, full of passion, righteous anger, and the hard earned and acted on convictions necessary to change the course of history. Streep likewise does not shy away from the role of Kay Graham. Graham’s arc in the film is one of self-discovery, and finding the strength within oneself. Having inherited the paper in the aftermath of her husband’s suicide, Graham views herself as a woman in her position by accident, not having earned her seat, but rather having stumbled into it, a view shared by some of the members of her board. It is in the heat of the crucible which is the events of this film that she finds herself as a leader, and the strength to take a local paper and turn it into what is now the pre-imminent newspaper in the country. Streep embodies this journey with a deftness that those familiar with her work will not find surprising, imbuing the role with a doubt and hesitance at first that changes and evolves into the strength of conviction for which her moment in history called. Also of note is Bob Odenkirk, in his performance as Ben Bagdikian, the reporter responsible for breaking the story open and procuring the papers for The Post. He imbues this character with an energy that draws the audience in. We feel his fear, his doubt, and his passion at all times and it is a sight to behold.

The Post is first and foremost a story about the power and role of the free press in the life of this country. As such it seems fitting to delve into what may be the most powerful lines uttered in the film. After The Times and The Post published the Pentagon Papers, they were both sued by the Nixon Administration—first The Times, and then The Post when they picked up where The Times left off. The Nixon Administration felt that these papers had no right to publish the documents that they had been given, arguing that this vital information about the truth of the war in Vietnam posed a threat to the security of the country. Within weeks of The Times’ initial publication of the Pentagon Papers, both newspapers found themselves before the Supreme Court, arguing for the vital role of the press. The papers won in a 6-3 decision that reshaped our country forever. The Post chooses to give the powerful words of Justice Hugo Black to one of the editorial writers of the paper, as she recounts them to the newsroom: “In the First Amendment, the Founding Fathers gave the free press the protection it must have to fulfill its essential role in our democracy. The press was to serve the governed, not the governors.” These words, delivered in the film’s most triumphant moment, serve as the central and astoundingly timely thesis upon which the entire film is built. In a time in which those in power lash out at the press, a time in which the words “fake news” are used as a slur to discredit news that the powerful would rather we not hear, in times such as these, a film like The Post is vital. It exists as a powerful and thought provoking defense of this most essential piece of our democracy. It challenges us to stand up for the truth wherever we find it, and to proclaim it with an unwavering voice.

The Post is a marvel of a film. The story it tells is both vital and timely. It is arguably one of if not the most important film that will show in theaters this year. In it, Steven Spielberg has outdone himself yet again. This film rightfully takes its place alongside All the President’s Men and Spotlight as one of the great tales of the press speaking truth about those in power. The Post is in theaters today. Go see it.

Jon's Top Ten Comics of 2017 Previous
Review: THE COMMUTER Next