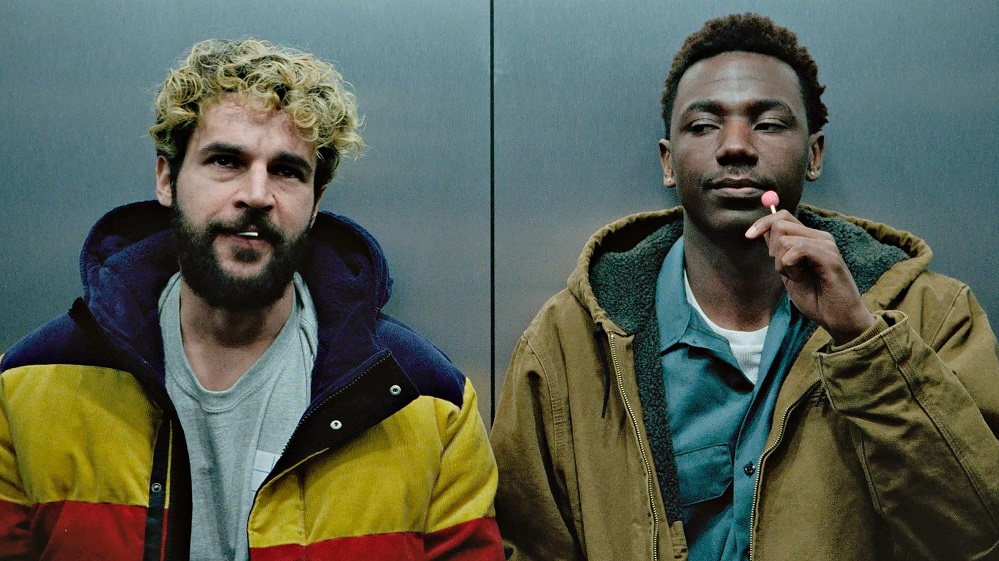 2021 is likely the first and last time I’ll ever get to “go” to Sundance. The combination of the fact that it’s typically held right around the time of my daughter’s birthday and that it conflicts heavily with my full-time work means that I’m probably never going to get the chance to head to Park City anytime soon (even if it’s merely a ten hour drive away). Regardless, this is my chance to shine and get this year off to a strong start via Sundance’s virtual festival. I’ll be publishing my shortened reviews in parts, about five films at a time based on the days I caught them. First up, opening night and day two of the festival:

In the Same Breath

Given the state of the world, I naturally gravitated towards lighthearted fare to start off the festival. Nanfu Wang’s (One Child Nation) documentary about the COVID-19 pandemic’s origins in Wuhan, China and the subsequent failures and cover-ups by the Chinese and American governments is as timely as it is elegantly crafted. Wang, a US-based filmmaker born and raised in Wuhan area, is perfectly situated to handle the controversial tightrope the film is treading. She gives a voice to people who otherwise would have none and does what she can to hold accountable the villains of the story.

In the Same Breath shows how, despite their ostensible differences politically, economically and governmentally, the United States (particularly in the Trump era) and China are two sides of the same rancid coin. Both nations refused to listen to scientists, destroyed the careers of anyone who dared question the “all is well” narrative and refused to acknowledge any problem before it was too late. Wang expertly compares the identical scripts of the state sponsored media downplaying the pandemic to the “free press” parroting essentially the same lines two months later in the United States. Despite her soft voice, Wang’s voice-over commentary is brimming with rage and sorrow.

The first midnight film of the festival, Censor has a killer hook. Set during the 80s heyday of cheap VHS exploitation films (dubbed “video nasties” in the UK), the film is about one of the government’s censors slowly losing grasp on reality after one of the films remarkably resembles an incident of childhood trauma. Directed by Prano Bailey-Bond, Censor does an admirable job of replicating the aesthetic qualities of those home video gorefests while maintaining a modern horror sensibility. Similarly, Niamh Algar’s central performance is worthy of praise as her unraveling from a buttoned up perfectionist to an unhinged maniac is a sight to behold.

As much as Bailey-Bond’s style deserves credit, there are issues with Censor, particularly how much of the film strikes the same note of foreboding dread throughout. So much of the film just monotonously mires in repetitive notes of paranoia that it blunts the effect. And as much as I personally enjoyed the third act’s shift into a heightened grotesquery, the tonal and visual shift (including a slow aspect ratio shift from 1.85 to the VHS-style 1.33) is likely to be polarizing — based on other critics reviews I’m on the lonelier end of this opinion divide. This is a film that opens with a fake VHS whose title is a direct reference to Abel Ferrara’s Driller Killer, which automatically makes it worth the price of admission in my book.

On the Count of Three

Comedian Jerrod Carmichael’s directorial debut (he also stars and produces) is a film with a lot going for it but that ultimately falls short of greatness. The first half — a black comedy about two friends who agree to spend one last day together before shooting each other in a joint suicide — is an often hilarious film that examines depression and friendship in a deeply dark manner. There were lines here that left me in stitches, and Carmichael and co-star Christopher Abbott are delightful together. The line “I’m not listening to Papa fucking Roach on the day I’m gonna kill myself” is going to be etched into my mind for a long time.

The second half, however, is where On the Count of Three starts falling apart. As one would expect, the film shifts into a life-affirming film about love and overcoming depression that never feels earned. To his credit, Carmichael’s direction rarely falters, as this is still a beautiful film with plenty of stellar, fun sequences throughout, but the script by Ari Katcher and Ryan Welch just doesn’t have the same energy in the back half as it did early on.

The strangest film of Sundance, Strawberry Mansion is a film I admired, even if I didn’t particularly enjoy it. It’s about a world where dreams are taxed, audited and the subject to intrusive advertisements. Co-director Kentucker Audley stars as James, an “auditor” of dreams who has to work with an elderly woman who has discovered a dark secret. He has to learn this via viewing her recorded dreams (done by watching a VHS via a helmet that is clearly a cardboard box with tubes attached).

The twee-ness of the film, as well as the capital-Q Quirkiness of it was often too much to bear. It’s just an overdose in the kind of weirdness that you’d expect from a handful of drama kids who got handed a couple grand to make a movie. That said, I couldn’t help but appreciate the low-fi simplicity of it all, and how far they push their miniscule budget. As I mentioned before about the dream helmet, everything is very obviously cheap props and effects work, which makes it all the more charming and impressive. It makes me wish I liked the film more than I did.

Similar to Censor, Knocking is another midnight screening horror film that suffers from stylistic repetition and monotony. Unlike Bailey-Bond’s film, Knocking doesn’t have a compelling hook or a fun aesthetic to fall back on.

The film is about a woman, Molly, moving into an apartment after a stay in a mental institution who begins hearing odd knocking sounds from the floor above her. She questions her upstairs neighbors, none of whom are forthcoming about any potential noises. As the knocking gets louder, more frequent and begins manifesting in physically abstract ways, she starts falling apart at the seams.

The first hour of the film is spent meandering through aimless backstory and tedious scenes of character delusion. There’s a grain of a good idea in Knocking, particularly about how preconceived notions and judgements cause us to point the finger in the wrong direction — everyone treats Molly as if she were just having an “episode”, and Molly accuses all the wrong people for surface-level reasons. The film just doesn’t have enough juice to make these scenes entertaining. By the time the film reaches its climax, it feels airless despite being well crafted.