The board is set. 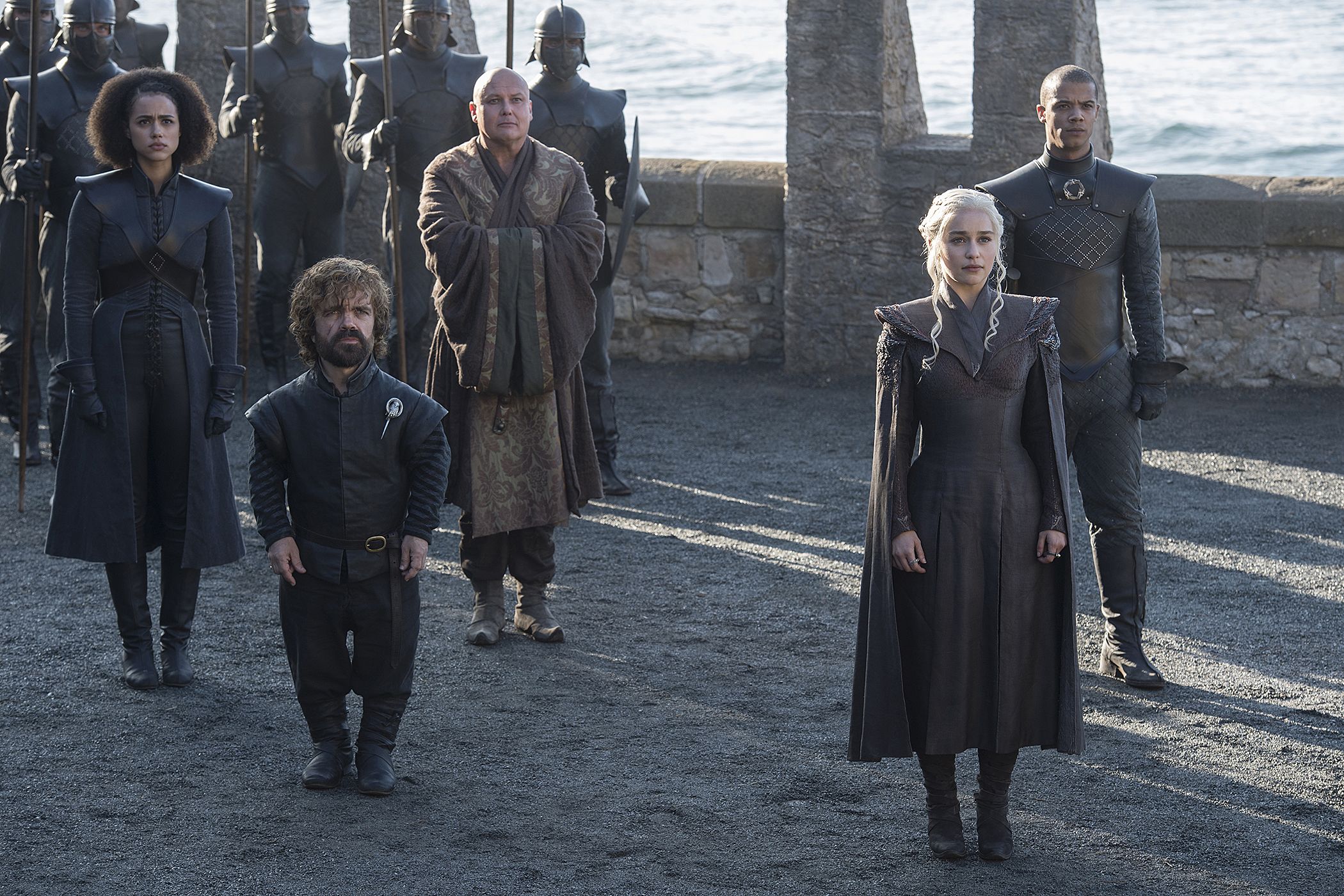 Well folks, that time of year has finally arrived and Game of Thrones is back! We here at Lewton Bus are going to provide you with recaps of each episode as we go through Season 7, so let’s kick things off with the season premiere, Dragonstone! This episode spends most of it’s time setting the board for the season to come which means there’s a lot to discuss and we better dive on in!

This season kicked off in quite the dramatic fashion as we lay witness to the long awaited revenge for the Red Wedding, as Arya Stark, in the guise of the recently deceased Walder Frey invites all of his men to a feast in which she serves poisoned wine. This is followed by hands down one of the most dramatic lines in the history of the show, when she tells a servant girl to deliver a message: “Tell them the North remembers. Tell them Winter came for House Frey”. This really feels like the episode that completes Arya’s transformation into a spirit of vengeance and poses exciting implications for the rest of the season as one of the next scenes confirms that her next target appears to be King’s Landing and the newly crowned Queen Cersei herself.

After the iconic title sequence rolls we are treated to quite the disturbing sight as we lay witness to the Army of the Dead as it marches on, having grown to an immeasurable size over the last few seasons. As the camera pans over the almost never ending army of corpses marching forward, one cannot help but have a moment of doubt as to how the people of Westeros can ever hope to overcome such a force. As we zoom in on the eye of one of the giants in the army we discover that Bran Stark has warged into the beast to view the army’s progress, coming out of his trance just in time to deliver a message as he and Myra Reed finally make their return behind the wall.

Next in our tour of the latest in the status quo of Westeros we are taken to Winterfell, where newly crowned King of the North Jon Snow resides over a meeting with his newly pledged lords. Preparation for the two upcoming wars are underway as Jon is simultaneously working to secure the wall for the future White Walker invasion while also preparing to face down the Lannister armies who will soon be coming forth to challenge him. It is here where we see the first hints of tension between Jon and Sansa Stark, as Jon’s dogged determination to maintain his sometimes naively strict moral compass runs up against the now quite cold and cynical Sansa who, while supporting his claim to the throne, worries that he may be making far too many tactical mistakes if he plans on keeping it. It’s perhaps one of the most  fascinating character exchanges of the series as we watch two characters, who after six seasons of development have grown into very new roles. Jon is now the compassionate leader and brilliant military strategist while Sansa has after her many horrific experiences hardened into quite the political mind. Gone are the boy who sought honor in the Night’s Watch and the girl who only wanted to be queen. We’re also treated to a handful of delightful one liners from Tormund and a vicious barb or two from Lyana Mormont, two characters who at this point excite fans any time they open their mouths. Tormund’s ongoing infatuation with Brienne of Tarth is teased yet again and is as fun as always.

Next we are taken to King’s Landing were Queen Cersei begins to plan for the war to come. Surrounded on all sides by enemies she begins to scheme with her brother Jaime as to how to correctly begin to neutralize the smaller threats and prepare to face off against the larger ones. While this is going on we are treated to a few brief moments here and there where we start to see that Jaime’s eyes are being opened to the monster that his sister is for the very first time. Jaime’s character arc over the course of the series has been a fascinating one to watch and I cannot wait to see what this season holds for the character. Central in Cersei’s plans seems to be an alliance with the Iron Fleet and the newly crowned King of the Iron Islands, Euron Greyjoy. Having mustered a fleet of a thousand ships he has set sail with only two goals, killing his niece and nephew Yara and Theon, and securing a queen’s hand in marriage. At the moment that queen seems to be Cersei, though for now she does not seem overly interested in his advances. Still, the addition of the Iron Fleet to the Lannister forces does go a long way towards evening the playing field as suddenly they have an army that just might be large enough to contend with the many forces coming their way.

Next we check in on Sam Tarley, now well into his Maester training at the Citadel. This features a rather prolonged chamber pot scrubbing montage, the purpose of which is not entirely clear but does serve to lighten the mood just a tad. Sam we see is actively working to discover means of combating the White Walkers and runs into opposition at every turn before finally stealing a handful of books from the library to discover that the castle of Dragonstone may hold the key to Westeros’ survival.

We then pay a visit to Sandor Clegane aka The Hound, and his journey with Beric Dondarian and the Brotherhood without Banners. There’s not a lot of plot development going on here but we are treated to a bit of character development for The Hound, as we see him for the first time express some bit of regret for his past actions, as he stumbles upon the remains of a father and daughter that died as a result of his deeds, and sees to it that they receive a proper burial. Clegane is one of the characters that has come the farthest over the course of the series and moments  like this are a testament to the kind of character development that the show is known for.

Finally we reach the moment that it feels like the entirety of the show to this point has been leading up to. Just before the credits roll, Daenarys Targaryen and her fleet make landfall at Dragonstone. As she and newly appointed Hand of the Queen Tyrion Lannister stand alongside each other staring over the map of Westeros, you get the feeling that the board is finally set and that the final phase of the great game can now truly begin in earnest. All of the characters are on a long awaited collision course with the fate of the entire world in the balance.

It looks like we are in for one heck of a season on Game of Thrones. With the various armies, both living and dead beginning their march across the map, the continent spanning conflict that the show has been teasing since the beginning will now shortly begin. When the dust settles, who will sit on the Iron Throne, and who will stand against the Army of the Dead? There are a lot of questions yet to answer, but this episode does a more than satisfying job of establishing both the stakes and scale of the conflict to come.