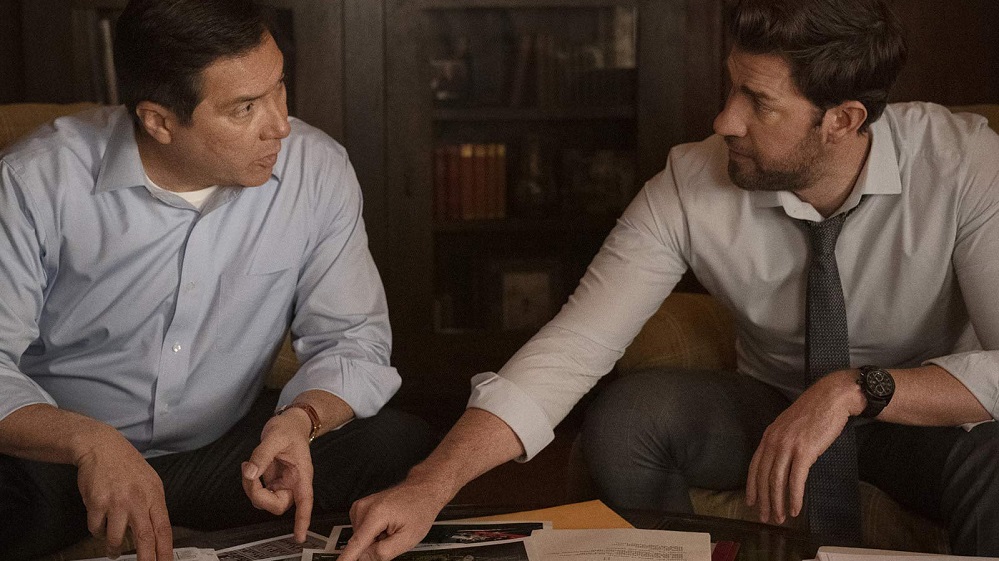 Season one of Jack Ryan ended with Jack as a rising star at Langley and his boss and mentor Jim Greer having landed a big promotion that would send him to Moscow in the aftermath of foiling a major terrorist attack on US soil. As we begin season two, a lot has changed. Jack is now on loan from the CIA as an adviser to a US senator with whom he served in the Marines, while Jim is running ops and working informants on the streets of Russia. But circumstance isn’t going to keep these two apart for long. When their work causes both of them to stumble onto a conspiracy that points to Venezuela, it manages to kick off an explosive series of events that will throw them back into the field together and may fundamentally shift the global balance of power.

As the season begins, Jack is doing what he always does: follow his gut and fearlessly present the conclusions of his research to people in power. When he finds evidence that seems to imply that Venezuela is buying weapons from Russia, he pushes hard for a thorough investigation of the matter, managing to swing a diplomatic fact finding mission for himself and his former Marine commanding officer, Senator Jimmy Moreno.

Meanwhile, on the other side of the ocean, Jim Greer stumbles onto the same information while working contacts within Russian intelligence. After a previously undiagnosed heart condition sees him kicked off field work, Jim stumbles onto the fact that Jack is working the same info that he is and swings a transfer to the US embassy in Venezuela, sending the two men crashing once again into each other’s orbit. But there’s more than meets the eye to this conspiracy they have uncovered, and the events that follow will shake both men to their core.

So that’s the set-up, and from there the conspiracy begins to unfold in classic Clancy-esque fashion. It’s really the kind of stuff that this show does better than just about any show like it on television. It gets into the weeds of geopolitics and explores scenarios that are at times frighteningly possible, digging into the ugliness of it all while never losing sight of the need for good people to be involved in these arenas where shades of gray are a fact of life. It’s a testament to the writing staff that they’ve been able to remain true to these characters while adapting them to a 21st century reality that even Clancy himself struggled with. And that’s something that should be stressed as this season opens up. This isn’t based off a specific book. This isn’t Clear And Present Danger. How could it be, when the world has so fundamentally changed since the time in which Jack was young in the books and Clancy’s primary protagonist? No, the show is intent on thrusting these characters into the 21st century, and a world that might have more shades of gray than ever before.

Everything about this first episode screams that not only is Jack Ryan back, but that it is picking up right where it left off and without easing off the throttle at all. It’s tightly written, gorgeously shot, and brilliantly acted. And the explosive finish that sets the plot spiraling into motion is the most tense and well crafted action sequence in the show to date. It’s official, Jack is back, and he’s never been better.