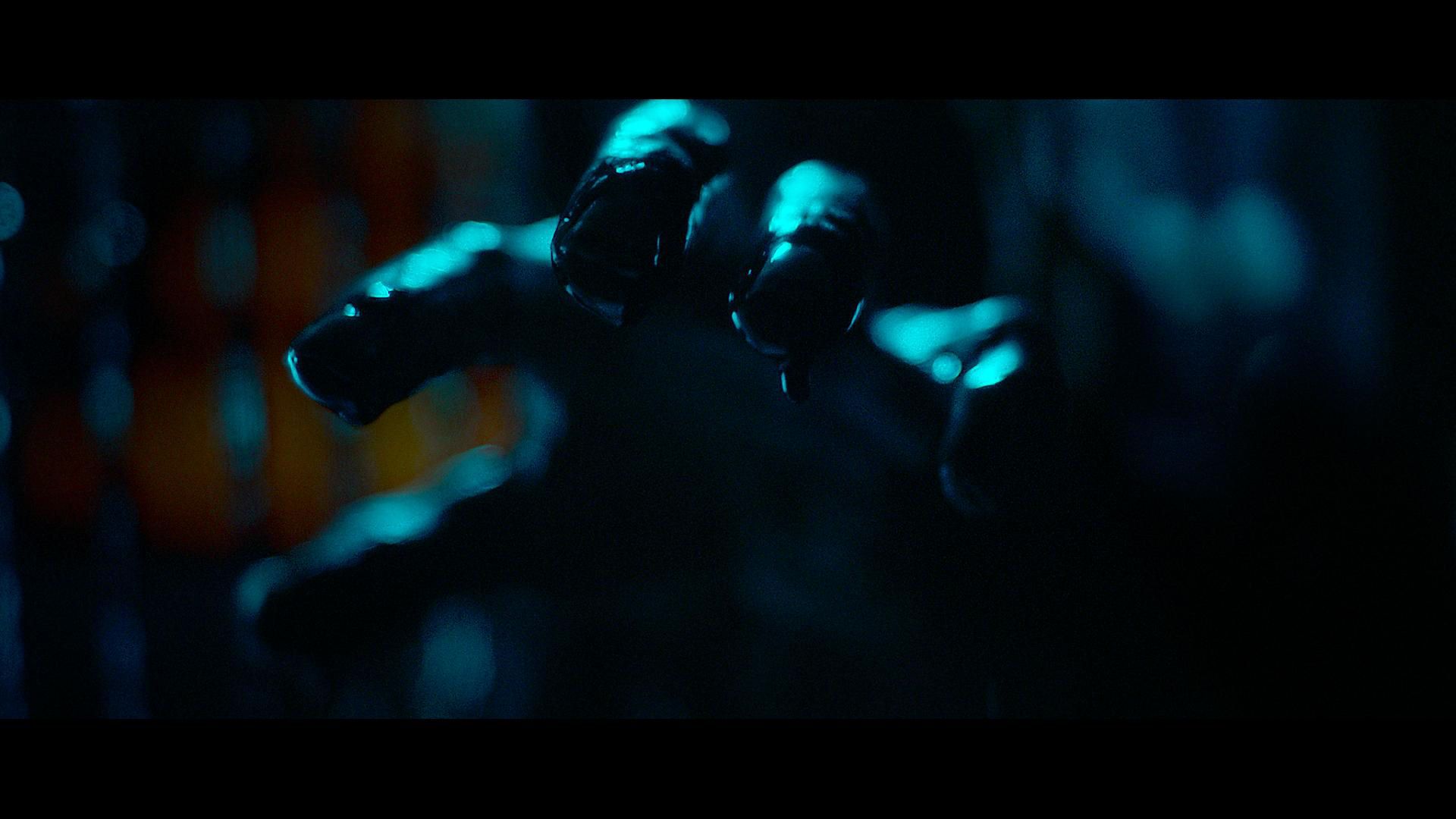 In our regular series Stream of Consciousness we focus on relevant films you may have missed that are now widely available on streaming services. Baskin is currently available on Netflix US.

Spoilers abound if such things worry you.

Can Evrenol’s Baskin is already notorious among international horror fans, widely revered and / or avoided thanks to its non-linear narrative gymnastics and its disturbing imagery. I’m not going to review the film, in a traditional sense, so I don’t know that there is much value to trying to recap its story, beyond the usual internet thumbnail: A group of hyper-macho Turkish cops leave a rural diner (which may or may not have been dreamed) to follow a call about a disturbance at an abandoned building (which may or may not have been dreamed) in a part of town overrun by frogs and ominous gypsies (which may or may not you get the idea). The film gradually ventures more deeply inwards through recursive layers of portents and memories until it lands on a singularly memorable vision of hell. To unpack this ambitious mindfuck, we’ll dive into our own subconsciouses a bit.

I took a few months to get through this a second time – it’s a hellish film from frame one and I can’t say I enjoy it, exactly, although I admire much of it. I’ve seen it called “torture-porn” which is a bothersome reduction, here and elsewhere (I used to resent seeing the label applied to Eli Roth’s Hostel films which are worthwhile social satire as well as splendid indulgences in “grand guignol” gothic spectacle). Baskin doesn’t make any goddamn sense, narratively, but it’s not meant to. It’s a recursive dimensions-within-dimensions sort of thing that does better without strict narrative coherence. I don’t even think the “It’s a waking nightmare” defense (a’la the latter Elm Street sequels) applies here. Its mission is specific, and it doesn’t use any easy deconstructive devices to justify its self-deconstruction.

To make sense of the thing, I’ve begun to frame Baskin as Lynch by way of Hellraiser, which is on-the-nose but accurate. Lynch’s ongoing concern is the revelation and upending of our own stories: pick at a psychic scab long enough and you’ll find the bones of your own narrative, which is a disordered mess of parts, unstable and moveable. It’s a vaguely transcendental idea, that looking deeply enough within yourself opens portals to the seed of your own id, that once you gain access to your metaphysical essence you may reorder your own reality. That dreams and nightmares and Learian concepts of doors of perception all play nicely with multidimensional narratives gives filmmakers many visual tools with which to render the impossible. Baskin begins with the entry of a literal doorway to the subconscious, and employs some of the same key / unlocking imagery that Lynch deployed in Mulholland Drive. These films have no interest in the literal; they all deploy illogic and narrative fallibility to represent psychic disunity.

The film’s nightmares – “The hell we carry with us,” in the film’s parlance – are already legendarily fucked up shit, to put it succinctly. This is scary stuff even for a jaded old horror fan. The leader of the film’s dream cabal, its Pinhead analog, listed in credits as The Father, is a remarkable man, physically; I can easily imagine, upon discovering the actor Mehmet Cerrahoglu, wanting to build a film around him. He is stout, muscular, and wears a face – no prosthetics here – so overgrown with folds that it appears like a mask. The lair that these extra-sensory dream warriors inhabit is an inky black abyss punctuated by candlelight and endless streaks and puddles of blackish blood. It’s really, really, yucky.

I struggled with the film the first time through because its leads are horrid asshole cops who bully civilians and engage each other in bottomless bro jokes. At the same time, however, we witness an alternate timeline in which the men are composed and professional – there is no pretense of an objective storyline so really the characters themselves are just props surfing a multiverse of narrative possibilities.

If we must look for an easy story in all of this, it may be a sort of Damien scenario, the ascension of a devil’s child. The lead guy, Arda, is a young man who has spent his life under the watchful eye of The Father, for reasons that aren’t obvious but that may have something to do with an awful destiny, a retreat into the subconscious so profound that he in essence becomes the new arbiter of this subconscious plane. The son whose fate is to overtake and become the new Father. He has terrible childhood memories (or nightmares) of The Father abducting him in his home; the monster has clearly been a presence in his life from day one. He has designed an end for Arda that requires his own death (as well as the gruesome departure of the boy’s real-life father-figure, his fellow cop Remzi). This is all in there but again, the film is happy to dispense with such literal, familiar horror film stuff.

I’m sure this sort of fractured, non-committal anti-narrative structure frustrates a lot of viewers. It might have frustrated me were the film not such a pleasure to watch and listen to (when I have the fortitude for it). Its consistently razor thin depth of focus exaggerates shadows and heightens the uneasy sense that something horrible is always present, just out of view. The film is drenched in sumptuous blues and reds, an expressionistic choice that evokes the continental horror masters of the 1970s (Suspiria is a spiritual cousin, visually). The production design feels legitimately unclean – it’s easy to imagine dried shit and caked blood lining half the surfaces in this film.

And finally, the music. It is largely built from melodic electronics, consistent with current expectations of horror scores. However, the melodics degenerate into barely readable thrums the further we descend – by the time we are deep within Arda’s subconscious, the only music we hear is in essence a heartbeat. Imagine what you hear when you sleep. One music choice perplexed me, however: the extended hell sequence includes a lengthy quote of one of the more haunting cues from Cannibal Holocaust, a hateful film with remarkable music. This passage certainly emphasize the savagery of the demons’ weird cannibalistic orgies, but feels out of place thematically and knocks any knowledgeable horror fan straight out of the film: The last thing you want to do, as an editor, is remind a viewer too much of a different work if the resonance is distracting.

Baskin isn’t for many. I’m not sure it’s really for me. But, it deals with challenging ideas and is a genuinely horrific experience. I can’t ask much more from a successful horror film.

LIFE Review: The Banal Frontier Previous
Review: GHOST IN THE SHELL Next