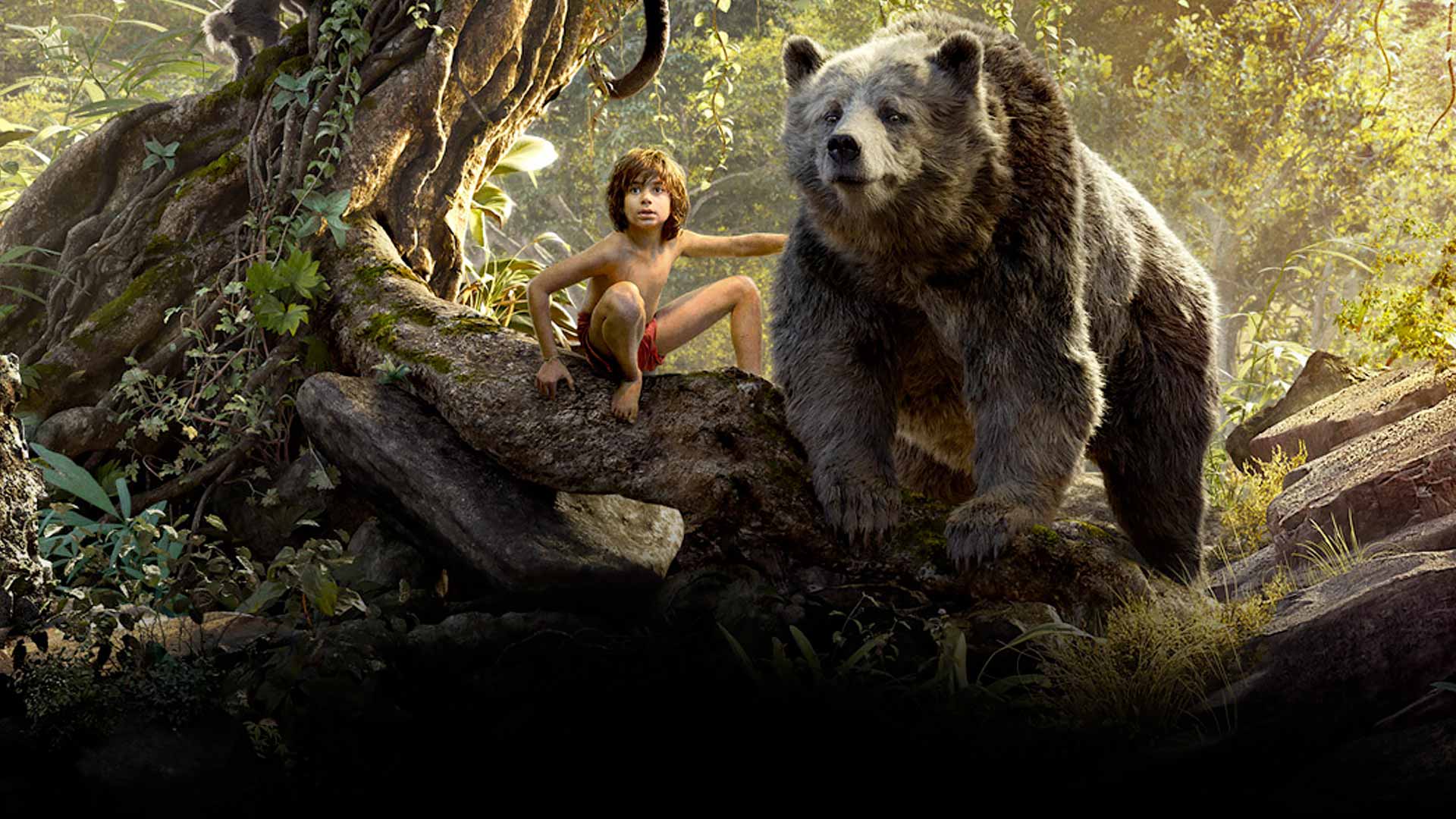 Adam walks us through his favorite films of 2016, a great year for movies despite everyone voting for the immediate collapse of Western civilisation

With 2016 finally over and the first horseman of the apocalypse visible over the nearest hill, it’s probably a good idea to celebrate as much as we can before we’re all carted off to the Trump concentration camps. Which is particularly auspicious, as despite everyone voting for the immediate collapse of Western civilisation this year has actually been pretty great for movies. Blockbuster cinema is at a high point it hasn’t reached in years, the decade’s animation renaissance is reliably pumping out classic after classic and great indie movies are filling up the release schedules, and at the end of the year it’s high time to praise the best of them. I should make clear though that as a British man I am restricted to only films that have been released here over the last twelve months, and per tradition all awards movies are released in the first two months of the new year here. So if you’re wondering why Moonlight, La La Land and everything else people will be fervently discussing for the next few months are absent from this list that’s why.

You may also be wondering why I, this site’s videogame critic, am doing a list of my favourite movies instead of my favourite games. This is because for financial reasons I almost never buy games on release, instead picking them up in a Steam sale some years down the line. In fact I haven’t even played five games released this year. But without further ado:

5) The Girl with All the Gifts

Well this was a lovely surprise. After years of the zombie genre running itself further and further both into the ground and up its own arse in films like World War Z, a little film from dear old Blighty has come out of nowhere to deliver one of the most engaging and effective coming of age stories in years. With cat eating.

The story of a half-zombie girl called Melanie being escorted across post-apocalyptic England by some soldiers, her schoolteacher and a scientist planning to dissect her, TGWATG quickly becomes a fascinating story about discovering your own power and dealing with being part of a group of people who don’t see you as a person. Which all builds up to one of the most interesting and provocative endings this genre’s ever produced, the sort of thing I’ve been wanting to see for years now. And yes, the premise is superficially similar to The Last of Us’ but the execution is infinitely better.

A good part of why it all feels so fresh and new even as its genre is rotting before us is that unlike most modern zombie stories everything is done with purpose. The zombies, Melanie’s sometimes feral nature and the end of the world are all fleshed out and have real meaning behind them, instead of being mere set dressing. The cast are uniformally great as well, from Melanie’s initial wide-eyed innocence to Gemma Arterton’s protectiveness to Glenn Close’s fantastic turn as a wildly unethical scientist. All of which serve to make this one of the year’s most compelling dramas. Or next year’s, for Americans.

I now know what hell looks like. That was the thought that popped into my head fifteen minutes in, as Saul Auslander trudged through the endless, windowless grey concrete interiors of Auschwitz’s gas chambers to drag out the bodies he’d guided in there. It was a feeling that frequently returned during the rest of the film, as Saul ends up exploring every horror of the death camp while desperately trying to find a way to bury his son.

Son of Saul’s greatest strength is just how well it humanises its protagonist and explores his mindset. What could easily have been a one-dimensional noble victim of the Holocaust is instead rendered as a deeply flawed man, willing to do some quite impulsive and callous things for a boy he believes to be his child. László Nemes’ use of extended, shallow focus closeups of him as he goes about his work does a great job of communicating him having emotionally closed himself off from the world, and lets Géza Röhrig’s fantastic performance impart a lot of depth through a very stoic exterior.

This film is like a living nightmare. It never lets up, even during lulls in the story the constant tension and overwhelming atmosphere are crushing. Saul never stops moving throughout, dragging the audience with him as he desperately tries to find a way to lay his son to rest. There’s this sense of inevitable doom which permeates everything, making this film probably the best depiction of facing your imminent, horrible death I’ve ever seen.

I’ve never really been one for horror films. Terror has never been that compelling for me, but there are occasional entries in the genre I really like, which tend to be ones that aren’t primarily out to scare their audience. And this year we got a great one of those with The Witch.

Robert Eggers set out to make a movie that captures what people saw witches as historically, and he does so with remarkable skill for a first-time director. One reason the film is so effective is that it avoids the problem common to period movies of the story feeling like it knows it takes place in the past, which stifles any sense of a living, breathing world. The direction and fantastic production design of The Witch serve to make it all feel immediate and visceral however, which makes the character’s beliefs and fears all the more tangible and compelling.

The film also makes for a really interesting comparison with modern stories about witches like Maleficent, Wicked or Frozen. Those stories exist to subvert the traditional concept of witches on display here, which makes all the antiquated beliefs about women behind such depictions stand out all the more. It all comes to a head with the ending, which deliberately denies the audience the type of closure they’ve come to expect from modern-day witch stories.

2) Kubo and the Two Strings

Laika are easily some of the most talented animators working today, capable of imbuing their films with a thematic depth and nuance rarely seen in children’s entertainment. ParaNorman was a remarkably thoughtful exploration of the soul-eroding consequences of revenge and even Boxtrolls, which was pretty bad, had some interesting ideas about bigotry and genocide.

They’ve really outdone themselves this time however. On one level Kubo is easily one of the most beautiful films in years, a triumph of animation and visual artistry that makes it one of the finest in its medium. On another it’s also a wonderful story about coping with loss, and the place of stories and storytellers in helping us do this. Stories are how humans communicate ideas and experiences to each other, pass on their culture’s traditions and process and interpret their own experiences, and Kubo frames all of these through its protagonist coming to terms with the loss of his family.

What makes the drama ring true though is the film’s refusal to shy away from genuine darkness. Laika’s best films have fantastic endings in part because they’re able to deliver incredible emotional catharses after real tragedy, which feel so much more meaningful because of that tragedy. You have to be in the dark to really appreciate the light.

No prizes for guessing this one. Over the last few years, as every other major studio seems determined to financially disembowel themselves chasing Marvel, Disney have slowly started accruing all the money in the world. This year in fact they netted a quarter of all film revenue, thanks to their innovative strategy of making good films that people like. Ever since Tangled kicked off their second animation renaissance they’ve been reliably putting out instant classics, from Frozen to Inside Out to what is easily the most weirdly timely movie in years.

On the surface Zootropolis resembles some sort of bizarro 2000s Dreamworks production. That company was known then for creating talking animal genre riffs with heavy pop-culture references and all the subtlety of being smacked around the head with a slice of lemon wrapped around a large gold brick, and Zootropolis fits that description very nicely. But unlike those movies, which were almost without exception teeth-grindingly awful, Zootropolis works amazingly well. I guess the idea of your story matters less than the execution.

This film is kind of a marvel. It’s one of those movies I can’t quite believe exists. Five years ago someone at Disney said “Let’s spend $150m on the world’s least subtle racism analogy” and then actually did it, somehow turning out a remarkably deep and nuanced commentary on modern race and gender politics. A good part of its success is down to the worldbuilding. Many modern blockbusters fail because their stakes are built by threatening a world the audience doesn’t care about, but Zootropolis fleshes out its world extensively and wonderfully, meaning when it’s threatened after Judy gives the world’s worst press conference we actually fear for the future.

We also care because of the film’s excellent character work. The extensive cast are all well-characterised despite many characters having only one or two scenes, both through great personality-filled animation and the film’s fondness for small, humanising moments. The two leads are the best of all, with Judy’s character arc being literally perfect.

Many have commented on the movie’s timeliness given the current state of modern Western politics, and for a film that began production around 2010, before cameraphones brought police brutality to the forefront of the news and the far right rose up in Europe and America, this couldn’t be more accurate or confounding. Disney of all people have given us a film about a racist police officer learning to overcome her own internalised bigotries, and teaming up with a member of an oppressed minority to fight a villain attempting to maintain political power by exploiting the public’s racial prejudices. And after the year we’ve had it may just be the movie we need.