Review: A STAR IS BORN

So, first a mass of gas and dust forms through gravitational attraction... 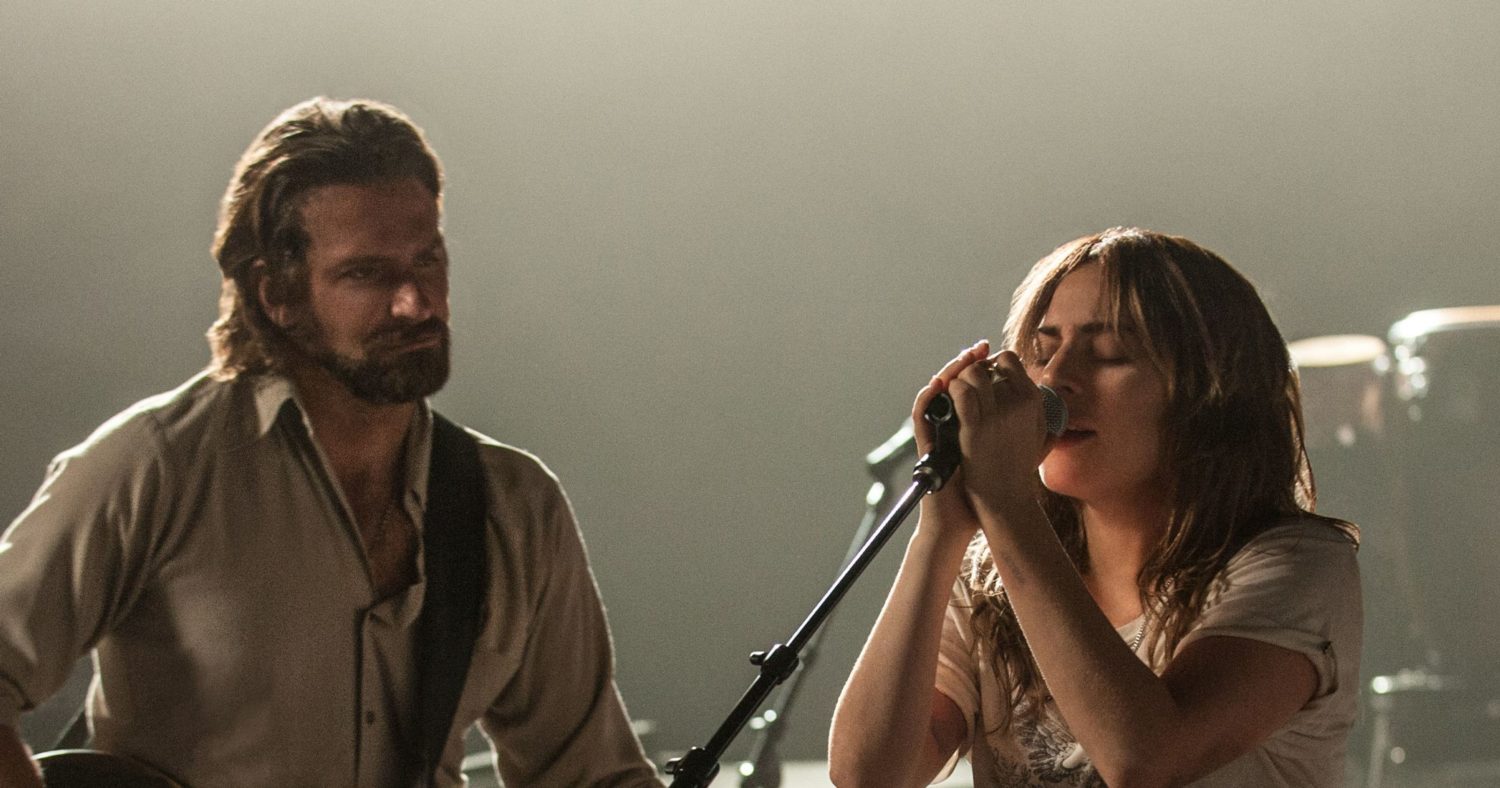 Who do we mean, when we say “Hollywood” like we’re talking about a person?

We say Hollywood loves movies about itself, about the glory of filmmaking and the glamour of celebrity. We say that it loves stories about artists of all stripes, movies that find drama in the struggle to express oneself, and succeed in a mercenary world. We say, while we’re at it, that Hollywood loves stories about nostalgia, that engage with it without being too harsh on it – period pieces, maybe, or biopics, or stories of old cultural icons finding fulfillment in a world that’s left them behind. Who are we talking about, who are these people, really, and why do they get the synecdoche of a whole chunk of a major city?

Whoever Hollywood is, it’s pretty obvious from this profile of Hollywood’s tastes that it would be well-disposed toward A Star Is Born (2018). For a start, it needs the (2018), since it’s the fourth version of a movie from 1937. Hollywood loves remakes, don’cha know, especially remakes of movies it already loves: The previous Stars have gotten an aggregate of 17 Oscar nominations, in the process of being Born.

All four movies concern a young woman with heaps and heaps of natural talent, evident in even her most casual performance, but doesn’t have the connections or the fearlessness to break into the industry. The woman gets both when she meets an over-the-hill legend who recognizes her talent immediately, as well as falling in appreciative, passionate, deeply supportive love with each other at first sight. Metaphorically speaking, their romance gathers enough mass together to start nuclear fusion, turning the cloud of protostellar gas into a star.

Sorry to get astrophysical there for a second, but that’s really how a star is born

I don’t get more specific than “performer” and “industry” because there are all kinds of different settings that would work for that story. There are way more stories out there that redo A Star Is Born than just the ones with the title – movies, books, plays, TV shows, you name it. This one is set in the contemporary pop music scene, and covers a pretty broad swath of genres: Old-school country for dads, folk/rock ballads for moms, glitzy relationship anthems for teens – man, you want to talk about a four-quadrant movie? Anthony Ramos of the Hamilton Original Broadway Cast is in it! You don’t get much more universal than that.

To spackle over the demographic cracks, the movie also features everything from karaoke classics to burlesque routines – sometimes both at the same time. The choice is varied and humanistic; ambitious in a way you wouldn’t expect from a third remake, which is a testament to its creative team.

Which means it’s finally time to talk about that creative team. You have to strike a balance when you’re talking about A Star Is Born (2018), between talking about the general properties of A Star is Born and the specific (2018) component. The latter comes to us from two primary forces: Bradley Cooper, who directs, co-writes and plays the male lead, and Lady Gaga (very specifically not Stefani Germanotta), who composes and plays the female lead.

It’s an interesting pairing, considering how both of them have assigned themselves multiple roles, that place them as both veteran and novice: Cooper is a dues-paying actor who definitely deserves at least some of his many Oscar nominations,1 but this is his first time writing or directing. As for Ms. Gaga, this transition to acting is being pitched as an “Alexander drying his tears and climbing into a spaceship” sort of arrangement, given the breadth and success of her music career – her only acting credits as anyone other than Lady Gaga are Machete Kills and American Horror Story — which counts as range, I suppose.

But let’s unpack that a little. Beyond the stage name, how do we count ‘Lady Gaga’ with regards to being a performance? I’m of the opinion that if you look at the gestalt – all the notoriously elaborate costumes, the eclectic influences of her albums, the whole Tony Bennett diversion – she’s been acting for a long, long time. In fact, to be specific, she’s been literally dressing up to play the part of a pop star, distinct from the persona of her normal self.

That gives her far more preparation for her new task than Cooper has for his. His screenplay, co-written with Eric Roth and Will Fetters, seems divided between naturalism and melodrama; between simply adapting the original theatrical story and making a completely modern version. On that subject, it’s also divided within itself as to the focus of the story: Cooper’s aging country star Jackson Maine definitely moves the story a lot more, and most of the emotion is from his perspective, but Gaga’s Ally2 gets all the best music. In the end, I think Cooper’s side wins out, for one simple reason: When you talk about “Hollywood” like it’s a person, you’re talking about him and not her.

Cooper’s direction also shows signs of division: He makes bold lighting and staging choices, but almost literally every shot is done handheld and features at least one actor in a tight close-up. It definitely shows off the subtlety of the actors’ performances (including those of Dave Chapelle, Andrew Dice Clay and Sam Elliott, not to mention his own), but he genuinely doesn’t seem to realize there are other ways to convey emotion through camera work.

Gaga’s music, though, is where the movie takes off. It’s nothing so drastic as her saving the movie or anything, because the story works in the way that classics tend to. Instead, her performance, her music, her whole style takes a movie that would probably be enjoyable, but unmemorable, and renders it electrifying. Ally’s life parallels both Germanotta’s experience and Gaga’s motifs – to anyone who‘s still chewing over that “God and the gays” comment, this will give you a whole second course.

Her music – both the songs for her and the songs for Cooper – feel specific to her in a way that unites the disparate genres and styles. All the songs are about as on-the-nose in their lyrics as the work of Dewey Cox, but the mood of the movie makes that feel correct – we’re watching something closer to a musical than a movie with songs in it, the emotional drama being conveyed through the art without being contained within it.

The smartest decision A Star is Born (2018) makes is how it uses its songs, especially the big show-stopper “Shallow” – it knows modern audiences probably wouldn’t enjoy an actual through-composed opera, and also that it can’t get away with playing the same song five times or so. Instead, the songs provide the variance in tone that the direction doesn’t, crystallizing the feeling of just how bright this newborn star burns, eclipsing everything, including Hollywood (the person), to turn an awards-season movie into something more.

Hey, at least the movies were pretty good.