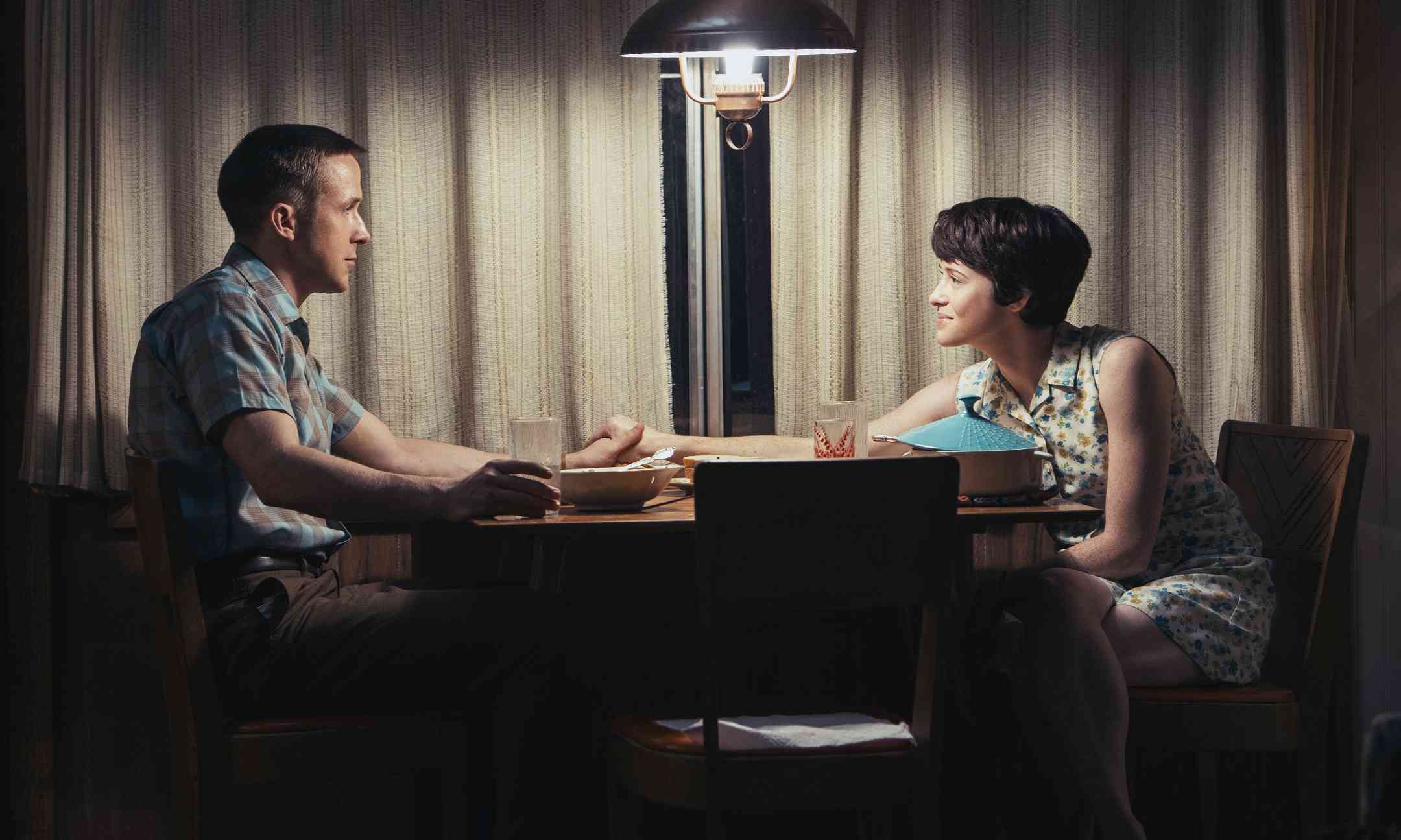 There are moments in history so monumental that those that experience them are forever changed. Moments that define us as a species, where we catch a brief glimpse of the great things that we are capable of achieving, and stand in awe of them. First Man, the latest film by rising star Damien Chazelle, is about the journey to one such moment, and the pain and struggle that paved the way to one of the greatest achievements in human history.

Beginning in 1961, First Man follows the story of Neil Armstrong (portrayed by Ryan Gosling) in the decade leading up to his history making walk on the moon. This is no standard biopic. It has no interest in his childhood, or what inspired him to become a pilot. Instead, the film focuses on the struggles of Armstrong and those around him, in this narrow eight year stretch of his life, along the quest to make history. Equal parts intimate character study and blinding spectacle, the film tracks Armstrong’s triumphs and tragedies along the way, culminating in one of the most powerful sequences of cinema this writer has ever seen.

When it was first announced, there were many that questioned what the exact focus of First Man would be. It was unclear at the time as to what degree the film would focus on Armstrong himself and what focus would be applied to the greater mission. But upon viewing the film, its aim and focus become clear. While figures like Buzz Aldrin and Jim Lovell are present, this is not their tale. The narrative center of this film is always Armstrong and his family, and his relationship with his wife Janet (Claire Foy) is the central one in the film. Neil and Janet take up at minimum a solid 70% of the dialogue in what is not a very dialogue-heavy film. Almost every major event that happens to Neil over the course of the film invariably then turns to how Janet experiences that same moment, with the exception of the lunar landing.

One might question the value in a film focused on Armstrong. Considered by many to be by far the most boring of the Apollo astronauts, it’s not unreasonable to think that somebody like Buzz Aldrin would make a more compelling narrative focal point — but where many saw dullness in Armstrong, Damien Chazelle and screenwriter Josh Singer saw obsessive determination, a theme with which Chazelle has played before. First Man zeroes in on that obsession, that unwavering drive to accomplish the mission and finds deep meaning within it. It sees in Armstrong a man that has sacrificed too much to allow himself to fail. A man driven by tragedy to search for new heights. A man who found meaning in the mission.

While there is a lot of depth and meaning to be found within Armstrong’s story, the limited dialogue could easily have caused the film to fall apart without a strong central pair of actors to carry it, but Gosling and Foy proved more than equal to the task. Their performances are electric and enthralling. Gosling portrays Armstrong as a man about as tightly wound as one can be, utterly consumed by his mission, while Foy portrays Janet’s struggles to hold the family together and maintain her husband’s tether to Earth. Whereas Gosling’s Armstrong is stoic and unknowable, Foy’s Janet is quite the opposite. While Armstrong seeks to find meaning in the stars, Janet desperately tries to maintain his focus on earthbound matters. This push and pull between two of the most talented and hardworking actors in the business is masterful to witness and together they form a powerful emotional core for the film.

While character and emotion matter, a movie purportedly about space travel and the moon landing would ultimately be a failure if the whole space aspect of the movie failed to land. Thankfully that is not a concern with First Man. The moments in which Armstrong and his fellow astronauts take flight represent some of the most amazing pieces of spectacle that we have seen in the cinema in years. From the claustrophobic and harrowing Gemini trials, to the jaw dropping and awe inspiring shots of the Apollo 11 mission itself, the set pieces in this film deliver the goods. This is a film that begs to be seen on the biggest screen possible, but those with claustrophobia or photosensitivity may want to sit this one out. The cramped interiors of the early aircraft seem to close in around the viewer, and the almost disastrous Gemini 8 mission is vertigo inducing. That being said, when it comes to the spectacle, it’s all about the moon landing, and boy does it deliver. Chazelle, cinematographer Linus Sandgren, and composer Justin Hurwitz combine to generate one of the most incredible sequences in the history of cinema, capable of being compared favorably to Stanley Kubrick’s 2001: A Space Odyssey. Whether it’s Hurwitz’s soon-to-be iconic score, or the moment where all the sound drops out as we first survey the lunar surface, the moon landing more than justifies the nearly two hours of build-up and anticipation.

One element too good to pass up discussion of before wrapping up this review is the cinematography of the film. Sandgren already has one cinematography Academy Award to his name and with this film he feels sure to win his second. Sandgren uses 16 mm film, combined with an abundance of handheld camera work for the earth bound scenes in the film, the result being a look not unlike that of old documentaries of the era. This serves to transport us there and creates the sense that we are truly experiencing the events that went on behind the scenes of this great achievement. This alone would be laudable, but a switch flips when we arrive on the surface of the moon and it suddenly opens up into glorious high definition IMAX shots. It’s something to behold, as it allows us the viewer to truly experience the wonder of it all through Armstrong’s eyes.

Plenty expressed concern when Chazelle and Gosling took on this project together that this would simply be yet another awards season biopic, engineered in a lab to win Oscars, and while this film will certainly win at least a few of those, it is so much more than that. First Man is a stunning cinematic achievement, the kind of film that reminds us why we go to the movies in the first place. Like Armstrong himself, the film shoots for the moon, and it hits its target.

Terminator, Technophobia and Timeliness Previous
DIE HARD With a Podcast, Episode 3 Next