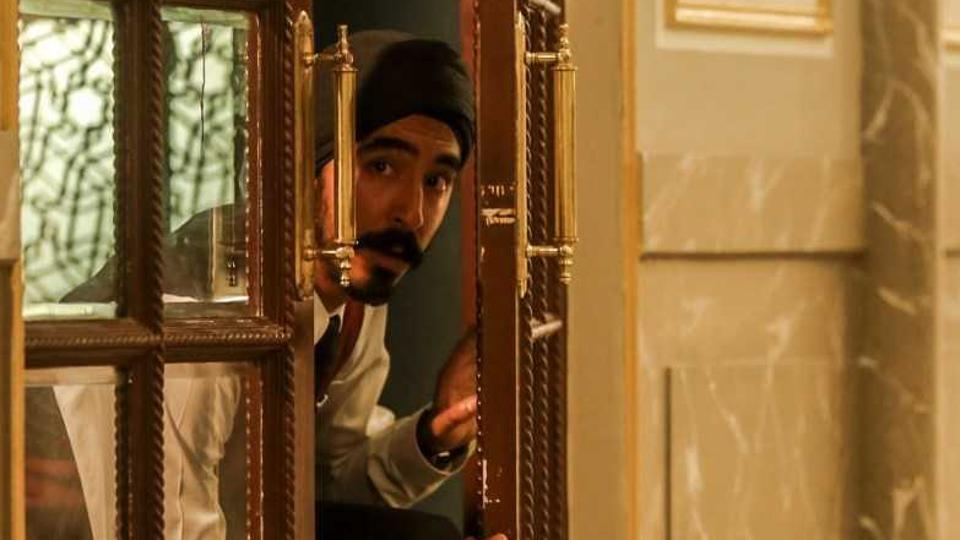 Over 160 people died in the Mumbai terrorist attacks on November 26, 2008. The terrorists shot up, bombed, and incinerated a coordinated series of six locations, stretching thin the local authorities and invoking a sense of terror in the city that anywhere could be next. Hotel Mumbai is a painstaking recreation of these attacks with particular focus on the hostage situation in the Taj Mahal Palace Hotel. It’s a film that walks a fine line between being a moving tribute and exploitation, lacking the thematic depth to avoid the unpleasant nature of watching a real life tragedy unfold on screen.

With a sprawling cast and the ever changing entropy of a terrorist attack, Hotel Mumbai contains multiple characters as focal points for its narrative. There’s Arjun (Dev Patel), the Sikh hotel waiter with a family and a daughter on the way who steps up to prevent any harm coming to his guests. There’s the newly married couple (Armie Hammer and Nazanin Boniadi), their newborn son and their nanny who get separated at various points. Anupam Kher (American audiences will know him as Kumail’s dad in The Big Sick and as Dr. Patel in Silver Linings Playbook) gets a much deserved, borderline leading role as the hotel chef who rallies his employees to save as many guests as possible. There’s also Jason Isaacs as a surly, horny Russian who just wants to survive while drinking the finest cognac in the building. We follow all of these people as they try to navigate and survive the Taj Mahal Palace Hotel and keep their families, loved ones, and guests safe.

It’s hard, maybe even impossible, to watch Hotel Mumbai without being reminded of the works of Paul Greengrass. Anthony Maras’ film is undoubtedly indebted to Greengrass’ aesthetic, tone, and thematic approach. The in-your-face realism and chaotic handheld cinematography thrusts the audience into the attacks. The performances are focused more on in-the-moment reactions than on defined character arcs. The film never touches on any of the complex geopolitical issues at the heart of the 2008 attacks: the attack at the the Nariman House Jewish center is never mentioned and the fact that the terrorists were from Pakistan isn’t mentioned until the ending title cards. Political, cultural, or economic commentary is eschewed in favor of an apolitical, metaphor-less depiction of the events at hand.

Unfortunately with that stylistic choice comes the feeling of borderline exploitation of tragedy. While film is clearly intended as a tribute to the survivors and victims of the Mumbai attacks of 2008, there’s an off-putting element of watching real world horrors for thrills. Maras does an incredible job of making almost every waking moment of Hotel Mumbai unbearably tense. But that tension and bleakness can occasionally feel like a grim dirge, particularly given the film’s lack of thematic depth. The few times times the film does have “something to say” it does so in the clunkiest, most didactic, most “After School Special” way possible — introducing an islamophobic woman halfway through the film whose entire purpose (she gets offed maybe five minutes later) is to make a big show of being racist towards the film’s two leads and being put in her place.

On a technical level, Maras is quite successful at crafting a slowly tightening vice of a film. He gets the most out of performances by Dev Patel, Jason Isaacs, Armie Hammer, and Nazanin Boniadi. The narrative follows characters who often are split up and in different locations, and Maras forms a consistently traceable geography to the Taj Mahal Palace Hotel. His direction never ceases to keep the idea that there’s danger, even death, around every corner. The film’s lense is unblinking in it’s depiction of graphic and brutal violence.

(From L-R) Nazanin Boniadi as “Zahra”, Dev Patel as “Arjun” and Armie Hammer as “David in HOTEL MUMBAI

Which really is what Hotel Mumbai is best at: presenting the bleak, uncompromising violence and terror of the horrifying events of that day in November 2008. There’s no reprieve from Maras’ shocking vision, presented in the most turbulent, grounded manner. Every scene in Hotel Mumbai is gut-wrenchingly suspenseful, but the lack of subtext or artistic statement makes all of that incredible filmmaking feel hollow and even somewhat exploitative. The film may have been intended to serve as a tribute to the innocents of the attacks, but the film as it stands is more exhausting than entertaining.

There are certainly heroes and victims on depicted in Hotel Mumbai, but the film has nothing to say about their valiance and sacrifice.

SUPERNATURAL is Ending and it's the End of an Era Previous
Review: DUMBO Next

Review: THE DEATH OF STALIN

“I’m the peacemaker and I’ll f**k up anyone who gets in my way!”