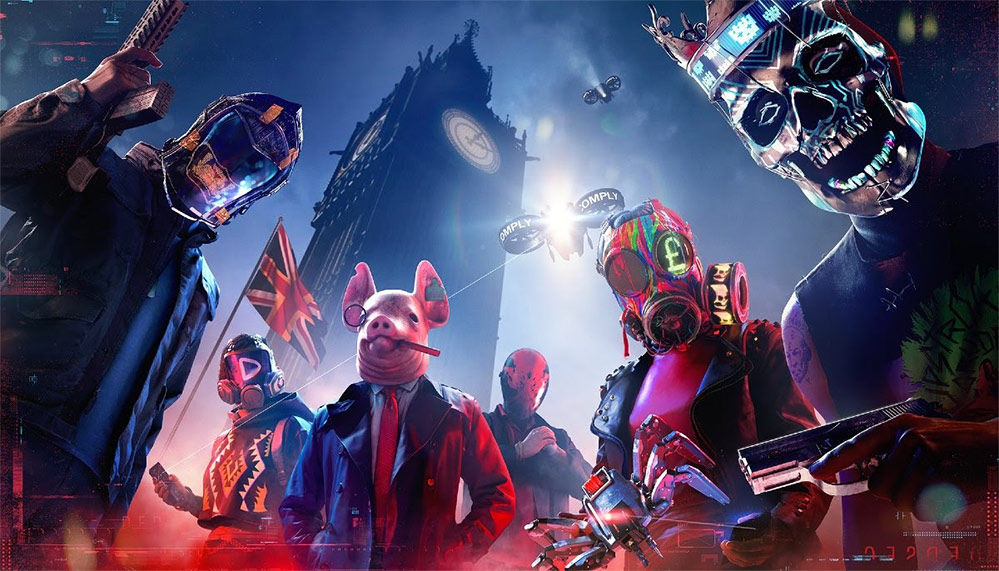 Note: This review is for the Xbox One version of the game

Watch Dogs: Legion was off to a rough start. The reason why this review is coming out a little later than I would have liked is because, throughout its first month of life, the game’s performance was affected by technical issues that prevented it from being played in an optimal state. Most notably, abrupt crashes and progress not getting saved. These issues were so persistent to the point where I decided to take a break from playing the game until they were fixed (said break lasted about two weeks).

And here’s the thing. The reason why these issues were so frustrating is because… I liked Watch Dogs: Legion… a lot.

The first two Watch Dogs entries took place in cities where corrupt forces use technology to manipulate the world from the shadows. Now, Legion takes us to a London where things have gone completely off the rails and the aforementioned corrupt forces commit their atrocities in broad daylight.  DedSec has been framed for a terrorist attack that was actually executed by a group known as Zero Day, which paved the way for Nigel Cass, the leader of a private military contractor named Albion, to take over the streets and impose his own laws.

In full Robocop fashion, the London of Legion is a place where law enforcement is more of a business than a public service, and drones casually threaten civilians under the pretense of maintaining safety. The use of high-concept technology to oppress the lower classes instead of helping them certainly hits hard in a year where police brutality against activists has been at the forefront. Heavily armed soldiers harassing people in the streets and protests are a normal sight in the city, and they inform about the fact that London’s vast resources are not being used how they should.

As for drones, it’s worth noting that these shake up the way you engage in combat throughout the game. Since they attack you from angles that soldiers can’t reach, you’ll have to observe your surroundings more precisely than usual. However, drones can also be used to your advantage with the help of a few hacking tricks. Their firm and cold voices highlight how much of a threat they are.

The heart of Legion is the fact that you can play as any person on the map, from bartenders to Royal Guards at Buckingham Palace. There are two reasons why this ambitious and bold mechanic works. First: every individual you recruit into the DedSec resistance has specific abilities, gadgets and weapons at their disposal. This means some operatives are more suitable for certain missions than others, challenging the players to think carefully which one to choose at a certain moment. For instance, construction workers are great for reaching rooftops and avoid barriers of security thanks to their ability to call aerial transportation drones, spies and assassins are ideal for combat, and professional hackers are faster to download data. Regardless of how you choose to engage with the missions, combat, traditional stealth infiltration and drone espionage all play out in satisfying ways.

The second reason is that even though playing as multiple operatives sacrifices the personality and specificity seen in protagonists like Aiden Pearce and Marcus Holloway, it also drives a very important point home. That major social change requires everyone to participate, no matter how skilled or privileged. Playing with average people from the map makes the situations experienced throughout the story feel especially dangerous, since most of these characters are learning the trades of hacker vigilantism as they go. Aiden and Marcus were street-smart fighters whose quests exposed ugly facts about the status quo. Your motley crew of activists in Legion is a logical evolution of this, where the fight against the surveillance state involves engagement from all walks of life.

The operatives are guided by a series of figures that provide tactical support and context for each mission. Sabine is the charismatic leader of DedSec London, working to rebuild the branch after a crushing assault from Albion. She highlights the human stakes and builds unity for the team. Then there’s Bagley, an artificial intelligence with a sense of humor so dark and emotionally distant that it feels simultaneously amusing and unsettling. Bagley stands out because he helps to ease the tension in difficult moments.

Interestingly enough, the antagonists are the ones that carry most of the thematic weight of the story. In addition to Cass and Zero Day, we have the criminal leader Mary Kelley, the espionage agency SIRS (Signals Intelligence Response) and the mysterious tech entrepreneur Skye Larsen. Without giving too much away, these actors are motivated by a deep cynicism towards humanity, which resulted from experiencing traumatizing events. You understand where they’re coming from, but their pain makes them feel like they’re entitled to manipulate human life without considering consent, dignity and freedom. Because they think control and destruction are the keys to an ideal society.

The Watch Dogs series has always made excellent and unique musical choices for each game, and Legion is no exception. Composer Stephen Barton nails the feeling of being stuck inside a militarized dystopia while having a sense of cool and fun. There’s also a perfectly timed needledrop of The Prodigy’s Light Up The Sky: one of the best moments in the game.

There’s something cathartic about a video game where the story and imagery are very reminiscent of the political events around the world in the last few years. Legion also succeeds in its expansion of the Watch Dogs universe with the possibility of playing as anyone. By the end, I found myself quite attached to the team I built in the campaign, and I liked watching these characters bounce off each other. Just as importantly, the underdog and rebellious atmosphere of the game is a reminder that even if the world finds itself in a cycle of chaos, resisting is always worth the effort.

OFF THE BEATEN PATH: WATCH DOGS