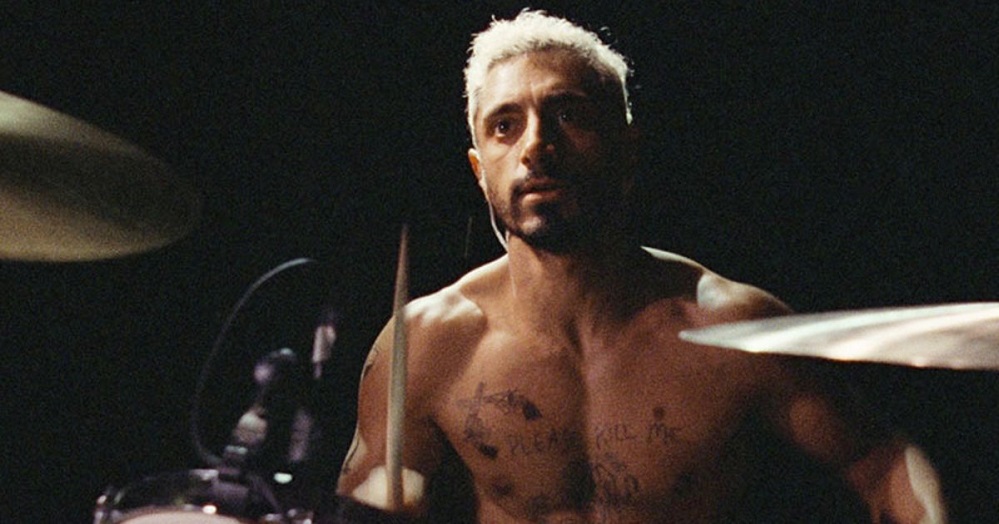 Sound of Metal is a film that needs to be heard nearly as much as it needs to be seen. This is not to discount the career-best work of Riz Ahmed in the leading role nor is it a critique of director Darius Marder’s visual style. Rather it’s a testament to how the film utilizes the often underappreciated aspect of the cinematic experience. There’s something fascinating in the way Sound of Metal hits your ears—an irony not lost on me given the film’s subject matter—whether it be the massive guitar riffs and blast-beating drums or the evocative use of outright silence. No other film in 2020 utilizes the auditory aspect of the medium quite like this film.

Ahmed plays Rubin, a former addict who plays drums alongside his girlfriend Lou (Olivia Cooke) in a noise-metal band. The pair live in an RV hopping from club show to club show, joyously spending nights in shopping center parking lots and road tripping across the country. One day Rubin suffers massive hearing loss, leading him to be sent from a pharmacy to a hearing specialist, eventually winding up at a deaf community suggested to him by his sponsor. Rubin has to figure out how to live with his new life, either finding peace and accepting his new situation or clinging to his music and seeking out expensive surgical solutions that might not work at all.

Ahmed is next-level great in Sound of Metal, playing Rubin’s struggles in a naturalistic and perfectly underplayed manner. So often Marder fixes his camera on a closeup of Ahmed’s visage, letting the subtle expressions of his face say more than a million lines of dialogue ever could. There’s something about Ahmed’s eyes that are impossible not to be drawn to on the screen, both in moments of anguish and bliss. Everything about Rubin’s experience as a former addict colors the performance without Ahmed overplaying his hand. It’s a magnetic central performance that never stoops to showy, maudlin over-acting.

For as great as Ahmed is in the leading role—and I can’t emphasize enough that he is incredible—the thing that sticks with you in Sound of Metal is, well, the sound. The design and mixing of Sound of Metal, from the very first concert scene, is powerful. As Rubin’s hearing fades in and out and his mental state rises and declines, Marder and his sound team (headed by sound designer Nicolas Becker) utilize different techniques, including piercing feedback, varying forms of vocal distortion, and outright silence. It makes Rubin’s state of mind as well as his physical struggles visceral and immediate, rather than something intangible to the audience.

Sound of Metal is a film where enough can’t be said about the craft on display, behind and in front of the camera. Marder and Ahmed use every scene as an opportunity to explore who Rubin is as a person and how his disability affects him, neither romanticizing his condition nor treating it with contempt or pity. I’ve written before1 about how film can better handle and approach characters with disabilities, and Sound of Metal, both in how it tells its story, how Ahmed approaches the character and how Marder has cast deaf characters—including Paul Raci as the head of the deaf community Rubin joins who happens to be a frontman in an ASL metal band—in roles both large and small is a perfect example of how Hollywood has and can continue to improve with the subject.