OFF THE BEATEN PATH: WATCH DOGS 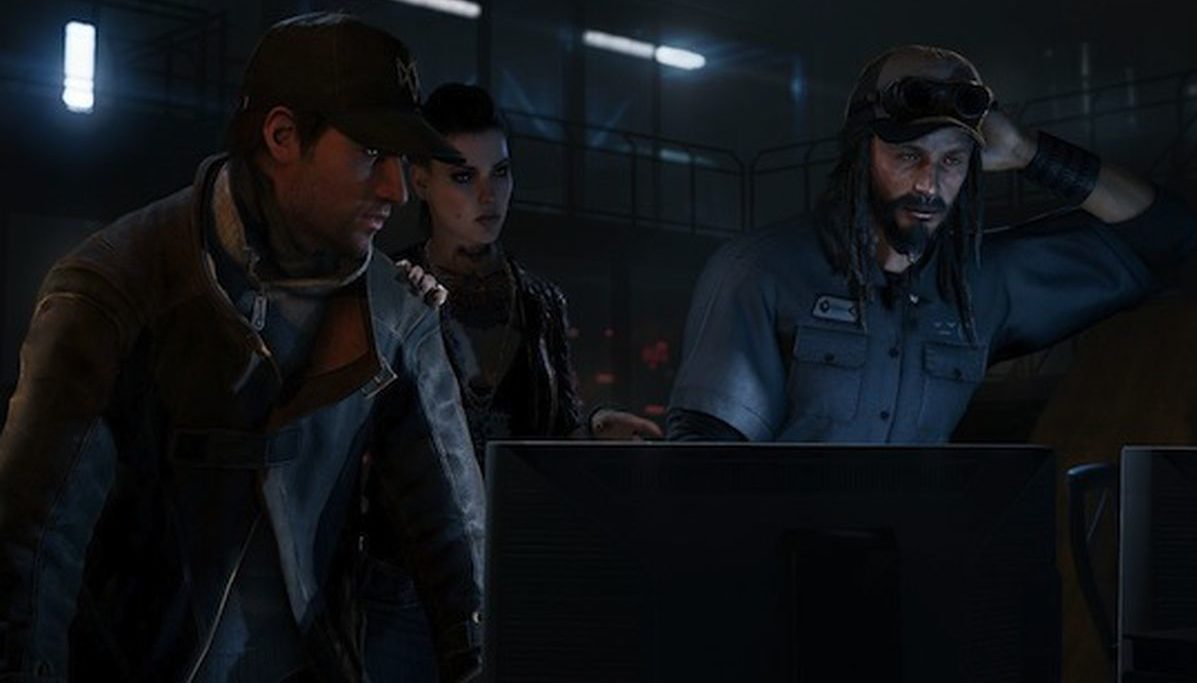 Back at Ubisoft’s presentation at 2012’s E3 conference, a surprise took the event by storm. A trailer that explained all the power and liabilities that come with our ever growing technological landscape. It was instantly intriguing and hinted at a new playground full of possibilities. And just like that, Watch Dogs was born.

You follow Aiden Pearce, a vigilante in Chicago who, with the power of a highly advanced cell phone, can manipulate the city’s electronic infrastructure to his advantage. In the last 12 years, Ubisoft’s games have stood out thanks to their diverse and carefully detailed portrayal of vast cities; and the Chicago seen in Watch Dogs lives up to that long standard. Every corner is a tactical opportunity for your mission, and knowing its geography rewards the players when the action kicks in. Common urban aspects like traffic lights, gas pipes and surveillance cameras can be weaponized to incredibly satisfying effect. Although gunslinging is a good part of the gameplay, the use of Chicago in and of itself as part of your arsenal is what makes Watch Dogs so unique.

However, the game is aware of the fact that accessing so much power with just a few touches from a cell phone is also rather unsettling. The more stealth based missions require the players to use security cameras to spy on specific targets and invade their personal lives to achieve a specific goal. Seeing fights or private self-pleasuring sessions is not exactly what one would call fun, but they do a great job highlighting how this world affects the citizens of Chicago in insidious ways. It gives the game’s atmosphere a very tense, political thriller kind of feel. In other words, Watch Dogs is the closest there is to an Assassin’s Creed game that takes place entirely during the present.

Hacking may be Watch Dogs’ main hook, but its heart lies on another element Ubisoft excels at: creating protagonists with questionable moral compasses that are still compelling and entertaining to spend time with. Aiden Pearce is a fairly archetypal antihero. He’s motivated by the death of a loved one (in this case, his niece, who died in an assassination attempt targeted at Aiden), knows a thing or two about intimidating criminals, and is in constant conflict with the authorities. He’s the type of character that, narratively speaking, walks on a very thin tightrope. The game leaves no doubt that he’s not really a man you would describe as a “good person”. He’s a sociopath walking a path of violence, and this recklessness often hurts the individuals he cares about. Which leads to the thematic core of the story. Watch Dogs is fundamentally about emotionally messed up people who work to make up for their misdeeds in less than ideal ways. They try to distance themselves from their past, only for it to haunt their every step. In his quest to make the delinquents who killed his niece pay, Aiden makes the Chicago crime scene weaker one hit at at time. And yet he continues to complicate the life of his sister and his nephew, who are used by Aiden’s enemies as bait. By the end, Chicago is rid of some of its most powerful gangsters, but Aiden’s family are forced to leave the city, and Aiden’s life in the process. He made Chicago a safer place at the expense of his emotional well being, as well as the one of the people closest to him.

Aiden is accompanied by an eclectic supporting cast of characters with similarly subversive redemption arcs. Clara Lille is a hacker going through a depressive phase who, like Aiden, chose a dangerous life because she’s deeply motivated by guilt. A guilt rooted on an action that is later revealed to be a huge part of why Aiden’s life fell apart the day her niece was killed. Clara understands where Aiden is coming from, and can’t help but see his grief as her own. Helping Aiden is her way of straightening things up, even if the results are not necessarily the ones she’d like.

Then there’s Raymond “T-Bone” Kenney, a master programmer who, in the universe of the game, was responsible for the Northeast blackout of 2003 in an attempt to give a middle finger to the system. T-Bone, who was one of the minds behind the digital infrastructure in Chicago, realized he was working for a flawed system that tempted powerful people into crossing boundaries. But his desperate desire to make a point cost eleven lives and left him branded a public enemy. In order to survive, he became an aggressive maniac isolated from society. But in Aiden’s ability to fight and keep a low profile, he sees an opportunity to use his own skills to attack the system he hates so much; just not at the expense of innocent civilians. It’s worth noting that T-Bone’s saga is later continued in the DLC Bad Blood, where a terrorist hacker named Defalt hunts him down and forces him to take a harsh look in the mirror to fully comprehend the extent of his acts.

Special mention goes to Brian Reitzell’s soundtrack, which has a lot of fun playing with several electronic sounds to instantly evoke a urban environment that’s full of danger, tragedy and paranoia.

For the sequel, the Watch Dogs franchise built on the key elements of the first game, while also taking a somewhat different tonal approach. Watch Dogs 2 was still very much about weaponizing a city (in this case, San Francisco) to stick it to the powerful and corrupt. But the focus was less on personal drama and more on the wider socio-political themes and implications that come with the idea of technology as urban currency.

The protagonist is Marcus Holloway, a hacktivist who operates in a group named DedSec (Clara was part of it as well). DedSec can be described as an amalgam of various grassroots movements in the last decade, like Anonymous or Occupy Wall Street. The cases Marcus takes are not only related to organized crime, but to the commercial technology sector (you can explore Silicon Valley) and government organs. Unlike Aiden Pearce, Marcus Holloway and DedSec don’t really want to eliminate their targets as much as exposing them to the world for the scum they are, paving the way for the public to take action against them.

Considering that the game came out in 2016, of all years, Watch Dogs 2 managed to feel strikingly resonant, since it tackled relevant subjects such as voting manipulation, the use of social media as a tool for misinformation, and even a certain action movie star with ties to a murky cult infiltrated in the highest echelons of society.

On top of being fearless in its politics, Watch Dogs 2’s biggest quality is that it knows its audience. It’s aware of what makes them angry, anxious, and even what gives them a good time. Despite Marcus’ resentment at the system, he still has fun in his quest to know its secrets. The writing gives its characters inner lives with brief, but charming exchanges about their sexual preferences or their tastes in nerd culture while they’re in their way to the next mission.

Another aspect that adds heart to the proceedings is how casually progressive the game is. The character roster includes a Black man leading the charge, a PR tactician of Indian descent, a transgender city councilor and a person on the spectrum, who yes, is very good with computers, but never feels like the type quirky caricature autistic characters are usually portrayed as. Not to mention a subplot that’s deeply sympathetic towards the need for internet anonymity. It’s about how creating a new persona can help to cope with trauma and social anxiety, since it leaves behind the flaws and pressures that come with having a known backstory and a public profile.

A good part of Watch Dogs 2’s personality can be attributed to the composer Hudson Mohawke, who infuses the game with upbeat melodies that convey the youthfulness and easygoing attitude of the characters without sacrificing urgency and tension.

And just like Watch Dogs nailed Chicago, Watch Dogs 2 succeeds at showing a San Francisco that’s generally peaceful, but also shaken by social inequality. From the overwhelming corporate quarters in Silicon Valley to the shiny waters of the Pacific Ocean, you will never feel any monotony exploring all the city has to offer.

As of now, the future of Watch Dogs remains uncertain (maybe this year’s E3 will provide answers about it). It’s a franchise that still displays vast potential, both from thematic and technical standpoints, so I’d be more than willing to check out any possible installments. But if that’s all we get, I’m perfectly satisfied with all the hours spent in this chaotic and entertaining world.

Never Learn Not to Love the First Trailer for Quentin... Previous
Event: ROAD WARRIOR at the Uptown Club Next