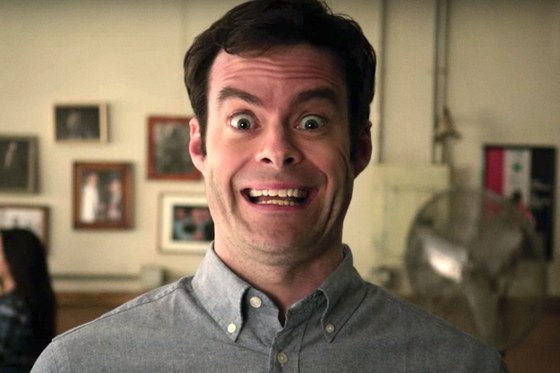 The second episode of Barry, “Use It,” picks up right after the first. Barry, now a full-fledged member of the acting class, has to deal with the fallout from Ryan’s death – on both sides of his life. Sally organizes a memorial show for Ryan, while the Chechens are looking for payback and the police start their murder investigation.

Hader gets the best lines and jokes this episode. Barry’s reaction to Cousineau’s facial and hand exercises is a bit of hilarious physical comedy that comes off as Bill Hader playing Barry Berkman attempting to channel Bill Hader. Barry gets the texting gags and Siri joke (all winners), is absolutely deadpan about playing a child molester opposite Sally, and throws shade at the assassin he killed.

Other actors get choice moments, too. The Chechens continue to be hilarious. Anthony Carrigan, in particular, is so chipper as Noho Hank that he doesn’t even seem to be upset that Barry shot him and his arm “is bullshit.” The actors who play Barry’s classmates get to (lovingly) skewer how ridiculous and narcissistic performing can be, as their characters participate in increasingly bizarre performances at the memorial show (the mime!). Sarah Goldberg shines as Sally this episode, not just getting to help drive the plot but also showing complexity in two pivotal scenes.

In the first scene, Barry nearly has a panic attack as he sees Ryan’s sobbing father in front of him, and flees the memorial show. Outside, he and Sally aren’t on the same page at all. He’s talking about reacting to grief in a way he’s never had to before, as a Hitman who leaves behind destruction without looking back. She’s talking about tapping into genuine emotions. She teaches him that emotions are okay to have and are an important tool for actors.

In the second scene, Barry and Sally continue talking past each other. Barry walks Sally to her door, and before he can say good night she tells him they shouldn’t sleep together, even if they want to. Sally fumbles through a stream of consciousness narration of trying to hint that she’s interested in him, all out loud (and Barry’s confusion at trying to follow it is great). When Barry tells her, “I wasn’t thinking that” she stops in her tracks. Now it’s her turn to look confused.

We don’t have much of Sally’s backstory but Goldberg gives Sally depth, confidence, and agency, while pausing enough for her character to convey a sort of ambiguity about whether she can take Barry at face value.

The Barry and Sally pairing works well because the show stays away from the typical rom-com tropes. In fact, there’s no real “rom” here at all. When Barry first sees Sally dancing at the bar during the first episode, the look on his face isn’t lust – it’s envy (okay, he has a bit of a crush). I’m not sure he knows whether he really likes Sally, romantically, or whether Sally would even like him. But Barry isn’t stupid. He knows that he’s got a very dangerous lifestyle, and that it could come crashing down on him at any moment and Sally (and the mime) could be collateral.

Once again, Hader’s directing is above and beyond and shows a clear vision for geography and physical humor (that hotel room fight!). Similarly, his writing in Barry is so economical and clever. Barry needs Fuches out of his life, and so the Chechens help him out by keeping Fuches in exchange for help with a hit and they don’t even realize it.

In the back of his mind somewhere, Barry realizes Fuches is manipulating and using him. Fuches knows that Barry is a dangerous man, and probably isn’t too sure about where he falls on the spectrum of “people Barry cares about.” He gets some affirmation when Barry agrees to help the Chechens and threatens to kill them all if they kill Fuches, but the audience still wonders because as soon as Barry leaves the Chechens, he ignores Fuches’ plight, opting to attend Ryan’s memorial instead. After all, doesn’t Barry’s life improve if Fuches is gone for good? Barry’s a guy who kills people – even if he doesn’t want to do it anymore he knows it’s a paint in his hitman toolbox, to borrow one of the episode’s more idiosyncratic jokes.

Barry is a tiger on a leash. If Fuches lets go of that leash he isn’t entirely sure what would happen. It’s played for tension and laughs and is effective at both. Barry treats the high stakes of crime seriously while introducing the increasing risk of guilt and grief, all packaged in an uproariously funny show.

BARRY Review: Season 1 Episode 1 Previous
There Was An Idea... AVENGERS: AGE OF ULTRON - Whose... Next