"As Gotham's veins slowly filled with pain and suffering, the effects were felt everywhere." 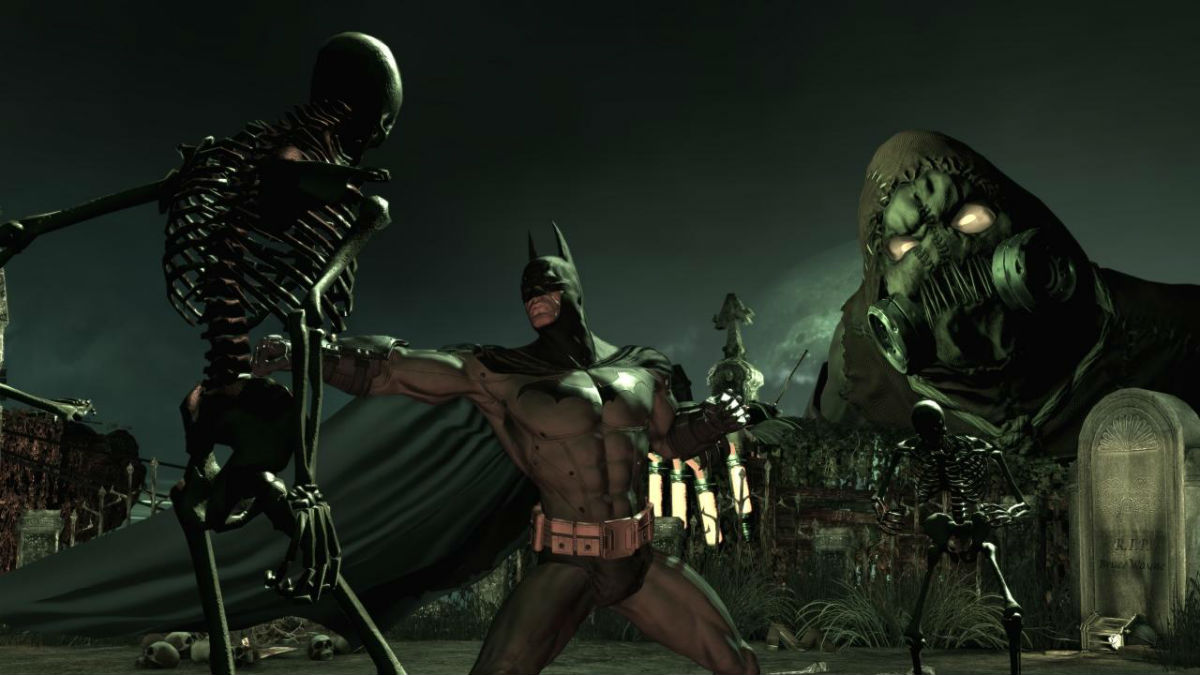 When it comes to superheroes, few have a mythology and a character roster as rich as Batman. Gotham City is a place that’s as horrifying as it is crowded with details that add thematic kick to the Caped Crusader’s fight against crime. Rocksteady knew this, so it used one of Gotham’s most prominent landmarks to synthesize decades of stories into Batman: Arkham Asylum, arguably the ultimate superhero simulator.

In a similar vein as movies like Die Hard or Dredd, the story takes place in a single location where everything is going fine until a villain hijacks it and uses it as a big death trap for the protagonist. Despite the urgency of the premise, Batman: Arkham Asylum rewards players for taking their time to explore their surroundings and discover information that makes the experience more exciting.

Arkham Asylum is full of items with backstory about Batman, his enemies, and the asylum itself, e.g., tapes, artifacts on the background and Riddler’s puzzles, etc. The reason this element works so well, aside from adding some extra challenges to the gaming experience, is that it makes Arkham Asylum more than just a creepy mansion with a bunch of criminals. It’s a place defined by trauma, failure and the result of our darkest tendencies getting the best of us. It was founded on the idea that the worst people society has to offer can find peace and redemption, but it ended up as a nightmare where even the most mentally resilient individuals eventually forsake hope and reason. This conflict mirrors Batman’s continuous effort to not lose control of his mental stability and become like the delinquents he fights. He even imagines the possibility of becoming an inmate himself, guarded by the foes he has defeated in the course of his vigilante career.

A typical Batman story is only as good as the villains in it. Rocksteady took a perfectly chosen group of enemies to create levels specifically tailored to their strengths and personalities. Each section is fundamentally different from each other, so you’re never entirely ready to face what’s coming at you. For instance, with Poison Ivy, you need to split your attention between the diverse attacks of her giant monstrous plant and her zombies, which makes sense considering that the range of Ivy’s powers covers the entire asylum.

As for Killer Croc, you face him in the sewers, which is not only his domain, but one of the most fragile areas in the entire asylum. You’re dealing with a flexible and borderline invisible predator who can appear anytime from anywhere, leading to a chilling sense of paranoia. Croc is constantly taunting you from the distance — not unlike Batman himself when he leaves unconscious henchmen lying around to scare the others. It’s worth noting Croc’s circumstances and how they compliment this particular level. Croc is treated more like a monster than a human, which led to him to be in a perpetual state of internal and externalviolence. He wasn’t even granted a cell like the rest of the inmates, just tossed into the area where no one wants to go. Croc hates that, but decided to make the most of it by transforming the sewers into a landscape where he’s the king and virtually everyone else stands no chance against him.

In terms of level design and cinematic language, the Scarecrow missions are Batman: Arkham Asylum’s crowning achievement. The game cleverly plays with Scarecrow’s fear toxin by transporting the player to a world of nightmares where the rules of logic don’t necessarily apply. Unlike the rest of the game, the camera gets away from Batman and emphasizes everything around him. He looks small, vulnerable, almost insignificant in the large scheme of things. In contrast, Scarecrow is a kaiju-sized master that can take you down simply by looking at you. His loud, overwhelming laugh makes this scenario all the more harrowing. These missions, more than the others, highlight how Batman wins thanks to his intelligence and patience rather than his skills as a fighter, since combat is almost beside the point. This prioritization of mind over body also happens to be what makes Scarecrow such a dangerous adversary as well.

The Joker is the main antagonist of the game, but his dynamic with Batman is different from the other villains. He’s more of a puppeteer setting the rules than a physical or psychological threat, as well as the source of some appreciated dark humor. And thanks to Mark Hamill’s charisma and energy in the role, he remains an amusing presence.

Batman: Arkham Asylum is a unique Batman entry in how the architecture of its world takes narrative weight that would normally belong to plot in order to build the characters and their dynamics with each other. It also captures what makes The Dark Knight so endlessly fun in an experience that balances the character’s trademark physicality, observational prowess and ability to survive under terrifying circumstances.