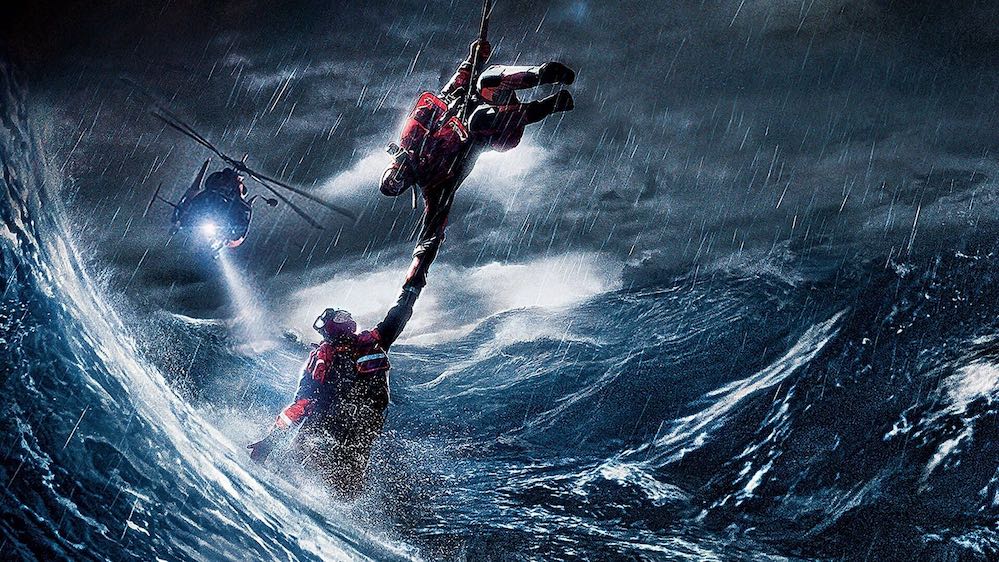 The history of cinema contains a great many tales of military bravery, heroism, and sacrifice. Within the broad gamut of large scale organized conflict, certain movies celebrate the particular strengths and unique circumstances of the different branches of the armed forces. While ground based conflict is primarily the realm of the Army and their many subdivisions (Infantry, Special forces, etc.), The Navy has a wider breadth of combat application, to include the covert assault operations of Navy SEALS, the highflying excitement of Naval aviation, and various forms of ship-based warfare. The Marines have their fair share of on-screen representation, and even the Air Force gets moments to shine on screen.

However.…what is there to be said for the stalwart servicemembers of the U.S. Coast Guard? Though they have always been an integral part of our nation’s defense, there are only a handful of movies based on their selfless deeds. The 2006 film The Guardian was one such movie that sought to highlight the exploits of the Coast Guard for a modern audience. It is quite unfortunate then that the movie, for all its good intentions, never really amounts to much more than a barely passable drama. Even so, I had a soft spot for this movie when I first saw it, and a rewatch highlighted some choice aspects that I felt warranted praise.

The Guardian stars the venerable Kevin Costner as Ben Randall, a decorated member of the highly revered Coast Guard Rescue Divers. Randall has served with distinction for many years, setting records and saving lives at great personal cost. When a particularly perilous rescue goes awry, his command urges him to retire, though he flatly refuses. To compromise, he is instead assigned as the new head instructor for the rescue diver school, where he clashes with the talented but brash young upstart recruit Jake Fischer, played by Ashton Kutcher, looking to make a name for himself.

Each branch of the armed forces has some form of elite unit and/or special operations; for example, The Marines have Force Recon, whereas the Air Force has the highly specialized Pararescue combat medics, also known as “PJs.” Similarly, the U.S. Coast Guard Aviation Survival Technicians (the official designation for the rescue swimmers) is one of the most rigorous, demanding, and dangerous occupations in the world.

The US Coast Guard is a maritime defense force as well as law enforcement apparatus that deals with all manner of federal regulation. Although it is primarily homeland based, many Coast Guard service members have in fact deployed overseas in a multitude of different functions. As well, they do indeed have the capacity for armed conflict. However, they have historically been most notable for their rescue operations.

The film expresses this sentiment well enough through some well-worn boot camp movie tropes. If nothing else, being divorced from combat applications makes the concept of sacrifice in the service of others weigh heavier than most military films, a sort of “purity” to the calling that provides a straightforward narrative morality. At the same time, the movie manages to add a dash of Global War on Terrorism-era weariness (and more specifically, post Hurricane Katrina frustration) through Randall’s grizzled personality and one scene in particular where he actually punches a civilian unconscious during a rescue to keep him from pulling the rescue winch apparatus out of alignment, potentially causing a disaster. There was apparently great attention to detail paid to the technical veracity of both the intense training and real-world execution of rescue operations, and the movie goes to notable expense to bring it all to life with various practical and special effects methods.

Costner plays up the role of an over the hill hard ass suitably, though I think that his performance might feel off to a lot of people. When trying to explore the psyche of a man committed to a life of danger in the service of others, perhaps a more harrowing exploration into the psychological stress and trauma would hammer home the point. In the end, this is not that kind of movie, as it is decidedly more focused on the tumultuous master/student dynamic present in its later half. To that end, Kutcher commits himself admirably as Fischer, using his heartthrob status to sell the youthful passion of his journey. You may recall that Ashton became famous in the late ‘90s and early aughts for his comedic TV role on the popular That ‘70s show, as well as a handful of comedy movies. He made the transition to more dramatic fare with the commercially successful 2004 sci-fi movie The Butterfly Effect, following it up with this film.

Despite everything going for it, The Guardian is ultimately a by the numbers movie that failed to hit big at the box office, seemingly lost to time. Various elements seem dated or unintentionally hilarious (the strange bar fight sequence featuring Costner and Kutcher slugging it out with Navy Seamen comes to mind), but I ultimately appreciated the straightforward story of selfless service, the kind that few military movies ever portray on screen. Though difficult to recommend, I am glad that the movie exists. As it happens, the Coast Guard is no longer under the purview of the Department of Defense, and is currently under the jurisdiction of the Department of Homeland Security. As such, hopes for a better more iconic Coast Guard movie seem far less likely a possibility. Even so, this admirable attempt by The Guardian is worth remembering, and maybe one day soon we will see a more fitting tribute to one of most heroic and selfless units of our uniformed services. Time will tell.