They can take our lives, but they can never take our...delicious fruity liqueur! 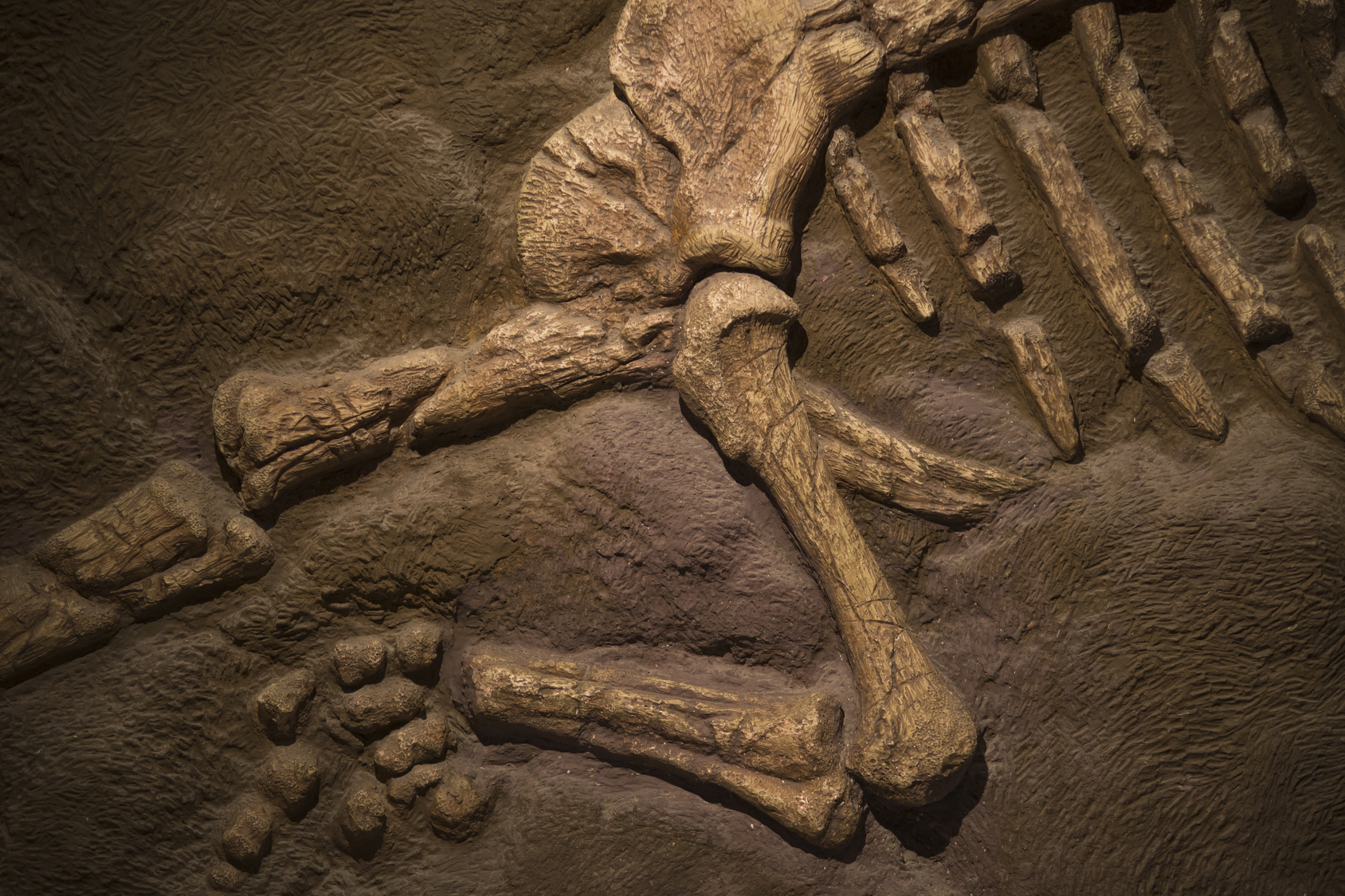 Things We’re Digging is a weekly feature where the LB contributors put forth thoughts on anything they care to think about. It can be anything from movies, books, TV shows, to a porcupine who just wants to learn the meaning of hugs.

Guys! Guys! I’ve discovered this absolutely incredible game you simply must play! It’s post-apocalyptic, but it’s not grim; it’s serious, but it’s also fun; it’s beautiful to look at, without being distracting; it’s got terrific gameplay, but it doesn’t sacrifice the story; it’s—

What? It’s two years old? You want to know where I’ve been all this time?

Yeah, well, about that. Sometimes… things happen. So I fall behind. But I’m working on catching up, okay?

Anyway, this game is basically all I’ve been doing with my free time for the last two weeks, and I can’t get enough. I’ll admit, when you step back and look at the story from a distance, it’s made out of the spare parts of other stories, but the specific way they’re assembled, and the glue used to hold them together, make it feel like a new thing. The gameplay is wonderfully varied, giving you lots of options for approaching most challenges, so you don’t feel like you have to repeat yourself too much. The designs are creative, the virtualized “acting” is sometimes uncannily convincing, and the central character is truly compelling, with wonderful voice work. It’s great.

What’s been really fun is that it’s been a wonderful gateway into the world of bigger, more difficult games for my older daughter. She sees me playing Tomb Raider and Mass Effect; she knows they’re different from the Lego games we usually play together—more complex and more sophisticated—and has been intensely curious to try them. H:ZD, it turns out, is an excellent transition. I’m not letting her raid bandit camps and put arrows through the heads of “real” people yet, but she’s enjoying learning how to hunt machines, and I can hear the vocabulary of the game’s world entering her creative play.

The best part is, H:ZD has given her a visceral sense of deep history that she’s never had before. We live in Europe, and have visited many castles and other ancient sites, centuries or millennia old, but it’s hard to grasp that they weren’t always historical, that real people used to have real lives in these places. So in the game, as she starts exploring the recognizable ruin of a modern city, I point out that Aloy sees these crumbling buildings the same as she herself sees those castles. And she pauses, staring at the screen, the wheels turning in her pre-teen brain, an understanding grin slowly appearing on her face.

It’s strange, but H:ZD has turned out to be not just a fun game, but also a fulfilling parenting experience.

So what if I’m late to the party? Good stuff is still good stuff.

Hearing Toro y Moi’s latest album, Outer Peace, sent me into something of an existential panic. I’d spent months under the comforting certainty that Kacey Musgrave’s Golden Hour was the best album of 2018, and yet here was Toro y Moi testing my sanity. Outer Peace is a brutally efficient but playful synth-hop masterpiece—it’s a 30-minute, 10-track odyssey that swaggers (“Fading”) and sighs (“New House”) through our hellscape of a present, with tongue firmly planted in cheek. If there’s any perfect encapsulation of the Trump era, it might be this, from “Laws of the Universe”:

I said, my opinions outweigh my doubts

Or maybe, I just pay attention

I don’t give a fuck

But what to do about the LSD-soaked country-pop delightfulness of Golden Hour? Well, it turns out Outer Peace was actually released in 2019 so there’s no conflict. Oops.

Anyway, stop listening to me and go plug into Outer Peace. If you’re unsure, start with “Laws of the Universe” above and then think about how you’ll apologize for ever doubting me.

I would like to note that I have not played this game. But I have watched others play it via this internet contraption and I am excited to purchase and play this game when I have free time. By my calculations, that will be in around 3 months. You have no idea how much I’m looking forward to having free time to spend in this spooky virtual world. I just want to kick back with a cold glass of Campari, lime, and ginger beer (trust me, it’s good) and run circles around Mr. X (because he seems like a slow but relentless motherfucker).

Campari is an herby and fruity liqueur that tastes great with fruit and some fizz to it. I also really like it because it’s a fun red color, which pairs nicely with the bloody halls of the Raccoon City Police Department. Thanks for tuning into this week’s edition of the Lewton Bar.

Dragon’s Dogma: Dark Arisen is one of those wild and fanciful cross-cultural combinations that doesn’t quite work but is all the better for it. Developed by Japanese heavyweight videogame developer Capcom but designed in the “style” of Western RPGs, Dragon’s Dogma is an often hilarious, fulfilling, and weird gaming experience that is somehow still consistently thrilling and impressive.

Playing as the lead character from Dragonheart, essentially, a big ol’ Dragon comes to plague the land and personally takes your heart (and chomps it) because he’s kind of a dick. This is all part and parcel of the legend surrounding this infamous dragon, who every generation emerges to wreak havoc across the land while an “Arisen” (that’s you!) has his heart taken away and is compelled to track down the dragon and fight it.

While this game is rife with the kinds of banal fetch quests and Kill Monster quests and, yes, Escort quests, that have defined western RPG mechanics for years, Dark Arisen does the nice thing of allowing all these quests to hum in the background as you go about actually doing things, or simply exploring. Some of my favorite experiences have been having to drag some hapless low-healthed moron halfaway across the entire map in clear defiance of good sense or having the ability to handle the monsters we meet. It’s delightful and pulse-pounding.

Part of what makes the game so fun is simply playing it. The combat and controls are simple but absolutely a blast to execute. You learn new moves and map them to buttons on your controller, and then unleash them on enemies in battle. You can flit about the battlefield, armed with dual daggers, cutting and kicking your way through opponents, but leaving yourself open to attacks. Or you can wield a massive hammer and lay waste to enemies, shrugging their attacks off with heavy armor and little regard for your health. If you see the picture up top there, that’s my guy, mounted on the back of a cyclops, stabbing it in the head with a flaming golden bastard sword I earned as a gift for collecting plants.

This is an older game that was remastered in the Dark Arisen iteration, and I’m glad I finally made the effort to crack it open. I’m finally back on the main quest line and can’t wait to see how this insane world turns out. Also I want to kill that goddamn dragon.1

When you look at recidivism rates, you start thinking. If they want you back on the inside no matter what, you might as well take matters into your own hands, get out while you still can. This is the last time you’ll hear from me – maybe I’ll send you a postcard.

Another successful installment of Things We’re Digging complete! Be sure to check out our future editions as we see what everyone here has been appreciating lately. And stop on down in the comments to let us know what you’ve been digging lately…

Review: US Previous
SUPERNATURAL is Ending and it's the End of an Era Next