Review: THE BOOK OF HENRY 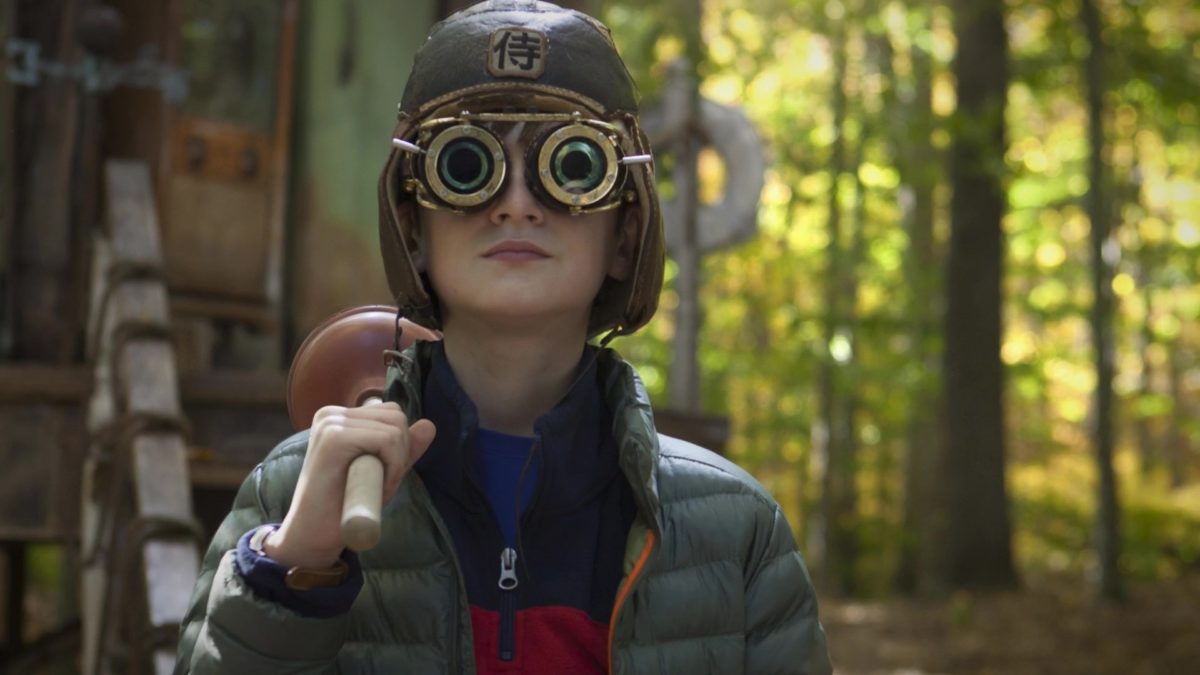 And like that, we’re introduced to the sociopathic and morally repugnant mind of the titular character of Colin Trevorrow’s The Book of Henry, a film that’s too conceptually bonkers to be completely written off, but too lifeless and inert to be an enjoyable trainwreck.

I can’t really get dive into this without spoiling most, if not all, of the film, so major spoilers ahead.  Read at your own risk.

Set in a small suburban town (check), The Book of Henry revolves around the self-described precocious (check) Henry and his life living with single mother (check) Susan and younger brother Peter.  Henry’s next door neighbor and crush (check), Christina, is being abused by her cartoonishly evil stepdad (check), who is also the police commissioner.  Pretty bog-standard wannabe-Spielberg stuff so far.  This all inspires Henry to plot ways of rescuing Christina from her violent household, eventually leading him to plot the murder of the police commissioner down to every little detail.  Oh yeah — and, plot twist, Henry dies halfway through the movie of a surprise brain tumor.

I should also mention that Henry is a boy genius who speaks using big words and phrasing that causes everyone around him to ooh and ahh any time he opens his big dumb mouth — and boy, does he let that yap run. We’re introduced to him first condescending to his fellow classmates, giving a dopey speech that reads like a draft an Obama speechwriter wrote circa 2007, and then finally condescending to his teacher, all within five minutes of meeting him.  Henry is one of the most insufferable characters ever created,1 and nary a minute goes by where we don’t have to sit through his quirky dialogue.  He’s a modern day adaptation of Poochie, where when he’s not on screen, all the characters sit around saying variations of “where is Henry” or “What would Henry do?”  Even after he dies, we’re still treated to constant voiceovers via recordings he made instructing his mom to carry out his savage plan to murder the police commissioner.2

Can we just stop for a brief second and take a moment to appreciate that somehow this script got A) written, B) greenlit with a not-insubstantial $10 million budget, and C) directed by the man behind the fourth largest box office hit of all time, who had just been given the reigns to a dang Star Wars film.  This is, essentially, a film about an eleven year-old savant who dies of cancer and wants to murder the police commissioner.  Who looked at that and said “let’s make this movie?”

I’d also like to add how insultingly stupid the events leading up to Henry’s realization that he needs to murder the police commissioner are.  First of all, the administration of the school he attends decides that one CPS call is enough and “welp, can’t do anything else about it” which either indicates that screenwriter Gregg Hurwitz either wants his administrative characters to be Joe Paterno level monsters, or doesn’t know how schools work.  Every level of school employee is responsible to call CPS if there is even a hint of something going on, so a principal deciding “nah, this guy is too powerful” is preposterous.  Also, apparently the abuser’s brother runs the CPS in their town, which is a conflict of interest that not a single person bats their eyes at except for perfect ol Henry.

Anyway, none of this preposterousness is helped by the fact that Trevorrow films the entire proceedings without any hint of self awareness or tone control.  The first and second acts are shot and composed almost entirely like a run-of-the-mill Amblin film, and the film never leans into the shift in the final third to a film about murdering the police commissioner.  On paper, this is some horrifying developments — grieving over a lost child and sibling, handling the knowledge of an abusive parent, not knowing how to move on in life.  But the film merely treats this as perfunctory, as each character gets one or two scenes to mention “hey, I’m sad about Henry” and then they completely move on so that they can get back to the “good” part: plotting to murder the police commissioner.

Sadly, the performances aren’t even enough to salvage The Book of Henry from being a nightmare, as, with the exception of Room’s Jacob Tremblay, they all fall between bland and aggressively irritating on the acting spectrum.  Jared Lieberher can’t do anything with the material he’s given, which unfortunately leads to him playing Henry like a cross between Sheldon Cooper and Patrick Bateman, which isn’t exactly a strong combo for what is supposed to be one of our “heroes.”  Multiple Academy Award nominee Naomi Watts is mostly disconnected and dry, never really breathing any life into her role as Susan.  Most wasted, however, is Dean Norris as child abuser, police commissioner, and potential murder victim Glenn Sickleman, spending most of the time glowering or looking confused, usually while raking leaves or sitting in a chair doing nothing. We also get ten minutes of Sarah Silverman being pretend drunk and making light of alcoholism, for some reason.

Tremblay, however, is phenomenal.  In a film devoid of nearly anything evoking an honest emotion outside of eye rolling, Tremblay’s Peter is the only character who inspired anything close to an affecting reaction.  There’s a moment, after Henry has died, that Peter breaks down after coming to believe that everyone would be happier if he had died and Henry had lived (which is probably correct, given how the film treats Henry as both omnipotent and the be all end all of humanity), and Tremblay sells every single second of it.  It’s a great performance, and one that deserves a better film around it.

I can’t emphasize how much this movie should have worked for me — it’s such an absolutely insane premise that I can’t help but, at minimum, have a morbid and somewhat masochistic curiosity.  It’s just that, as is, The Book of Henry is so flat and monotonous that the entire proceeding feels more like a chore than enjoyable trash.  The film could have either leaned into the absurdity of its premise or it could have used it’s gonzo concept to deconstruct the 80’s and 90’s kids-based movies.  Instead, it just suffers through a middling and straightforward first half and a second half that somehow makes a dead 11 year-old plotting to murder the police commissioner feel tedious and uninteresting.  This film had almost no chance of being “good”, there’s no reason it should have been boring, which is the biggest criticism I can lob at something so impressively ridiculous on paper.

I give this film 1 murder of the police commissioner out of 5.